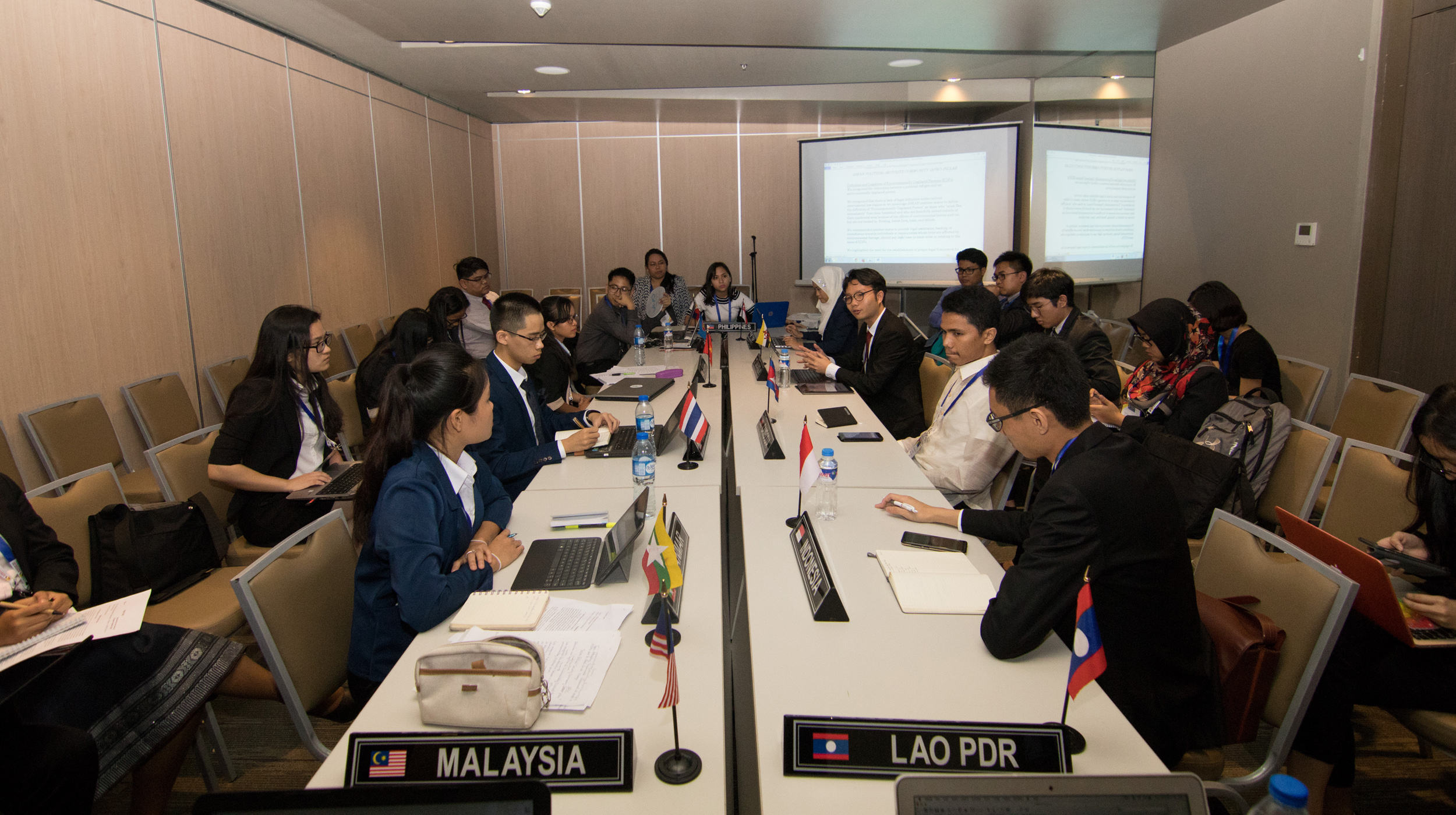 MANILA, Sep 30 (Reporting ASEAN) – The meeting starts to get heated. Voices begin to rise. The back-and-forths among those present, unhurried just moments ago, quicken with impatience.

Projected for all in the room to see is the text of a draft statement by ‘senior environment officials’ that was the subject of negotiations. Highlighted in blue – indicating its inclusion was up for discussion via consensus – was the phrase “and be open to new research institutes”.

Nine of the 10 participants, representing the 10 member states of the Association of Southeast Asian Nations (ASEAN), agree that the said phrase is a non-issue and should stay in the document, because it is simply a matter of principle.

The lone dissenting voice comes from the ‘senior official’ from Vietnam, who insists that that the phrase constitutes a commitment to the actual building of new research institutes, and raises concerns about costs, trade-offs and overall efficiency of doing so.

The meeting is a simulation. Yet, it has already taught the participants one important lesson: the idea of consensus, and how difficult it can be to reach, in the trademark decision-making process of ASEAN, which marks its 50th anniversary this year under the chairmanship of the Philippines. 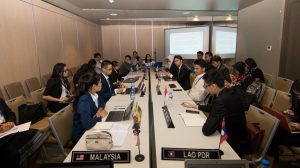 For a week from Sep. 24, a total of 77 university students from across Southeast Asia gathered at the De La Salle University in Manila to participate in the 3rd ASEAN Foundation Model ASEAN Meeting (AFMAM).

During the AFMAM, they roleplay ASEAN senior officials, ministers and heads of government of a country other than theirs, participate in activities that replicate actual ASEAN processes, and seek to produce outcomes under the theme, ‘Anticipating Environmental Displacement of People in ASEAN due to Global Climate Change.’

Pa Sokheng, the university student from Cambodia who plays the role of the dissenting Vietnamese senior official, explains that her arguments during the meeting represent the stand of her team, therefore the country she represents, and has factual basis. “We got it from our research, what people not only in Vietnam, not only in Cambodia, but the other countries, feel about it,” she says in a subsequent interview.

It’s not just an acute understanding of consensus-building that the simulations in the week-long AFMAM provide Pa Sokheng and the rest of the participants.

Eth Nith, adviser to the Cambodian team, describes the simulation that takes place during the model ASEAN meeting as “an excellent” opportunity for participants “not only to come to a foreign country and explore things, but also to learn how to be leaders”. He added: “They learn how to be researchers. During my generation, we did not have that.”

Tran Khanh An, a university student from Vietnam who was chosen to play the role of the prime minister of Thailand, says that the AFMAM has provided her “practical” and “hands-on experience of what the processes at the ASEAN are like.”

“I’ve learned quite a lot in the last few days of this program,” she says. “I’ve learned that this program really helps to get young people involved in politics, in the policy-making of ASEAN countries.”

Ahmad Afiq Md Hashim, who hails from Malaysia and plays the role of the head of government of Cambodia, adds: “We get to simulate our role of ministers, senior officials, and we get to understand more what policies are being implemented for ASEAN.”

“For Malaysia, most of the youth are really skeptical about the potential of ASEAN. But through this program, we get to know more about what ASEAN has done for Malaysia,” he adds. “ASEAN has actually contributed to the development of Malaysia.”

In her remarks at the AFMAM opening, former Philippine foreign secretary Delia Albert told the participants about ASEAN’s role in promoting regional stability, and consequently prosperity over the last five decades.

ASEAN’s meetings, which number some 1,200 a year, are often criticized but actually weave the “ASEAN tapestry,” she says. “The thicker the threads come into a tapestry, I think the more, the stronger the tapestry becomes.”

Elaine Tan, executive director of the ASEAN Foundation that has organized the model ASEAN meeting on two other occasions in different ASEAN countries, says the youth, which form the bulk of the ASEAN population, can make crucial contributions to regional development.

The foundation, she says, hopes to circulate to the ASEAN Secretariat the outcome statements from the AFMAM to provide policymakers the opportunity “to know about what young people are discussing.”

“That is one way of actually making sure that there is a loop from what is happening here (at the AFMAM) with the policymakers,” Tan adds.

Tedious as they may be, ostensibly mirroring the actual ASEAN meetings, the simulations during the AFMAM offer glimpses of hope.

Pa Sokheng, the lone dissenting Vietnam ‘senior official’, stands her ground, blocking consensus on the inclusion of the phrase “and be open to new research institutes” in the draft statement.

Amid the rising emotions, the representative from the Philippines, serving as the chair, calls for a break.

During the casual chit-chat that ensues, the ‘senior official’ from Indonesia has an idea: why not use the amended phrase “open to new researches” instead to accommodate Vietnam, but still keep the main idea of the statement?

The meeting resumes, with everyone looking refreshed. The suggestion from Indonesia is presented to the table.

Vietnam straightaway agrees, and with consensus reached, the officials move on to the next sentence up for discussion in the draft statement. (END/Reporting ASEAN/Edited by Johanna Son)

Khanh An shares her views.