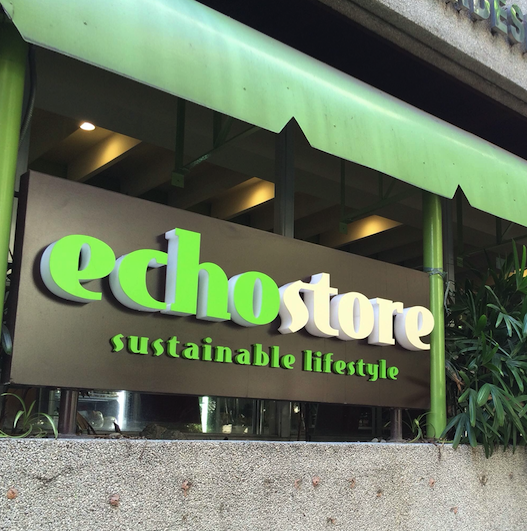 KUALA LUMPUR, Nov 6 (Reporting ASEAN) – Who knew that agricultural products like coffee could be a force for good, empowering communities, notably women, to engage in profitable yet sustainable livelihoods?

Filipino social entrepreneur Pacita Juan said that venturing into the coffee business and working with local farmers, who supplied their main product, has opened her eyes to the reality that women make up a big part of the coffee-growing sector — yet need support because they are often left out of decision-making processes and get fewer entrepreneurship opportunities.

Juan was the founder and chief executive officer of a local coffee chain, Figaro, which she and her business partners sold more than decade after setting it up. She has since devoted herself to ECHOstore, a social business enterprise that retails natural and organic food products including coffee, as well as community-made items and invests in women’s entrepreneurship. 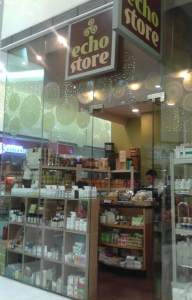 She said that the “advocacy” of ECHOstore, which she heads as president, is still anchored on selling locally made coffee, but this time around it comes with other products from women’s organisations.

Running ECHOstore — the first four letters of which stand for Environment and Community Hope Organisation — led her to get more involved in helping women. As a social enterprise, “we help people participate in business.”

Addressing a workshop on inclusive policy-making in agriculture and investment during the ASEAN Responsible Business Forum, held in late October in the Malaysian capital, Juan said the Philippines is now seeing the small beginnings of businesses that are helping break the cycle of poverty. ECHOstore, for instance, is linking up with communities, notably women, selling homegrown produce through its livelihood programmes.

Launched in 2008, the pioneering retail store has shown that social enterprises are effective partners of marginalised women in the Association of South-east Asian Nations (ASEAN), according to Marie Lisa Dacanay, president of the Philippine-based Institute for Social Entrepreneurship in Asia (ISEA).

“Social enterprises are innovative and sustainable solutions to social problems,” she said. In the context of poverty and inequality, “social enterprises open up opportunities, with the poor as primary stakeholders who engage as workers, suppliers, clients and partners in their development.”

Dacanay cited an ISEA and Oxfam survey that covered 32 Philippine social enterprises with a combined reach of 2.5 million poor families. Assuming each family has two members, these enterprises represent 30 percent of the estimated number of poor Filipino households based on 2012 data.

Across ASEAN, “gender-transformative agricultural investment” has stepped up the pace for improving the gender benchmarks for marginalised women, women with disabilities and even those who are considered to be outside the labour force but are productive.

Such initiatives must be included in governments’ national agendas, said Dacanay. Globally there are over 10 million women-led small and medium-sized enterprises, she said. This number could still increase substantially, especially in ASEAN, if more women are given opportunities.

Already, the private sector has shown that increasing women’s labour participation and empowering them to engage in entrepreneurial ventures can be done, without waiting “for governments to tell us what to do”, said ECHOstore’s Juan.

Thi Tuyet Minh Nguyen, chair of the Vietnam Women Entrepreneur Council, said organised women in her country are gaining strength in “challenging laws and government policies that do not respond to the emerging agriculture trends in the rest of ASEAN”.

“We just questioned some agribusiness companies that recruit women only in the 20-plus age group and does not employ anyone older than 29,” she said. “We are pressing the government to help farmers know the developments for better agriculture.”

In Cambodia, “women do not have the power to procure because they are left out by men and the prices are dictated once the procurement is done,” said a participant from that country.

Women have historically had low rates of labour force participation in ASEAN, says Shanti Uprety of the International Women’s Rights Action Watch-Asia Pacific. As such, “the ability of women to take advantage of new jobs will depend on the country’s ability to facilitate women’s entry and continued presence in the job market”.

In ASEAN, women in agricultural work bear heavier responsibilities compared to other sectors that employ women, and have difficulty accessing credit without land ownership, added Uprety.

Key examples include The Her Project in seven countries including Vietnam and Indonesia, which empowers women working in global supply chains through work-based programmes that provide health services.

The Better Work Vietnam initiative works with global and domestic industry stakeholders to improve women workers’ plight. In 2011 to 2012, it exposed nine factories in Vietnam that were discriminating against women on grounds such as pregnancy.

Cherian Mathews, regional director of Oxfam Great Britain in Asia, said governments should recognise that empowering women is the key to “fairness, sustainable development and food security.” Such efforts could “increase yields to reduce the number of hungry people by 100-150 million globally, if we can close the gender gap in agriculture,” he added.

Segfredo Serrano, undersecretary for policy and planning of the Philippine Department of Agriculture, cited the need for new business models that facilitate inclusive and sustainable agriculture in ASEAN. “Agriculture remains the basic sector upon which all other industries retain interdependence and anchorage – in terms of raw materials, consumers and markets, labour resources and capital, sustainability and growth and the very character of growth,” he said.

If growth is to be inclusive, responsible and sustainable, Serrano said, women, along with the rest of poor communities, must be enabled to access opportunities to participate in and partake of the true value of economic development.

“They need to be meaningfully integrated into the economy,” he said. “ASEAN integration will fall flat on its face if the greatest number with the most need for the opportunities inherent in economic growth continues to languish in subsistence and sub-subsistence.” (END)