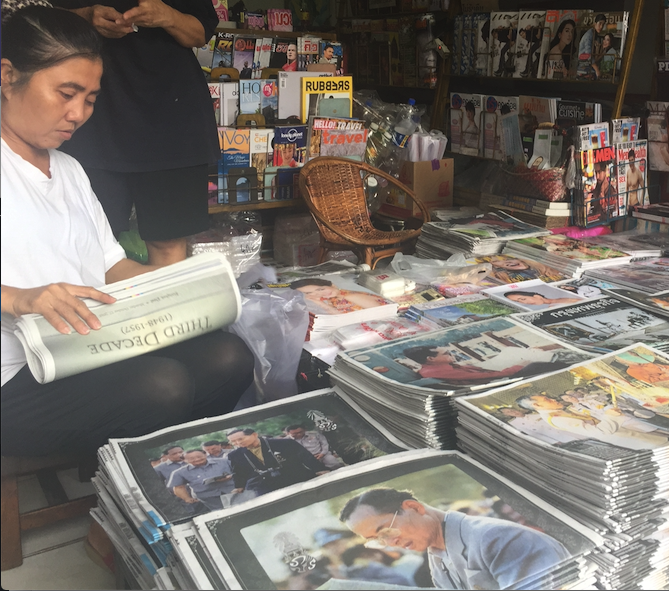 Home » Views and Points » When It’s All Black

BANGKOK, Oct 21 (Reporting ASEAN) – The abrupt and deafening silence is akin to that which follows the sudden switching off of loud music or the television. A visual environment so defined by black – and some grey and white – that it feels like someone pulled down a black-and-white filter across just about everything around. 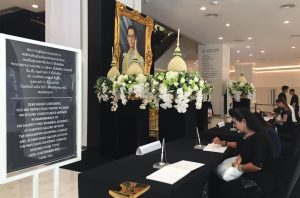 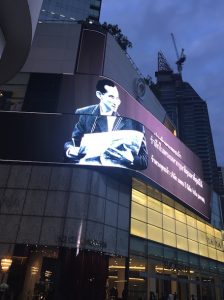 These make up the current look and feel of usually vibrant Bangkok, the Thai capital of more than 10 million people that stays hunkered down in mourning more than a week after the Oct. 13 death of King Bhumibol Adulyadej, who reigned as king of this Southeast Asian constitutional monarchy for 70 years. 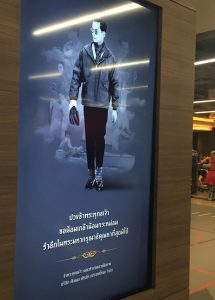 While life in the city continues, there is just something – something – very different from the usual: it’s the silence that one hears, feels and sees. While Bangkok is never silent and never quite sleeps, the atmosphere of mourning has made brought in a muted, toned down and deferential air to it.

Strips of black and white ribbons adorn state buildings and many private ones, too. Huge portraits of the late king abound in front of buildings and along the streets. The glitzy advertisements and competing neon-lit billboards that dot the skyline have been shut off for now.

The upbeat music that used to be common, be it in malls to stores and clubs, is gone for the moment, while open and loud partying is frowned upon and deemed disrespectful. In many cases, music has been replaced by instrumental tunes or songs that sound like dirges – or totally removed. Some gyms have, for this week at least, stopped background music and suspended for some days group classes where extreme hardcore music usually gets members pumped up. 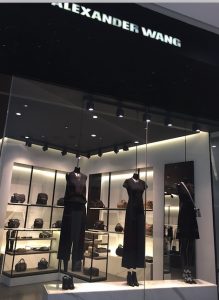 Black is it at the fashion boutiques.

In these early days during a one-month period where Thais and residents of the country are encouraged to wear black, and concerts and celebratory events cancelled or postponed, the mannequins in high-fashion stores in malls, including in upscale ones like Emquartier, are donned in black too. Colourful merchandise has been pushed back deeper into the back shelves and display areas.

Look to your right or left in the elevated train systems and the subway, and it is mostly black meets the eye. Bank tellers, usually clad in bright uniforms that match their company logos and colours, have switched to black uniforms as well.

Stalls at the Victory Monument and street markets sell black shirts or tops at 100 baht each, while other sellers have reportedly run out of stock. Many employees have bought more black attire and for those who cannot do so, the public has been encouraged to dye their clothes black.

Local fashion figures have recommended ways of wearing black in a dignified and appropriate manner, even as too-revealing clothing is frowned upon. Illustrated guides are circulating on social media on appropriate muted colours and ways to dress.

Wearing black ribbons have been defined as a socially acceptable way of grieving for those who run out of black attire. Thai Airways flight attendants have black ribbons pinned on their tops, contrasting sharply with the colourful silk fabrics they wear at work.

Many local stores are giving away these black ribbons, down to money exchange stalls that hand them out with freshly changed local currency. “How much is this?” one woman asked of a store staff who handed her a black ribbon. “Oh no no no, it’s not to be paid for,” the seller replied, disturbed by the thought of making money from the token of grief and respect.

Customer-service telephone recordings have been updated to start with condolence messages for the King. Many websites, including of major newspapers and even some of private companies, have been changed for the meantime to black and white, or mostly black. Just about each local newspaper and magazine has come out with one or several editions of special issues about the king, virtually all of which are sold out before the day ends.

Many Thais have changed their profile pictures on social media accounts to a stark black colour, including some that say they wish to remain the king’s subjects forever.

But because the mourning period and modes of grief go far beyond the personal in the country, and are quite an emotional matter for many, other public collective means of sharing grief are also unfolding. 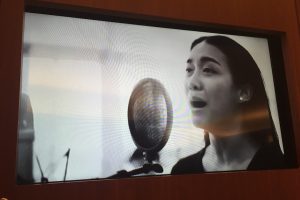 The royal anthem on TV.

Media reports say these include a new version of the Royal Anthem that will be sung, performed and filmed on Saturday in a huge gathering at the Sanam Luang grounds near the Grand Palace, where the king’s remains lie in state.

The government has declared a one-year official period of mourning. The English-language daily ‘Bangkok Post’ quotes military officials as saying up to 35,000 people have been signing books of condolences at the Grand Palace every day.

Free train rides are being given by the State Railway of Thailand to help those living outside the capital come pay their respects. Some motorbike owners and taxi drivers have taken to ferrying people for free with signs that say ‘for our father’, referring to the king.

Condolence books are also open for signing at many shopping malls in the capital.

This year’s Loy Krathong festival on Nov. 14 will be much more quiet than usual given the grieving period, limited to floating banana baskets (‘krathong’) in rivers and waterways across the country, and without the additional entertainment such as beauty contests.

Looking to the months ahead, some offices have already cancelled yearend parties. (END)