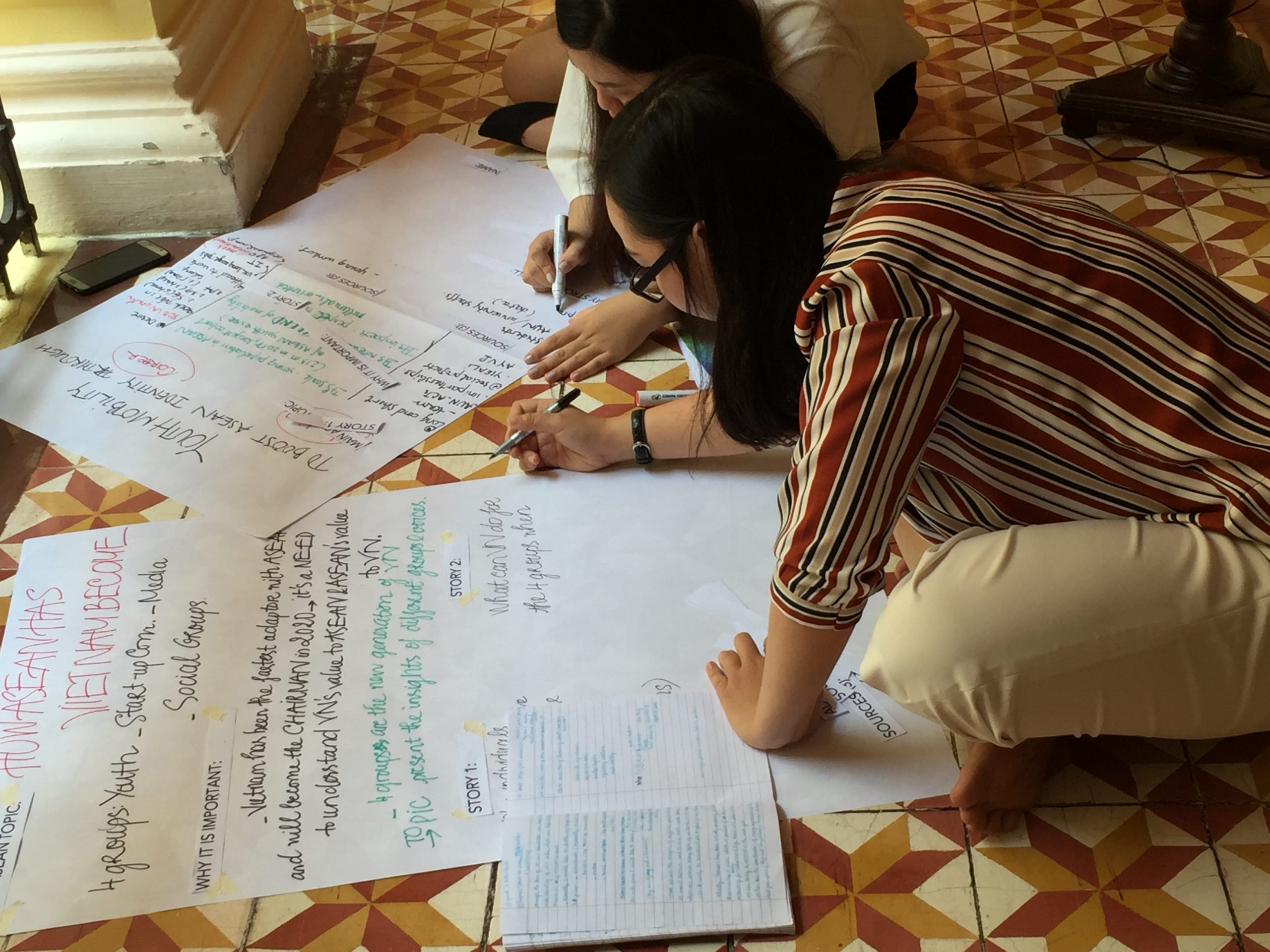 Home » The ASEAN Beat » Voices from CLMV, and A Tribute to ex-ASEAN Sec-Gen Rodolfo Severino

(The following thoughts were shared by Reporting ASEAN program founder/editor Johanna Son at the start of the public sessions of the Editorial Workshop of the CLMV Integration Series, held in Bangkok on 26-27 April 2019.)

#VoicesfromCLMV. This is the hashtag that was drafted by journalists who are participating in our story series on Cambodia-Lao PDR-Myanmar-Vietnam, which focuses on the perceptions of, and issues relevant to, these four countries’ experience in the process of ‘becoming ASEAN’.

This hashtag came out yesterday (25 April), the first part of this ‘CLMV Integration Series’ workshop of the Reporting ASEAN program.

Asked what they wanted to bring home from this three-day workshop, many journalists shared the view that ASEAN stories were often seen as, or reported on, in pretty boring fashion in their countries – so they wanted to learn how NOT to do that. 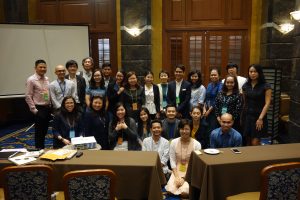 The workshop in Bangkok focused on putting on regional reporting lenses.

Today’s discussions go deeper into the regional and ASEAN mindset. They will be useful input for our journalists before they go out and produce their ASEAN-related stories in the coming months.

In the CLMV Integration Series of the Reporting ASEAN program, which is hosted by Probe Media Foundation Inc, we zero in on a subset of ASEAN that tends to get lumped together with the older members of the association. In an ASEAN that is far from homogenous even if they are in the one Community, they have some challenges, not to mention media environments and cultures, that are different from the other member states.

This event is the third discussion venue that Reporting ASEAN has organized, the first having been in 2015 and the second in 2017 in the Thai capital. Those events had strong news pegs – 2015 was the launch of the ASEAN Community and 2017 was the 50thanniversary of ASEAN. 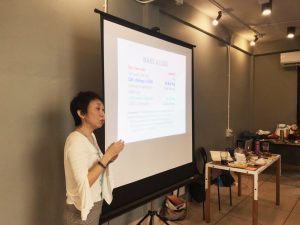 Today, the need for greater editorial investments in following the ASEAN story – critically and independently – remains. ‘ASEAN reporting’ is often seen as a niche skill in the media. As a journalist/editor and trainer, it would be good to see more younger journalists going into coverage of regional and ASEAN issues as an expertise that challenges them to capture the narrative of the region they are part of.

In the last Reporting ASEAN forum, we did say that the media within ASEAN countries cannot leave coverage to the wire agencies that report for their own, non-ASEAN audiences. This CLMV Integration Series is an investment in building these skills. We thank our partners, the Lower Mekong Initiative and the US State Department, and the Heinrich Boll Foundation, for their confidence.

Core to Reporting ASEAN is its being a program crafted by journalists, for journalists. It is an independent venue that is not part of any ASEAN entity but follows regional issues as news that our publics need to know.

A TRIBUTE AND THANKS 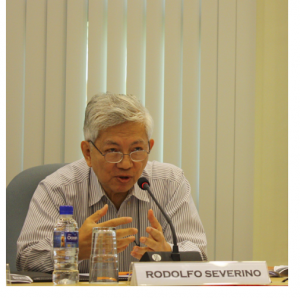 Somehow, I feel that there is one person for whom this approach would probably be logical too – Rodolfo Severino, former ASEAN secretary- general, who passed away last week.

I say this because he was a rare mix of two species –a consummate, intellectual diplomat who was also a journalist. Those two trades are usually at odds with each other, but he was both of them. He had been a journalist before joining the foreign service and when he headed the ASEAN Studies Center, wrote several books, including one called ‘Know Your ASEAN’.

During the years he was the Philippines’ foreign undersecretary or even as ASEAN secretary-general, it was common for veterans of ASEAN coverage to at some point say ‘Punta tayo kay Rod’(Let’s go to Rod). When we found him, journalists from other ASEAN countries would be there too. We Filipino journalists used to lament that it was ‘unfair’ how all other ASEAN journalists could have access to Mr Severino (because he spoke in English), while we did not because other diplomats spoke to their journalists – and did not need to go behind closed doors – because they did so in Thai, Malay, or Bahasa Indonesia. ‘All of ASEAN’ could talk to the person who was probably the most sought-after Filipino diplomat, unbeaten to this date.

In retrospect, that said a lot about a diplomat of integrity and skill who was a truly ASEAN citizen.

Discussions and interviews with him were like verbal jousts, where his intellectual rigour challenged you to do your homework. Knowing your stuff meant you could have a next round with him. Looking back, those days in the early nineties were lessons from a teacher – I learned a lot about foreign affairs from covering him, as well as from then foreign affairs secretary, Roberto Romulo. At one point, I entertained the idea of taking the foreign service officer exam.

When he was with the ASEAN Studies Center, Mr Severino joined us at a 2006 workshop in Bangkok for our Imaging Our Mekong media fellowship program. In 2012, the ASEAN Studies Center hosted a journalists’ workshop by the regional office of a news agency I headed at the time, to pilot-test what would become the Reporting ASEAN program, at that time called ‘Reporting Development in ASEAN’. I remember asking Mr Severino to speak about the myths that media had about ASEAN. He had no airs around him; I cannot ever remember him as being a snooty diplomat.

Rodolfo Severino was a rare mix of two species – a consummate, intellectual diplomat who was also a journalist. Those two trades are usually at odds with each other, but he was both of them.

I am grateful that our paths crossed.

This insight (below) from a former staff of Mr Severino, from the book ‘Rock Solid: How the Philippines Won Its Maritime Case Against China’, speaks for itself. The staffer recalls what happened when a top Chinese official (Vice Foreign Minister Tang Jiaxuan) raised his voice in anger during at a May 1997 meeting held after the Philippine Navy planted flags on Scarborough Shoal. Severino kept his cool with “his modulated voice and relaxed manner”, he recounted..

Tang said: ‘Get out!’ (of Scarborough Shoal) as translated by his interpreter in English. I recall that his tone was agitated. I was stunned to hear such undiplomatic language from a high Chinese official. Severino was cool. He replied ‘Let’s not use such words. Or such language shouldn’t be used in this discussion’,” recalled a Filipino diplomat, Anacleto Rei Lacanilao III. ”He said this in an even tone with his modulated voice and relaxed manner. . . I learned a lot about diplomacy that day.”   (-quoted from article in the ‘Bangkok Post’, Aug 2018, J Son)

Finally, I wanted to share with you Secretary Romulo’s thoughts about Rod Severino: “Rod was my mentor. My worth as a diplomat, if any, is because of him.”