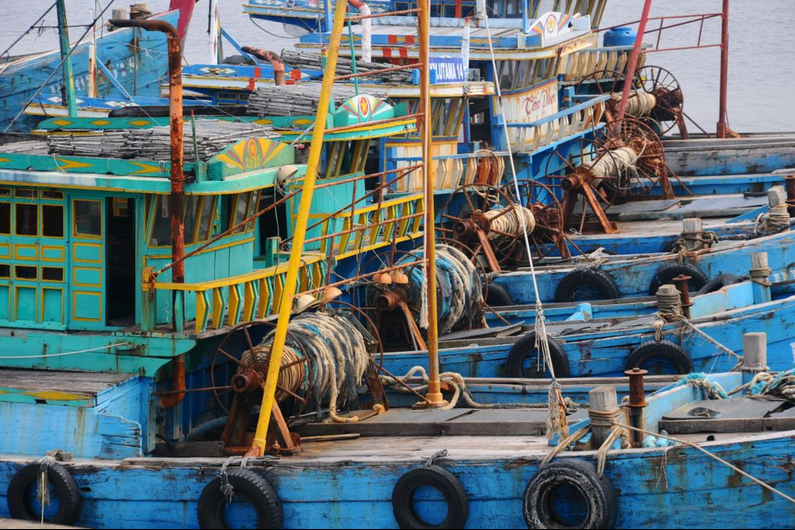 SUNGAI RENGAS, West Kalimantan, Indonesia, Nov 26 (IPS Asia-Pacific) – On the dock of the Pontianak Monitoring Station of the Marine Resources and Fisheries (PSDKP) here on Kapuas River in Kubu Raya District sits yet another illegal fishing vessel that Indonesian authorities had caught and confiscated recently.

But this is no ordinary fishing boat. In its hull is a room built like an aquarium that, according to PSDKP Pontianak head Bambang Nugroho, had been filled with more than the usual fish catch when they inspected it.

Aside from clams and all sorts of other sea creatures, the room had contained sea cucumbers, Napoleon fish, and turtles. “There were nine big-sized turtles,” says Bambang. 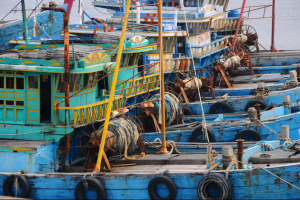 The World Wildlife Fund (WWF) says Indonesia is home to six of the world’s seven turtle species. All of them are endangered. So are the Napoleon fish (also known as humphead wrasse) and many species of sea cucumber. The Napoleon fish is a delicacy in many Asian dining tables and commands a high price especially in China. Sea cucumber and turtles turn up not only on plates and soup tureens, but are also considered key ingredients in Asian traditional medicine. Stuffed turtles are used for decoration as well, and their shells have been turned into home and hair accessories.

The seized boat was apparently designed to keep the captured endangered animals alive since this would fetch them higher prices, hence the aquarium of a room. But it also has the standard fish storage room, which still has some ice cubes when we visit it.

The vessel’s crew was caught red-handed in Natuna Sea, Riau Islands on Sep. 23, 2012. “Officers received information from local fishers about a foreign vessel stealing fish in the Natuna Sea,” says Bambang. “The officers immediately went to the location by Hiu Macan 001 boat.”

“This is a Vietnamese boat but it was flying the Indonesian flag,” Bambang says. “Its name also sounds Indonesian. But when investigated, the crew could not produce any document stating that it is Indonesian-owned.”

In all 18 Vietnamese were caught on the boat. They did not resist arrest. Indonesian authorities are preparing to bring the skipper and the rest of the crew to court.

A fiberglass vessel of 60 gross tonnes, the boat is classified as large-sized. There are suspicions that it was working with smaller vessels, which did most of the catching and then brought their respective hauls back to this boat.

Aside from entering Indonesian territory and fishing here illegally, the Vietnamese fishers were found to be using a compressor, which is not allowed under Indonesian law. The method used by the foreigners may have also been damaging to the marine ecosystem. Authorities found the vessel to be well-equipped, though, with tools ranging from spears and gill nets to a GPS system.

Gatot Rudiyono, head of the West Kalimantan Marine and Fisheries Department, inspected the boat on Oct. 4. He was accompanied by some department staffers. “No doubt, there are many cases of illegal fishing in Indonesian waters,” he said. “I saw two ships harvesting fish in the Paloh Sea. So it is not surprising that we are losing up to 30 trillion rupiah a year due to illegal fishing.” He says local fisherfolk also blame illegal fishers for the decline in their catch.

The northern part of West Kalimantan, such as Natuna Sea, is a popular entry point for illegal fishers from elsewhere. But while authorities are stepping efforts to catch its perpetrators, illegal fishing remains rampant.

So far this year, authorities have caught 12 illegal fishing vessels. Gatot says, though, that PSDKP cannot cover the whole area that needs to be monitored. He says that ideally, PSDKP Pontianak should have 90 patrol boats, but it has only 25 at present.