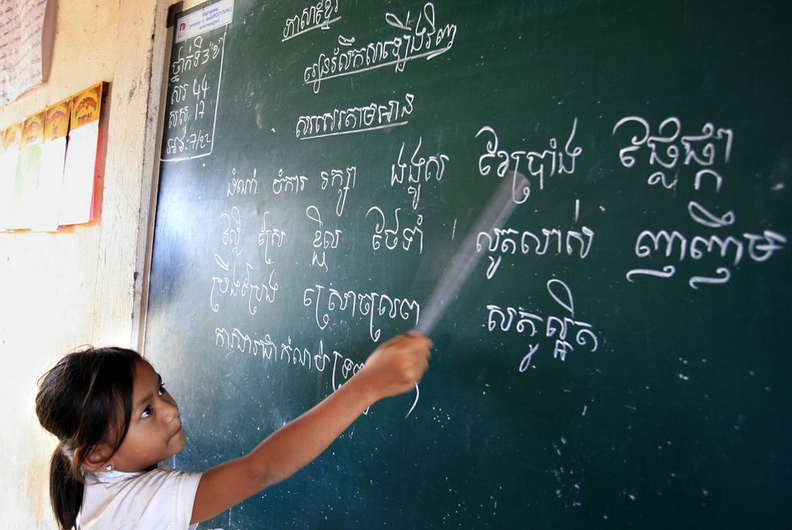 SINGAPORE, Aug 8 (Reporting ASEAN) – ASEAN and the ASEAN Community bring to mind government summits or business opportunities, but the idea of ASEAN is also taking deeper root in universities and academic courses in Southeast Asia, and beyond.

As economic integration picks up in the region, universities are offering a varied mix of courses and degrees that reflect a recognition of ASEAN’s emergence as a political, socio-cultural and economic unit of 625 million people that is here to stay.

While Southeast Asian studies as an area of academic and research focus has been around for a long time, ASEAN studies is relative newcomer. But interest in ASEAN issues – whether it is the association’s workings, development as a community and relations with other regions and political entities – has been steadily growing, interviews with academics and analysts show. 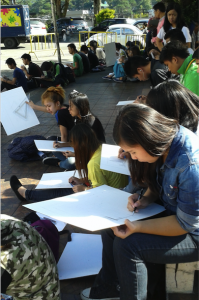 From Thailand to Malaysia to the Philippines, universities today offer courses on the work and import of the 10-member ASEAN, which was formed in 1967. At the end of 2015, highlighting decades of integration, ASEAN became a Community with the goal of becoming a single market and production base allowing the free flow of goods, services, investments and skilled labour and the freer movement of capital.

“More and more people have become aware of ASEAN and would like to learn more about ASEAN as an institution as well as its regionalisation aspect,” explained Dr Azmi Mat Akhir, deputy executive director (academic) of the University of Malaya.

Students say their enrollment in ASEAN-related courses is rooted in interest in their own region against the backdrop of change.

For instance, 22-year-old Aninda Dewayanti from Universitas Gadjah Mada University in Yogjakarta, Indonesia, put it simply: “Indonesia is my house and Southeast Asia is my front yard. Before I am going out of my house to meet my friend, I should make sure that I know my front yard well.”

As the world becomes increasingly interconnected, there has never been a greater need to know Southeast Asia better. Economically, the region is faring well with foreign direct investments amounting to 136 billion US dollars in 2014 and a combined GDP of 2.5 trillion dollars. That makes ASEAN the seventh-largest economy in the world, if it were a single country.

The ASEAN region has remained a region of growth, even when global growth and trade slow down.

Politically, ASEAN hosts a mix of regional and international dialogues that highlight its centrality, acquiring a strategic weight much heavier than any of its 10 member countries. Its being at the core of high-level forums, such as the ASEAN Regional Forum, make its annual meetings a venue for top-level diplomacy attended by governments outside the region, such as the United States, European Union, Russia.

Regarded as a new perspective from which to view Southeast Asia, ASEAN studies generally focuses more on contemporary issues that have a transnational impact rather than the historical approach of understanding the region via the prism of individual country bases, which is traditionally the way Southeast Asian studies are conducted in universities.

“When we talk about ASEAN, we need to present ASEAN as something integrated, something diverse,” said Assistant Prof Dr Sunida Aroonpipat, lecturer at Thammasat University in Bangkok, Thailand. The university has offered a two-year master’s degree course in ASEAN studies for the past four years.

This academic specialisation also allows an in-depth look into the workings of ASEAN as an institution and process. “In order to study and understand ASEAN, students would need to be taught courses pertaining to the organisational aspects of ASEAN and also the mechanisms of its cooperation activities in the economic, political-security and socio-cultural sectors,” said Dr Azmi.

Ranging from subjects like ‘Institutional Structure and Decision-making of ASEAN’ to ‘Regionalisation and Regionalism: Theory and Practice’ and ‘Multiculturalism in ASEAN’, the courses squarely focus on the organisation and its efforts at regional integration on the political, economic and socio-cultural fronts.

Taking the concept further is the master’s programme in ASEAN studies offered jointly by five open universities in Southeast Asia.

Emphasising ASEAN “as a region bound by a common agreement and as a community,” Prof Jean A Saludadez, programme chair of the University of the Philippines Open University’s ASEAN Studies Graduate Programme, explained that the programme’s framework was developed by the five educational institutions but that its delivery is subject to each individual university’s rules and regulations. Faculty can be invited to teach courses offered by the partner universities and students can cross-enroll a certain number of courses.

Interest in ASEAN is picking up not only among students from ASEAN countries.

Initially aimed at Thai students keen to learn more about ASEAN, Thammasat University’s course is instead gaining popularity among other students from Southeast Asia and ASEAN’s dialogue partners in Asia – China, South Korea and Japan.

From the first year where foreigners made up 30 percent of the intake, students from China, Japan and South Korea, the ASEAN+3 partners, now make up 80 percent of the incoming cohort for this coming academic year.

“It seems that people in Southeast and Northeast Asia are interested in ASEAN but don’t really know much about it,” reasoned Dr Sunida.

Mirroring the multidisciplinary nature of the courses, students enrolled in ASEAN studies programmes come from a variety of backgrounds. They attract fresh graduates and junior serving officers from the public and private sectors to Buddhist monks, journalists and embassy officials.

“Southeast Asia is not only a neighbouring region, but also a significant market for trade, so it is crucial that the next generation has a keen understanding of what is happening there,” noted Dr Thushara Dibley, deputy director of the Sydney Southeast Asia Centre at the University of Sydney.

Facilitating this rise in interest is the network of university-based ASEAN Studies Centres, which aims to tap into the academic community and get them involved in the policy-making process in the ASEAN organisation itself and its member states.

For some, the main draw of learning about Southeast Asia and ASEAN is seeing the world from a non-Western point of view.

Echoing this view was Dr Sunida, who felt that most of the literature on which studies of the region are based originate from Western countries. Acknowledging it was time for the region to take ownership, she said, “We don’t ignore historical issues, but we put a lot more emphasis on contemporary issues. We would like to respond to current trends of ASEAN, inject them with more knowledge and update it with a new approach.”

Such courses also act as a bridge between the ASEAN organisation itself and the everyday lives of its people. “Courses studying (and deconstructing) ASEAN as an institution and a process would help “connect the dots”, so to speak, so that students and scholars of ASEAN can help assign some personal importance to the topic(s) they are researching or writing about, and provide objective assessments of important issues on national and ASEAN agendas,” pointed out Moe Thuzar, lead researcher for social-cultural affairs at the ASEAN Studies Centre of the ISEAS-Yusof Ishak Institute in Singapore.

Explaining her decision to focus her coursework on ASEAN ahead of the launch of the ASEAN Community in late 2015, Jennee Grace Rubrico, a Filipino student in her mid-thirties who studied at the University of Malaya, said, “I figured I needed to know as much as I could to be prepared for the coming of a community that was expected to change the regional landscape.”

“The great thing about it is that I ended up learning more than I set out to do,” she said. “I also learned about other models of regional integration, which in turn provides context and allows for a better understanding of the ASEAN model.”

The rationale for learning about the region is sometimes even more personal – it’s about learning about oneself. In the case of Alifah Zainuddin, a 24-year-old Malaysian, a sense of belonging to the region remained an elusive concept for her until she did her master’s at the University of Malaya. “For me, the best thing about learning about ASEAN is having this realisation of your Southeast Asian identity. Truthfully, without that knowledge, I would have been ignorant of it.” (END/Reporting ASEAN – Edited by Johanna Son)