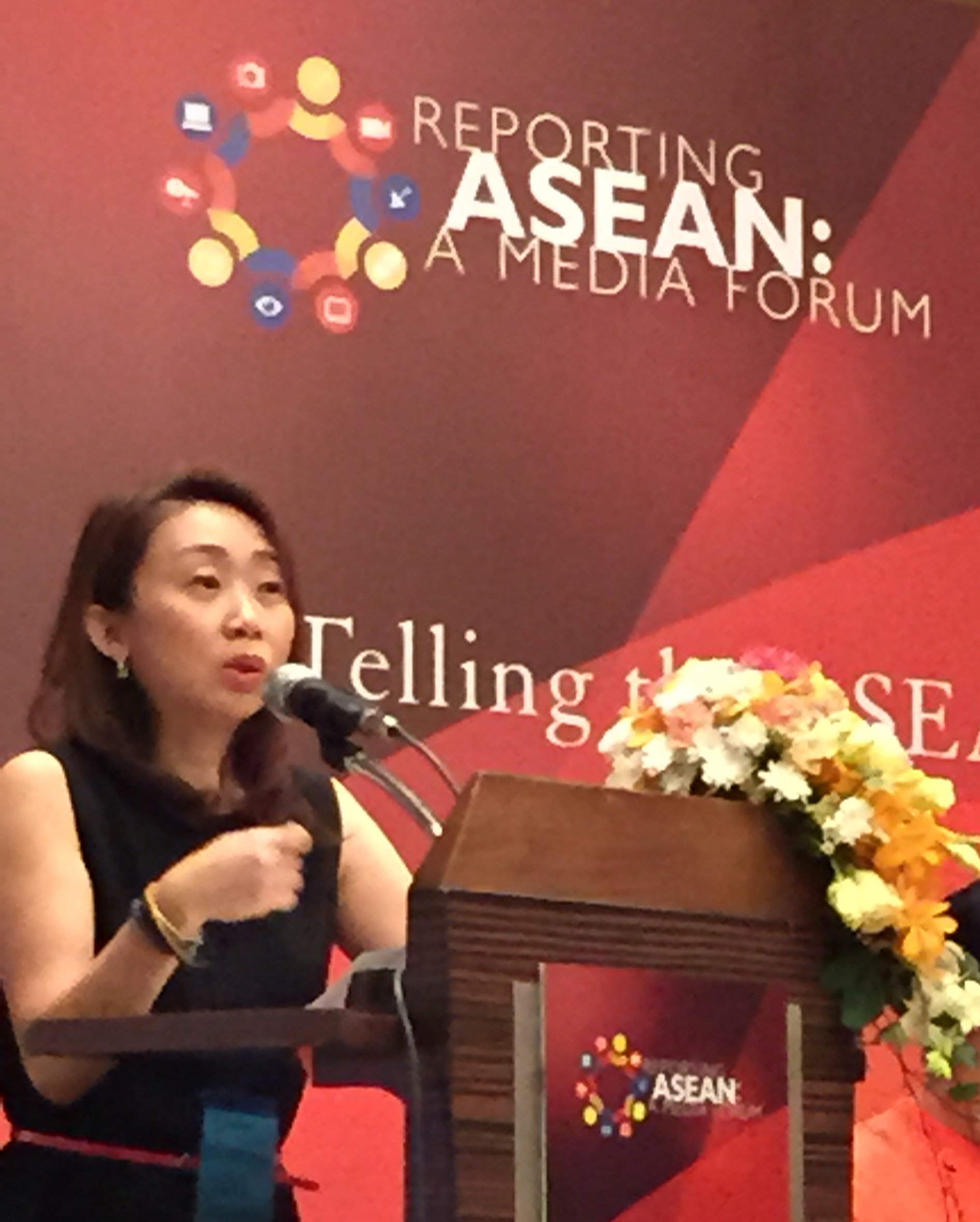 BANGKOK, Feb 17 (Reporting ASEAN) – If I were to be asked to describe the Reporting ASEAN media forum, to which I welcome all of you today, I would say it has the ASEAN flavour, that ASEAN spice. That is, this event is anchored in ASEAN – it is of ASEAN, done by people of and in ASEAN. It feels, looks and talks like ASEAN.

By ASEAN, I mean the idea of an interlinked community in Southeast Asia more than just the organization or bureaucracy itself – the ‘we’ (perhaps a bit elusive still) that it would like to see grow deep roots in all of us.

Like the first media forum in 2015, 99.99% of the speakers, resource persons and moderators are from the ASEAN region. This is a core principle in the formation of the Reporting ASEAN program.

There are other hallmarks of ASEANness I’d like to highlight, including the fact that you see more representation of Cambodia-Lao PDR-Myanmar-Vietnam in this forum, beyond ASEAN-6. As we are going to talk about ASEAN centrality in the next two days, I’d like to note that we have among our participants different actors in the ASEAN script – organizations focusing on cultivating links with ASEAN from China and Japan, some embassies and groups from dialogue partners, and even from IMT-GT growth triangle initiative.

That brings me to the contribution that this forum aims to make. The Reporting ASEAN media programme is not a part of ASEAN or an official ASEAN program, but is an independent space for discussing news and public issues around ASEAN regionalism and integration. Often, public discussions around ASEAN are clustered within certain groups – academics hold discussions with academics and foreign policy analysts; ASEAN official events are heavy with state presence; civil society talks to civil society about ASEAN ‘out there’. This forum, the first among regional public discussions on ASEAN in its 50th year, tries to bring together different actors from these different avenues and bring them to the same physical space, to have a conversation with different species, so to speak.

ASEAN’s 50th year, the ASEAN Community’s first anniversary, the chairmanship by the Philippines as a country with a redirected foreign policy, provide us added reason to pay attention to ASEAN-related news this year.

Anniversaries and cycles are story pegs that make us focus on doing some introspection, self-criticism and planning. This is where the media come in, telling stories by digging into issues that we believe the public must know – not what leaders and ministers choose to feed us with. Perhaps newsrooms can look at old habits and redefine how they cover ASEAN issues, way beyond the corridors of summit hotels and convention centres, and given that ASEAN news criss-crosses beats that typically divide journalists’ areas of work.

After all, there is something mystifying and quirky in the way ASEAN works, even if ASEAN coverage does not get each journalist’s adrenalin going.

ASEAN is bigger than the sum of its parts. The world’s leaders from all regions flock to its annual meetings. It has kept the peace in a once-volatile region. ASEAN people don’t even say ‘ASEAN’ in the same way. Yet it is also slow, allergic to engaging with much of the public. It couldn’t even agree on whether to put the ASEAN symbol on the passports of its nationals. Its member states are very protective of their national sovereignty, but equally protective of ASEAN’s centrality and weight. If you still don’t realize it, I’m trying to sell you all my story.

I hope you enjoy the ASEAN taste from our discussions over the next two days, just as you enjoy chilli in Thai food in Bangkok.