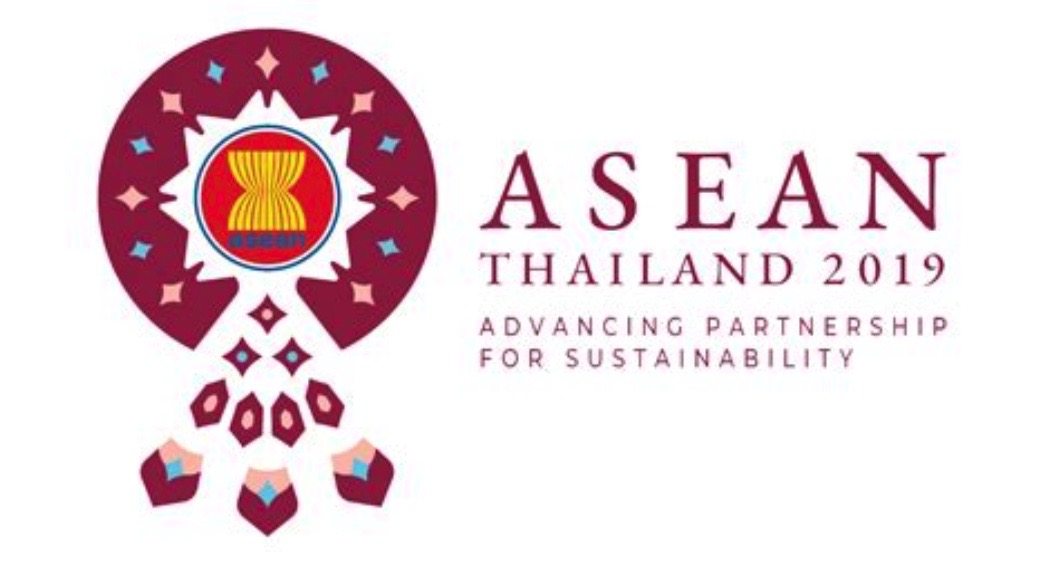 (This analysis also appeared in Rappler.com:

BANGKOK, Feb 28 (Reporting ASEAN)– Keen to bury memories of the diplomatic black eye it got when local protests threw into disarray its ASEAN chairmanship in 2009, Thailand is bent on making sure that this year’s meetings not only go well – but close at yearend with a clear, spicy Thai flavor to ASEAN 2019.

When talking about ASEAN meetings, Thai officials inevitably give assurances that ASEAN is a core aspect of the country’s foreign policy and thus immune from the vagaries of local politics, including the result of the Mar. 24 election.

During the last time Thailand was ASEAN Chair, the headlines were about anti-government protesters storming into the ASEAN Summit venue in the resort city of Pattaya in April 2009, leading to the postponement of the event and the evacuation of leaders.

This year, Thailand’s turn to be ASEAN’s rotating chair after a decade, the country’s political temperature is, by coincidence, all heated up again. Thais go to the voting booths on Mar. 24, the first general election since the 2014 military coup and under the country’s new, 20thConstitution.

Though the March vote is from a different page in the country’s political story, it is not unrelated to the deep divisions that have run through this Southeast Asian country over the last two decades. The elections are no doubt a factor in why Thailand cleared its ASEAN schedule for the early part of 2019, setting the first of two ASEAN summits for June rather than the usual April.

It is against this backdrop that Thailand has been cooking up a set of major ‘dishes’ it plans to serve at this year’s ASEAN ‘party’.

Using these, it aims to provide some kind of anchor to the 52-year-old regional grouping during uncertain, uncharted waters in Southeast Asia and beyond, not least due to the US-China trade conflict, the declining US role in the region and growing unilateralism, and China’s bigger strategic footprint.

“Sustainability”, with a focus on the 10-member ASEAN staying relevant and building staying power in the coming decades, at when time when the global architecture is being rewritten, is thus a key ingredient in Thailand’s menu for ASEAN. Its chosen theme, ‘Advancing Partnership for Sustainability’, reflects this focus. These days, the phrases “sustainability of things” and “leave no one behind” are often heard from diplomats, or appear in some documents relating to ASEAN this year.

THAI ‘DISHES’ ON THE ASEAN MENU

What are the entrees on the Thai menu? They are a varied mix – issues that have been on ASEAN’s backburner for some time, some that are among the host country’s pet issues, a few ‘firsts’ it wants to explore, and others designed to deepen ASEAN’s integration and centrality in the longer term.

From a larger viewpoint, these are aimed at sending a clear message that Southeast Asian countries stand by multilateralism, when looking out to the rest of the world, while they acknowledge work to be done in deepening ‘ASEANhood’ within the group and within each country, when looking inward.

During the last time Thailand was ASEAN Chair, the headlines were about anti-government protesters storming into the ASEAN Summit venue in the resort city of Pattaya in April 2009, leading to the postponement of the event and the evacuation of leaders.

After the debates about its role at its 50thyear in 2017, ASEAN, as Thailand would have it, is looking beyond the current Vision 2025 set by its leaders. The new goal? Look two decades ahead – to 2040. The Thai government has asked the Jakarta-based Economic Research Institute for ASEAN and East Asia (ERIA) to imagine how an integrated ‘ASEAN 2040’ region and ASEAN Community would look like, and how to get to that destination.

The biggest dish that Thailand wants to serve on ASEAN’s behalf is the long-delayed free trade agreement called the Regional Comprehensive Economic Partnership (RCEP), an ASEAN-led initiative that is now on its seventh year of talks and more than 20 negotiating rounds. A mega accord that groups ASEAN’s 10 members with the six nations it has free-trade pacts with – Australia, China, India, Japan, New Zealand and South Korea, RCEP would also rope in 48 percent of the world’s population and 32.3% of the world’s GDP.

To officials like Chotima Iemsawadikul, director of the Bureau of ASEAN Economic Community in the trade negotiations department of Thailand’s Ministry of Commerce, this is THE deliverable ASEAN must produce this year. “RCEP is the biggest challenge for Thailand this year,” she said at a February discussion at Chulalongkorn University, identifying it as one of 13 deliverables in the ASEAN Economic Community’s scope.

“RCEP is central to the credibility of ASEAN,” said Ponciano Intal, ERIA senior economist. Kavi Chongkittavorn of the Institute of Strategic and International Studies (ISIS) Thailand put it bluntly: “RCEP is the biggest piece of the cake” this year.

Through several ASEAN chairmanships now, RCEP has been described as being “due” to be completed.

Just how long-running the RCEP story is can be seen in the fact that it has been overtaken by the othertrade agreement, the Trans Pacific Partnership, which has already entered into force as the Comprehensive and Progressive Agreement for Trans-Pacific Partnership (CPTPP) after the US pullout in 2017. The US-China trade war has added more pressure on RCEP talks, increasing the stakes for ASEAN’s credibility.

Still, 2018 was the year there was “most progress” in RCEP negotiations, Chotima explains. Negotiators have now concluded seven out of 20 chapters in the free trade agreement, she adds.

With 13 chapters as ASEAN’s assignment for this year, “it has been difficult” to get consensus across the members, she recognizes. Apart from economies having different degrees of economic development, market openness and sensitivities on issues like tariffs, intellectual property rights, agriculture and services, challenges also come from the fact several of the non-ASEAN countries in RCEP do not have free trade agreements with one another, she says.

“Part of the delay in the RCEP is the lack of a common voice in ASEAN, a consensus among ASEAN states,” said Intal. Beyond the technical issues, he adds, ultimately “it is about political will”.

Intal suggested that ASEAN do what it does best when it comes to RCEP – start modestly and allow countries to sign in, proceed faster and go farther when all are comfortable, and keep the negotiations ongoing – in order to produce a trade deal.

ASEAN “must finish RCEP” in some way, even if it is not perfect. Already three of ASEAN’s own members – Malaysia, Vietnam and Singapore – are also in CPTPP. “Maybe it’s (RCEP deal) not fully dressed in a tuxedo and maybe will be casually dressed with something missing, but anyway, still a good gentleman,” he said.

At one point, Chotima quipped: “Some of us want to be fully dressed, but some can’t do that.”

There are political realities to deal with, as several countries are having elections in the first half of 2019. Populist considerations can make issues like opening up markets to foreign competition sensitive and harder to put on the negotiating table. Apart from Thailand’s vote in March, Indonesia has elections in April and the Philippines has mid-term elections in May.

Thailand is also aiming to push for more progress in the negotiations between ASEAN and China over the Code of Conduct of Parties in the South China Sea, talks on which were set in 2017.

Under Thailand in 2019, the aim is to complete at least a first, and perhaps more, reading of the single text of the code, which marks progress given the divisiveness that the China’s behavior in the disputed waters has caused in ASEAN since. The number of meetings of ASEAN-China joint working groups on the code will reach nearly 30 within the year.

Among Thailand’s pet issues are strengthening the network of institutions under the ASEAN umbrella, aiming to have seven ASEAN centers by yearend.

These include the launch this year of the ASEAN Center for Sustainable Development Studies and Dialogue, for which Thailand is a natural host for given its sustainability theme and its being home to the United Nations’ Asia-Pacific headquarters. In March, Thailand is hosting the 3rdHigh-Level Brainstorming Dialogue on complementarities between ASEAN’s Vision 2025 and the United Nations’ 2030 Agenda for Sustainable Development.

Externally, Thailand said to be is working to host a big bash of leaders, beyond ASEAN’s usual partners, in November, just before it ends its chairmanship year.

ENGAGED ON THE RAKHINE CRISIS

Closer to home, Thailand will continue with ASEAN’s engagement with Myanmar on the sensitive Rakhine crisis. These days, ASEAN’s ‘constructive engagement’ includes quietly building Myanmar’s comfort level with an ‘external’ role on the Rohingya. Significantly, Thailand’s statement at the ASEAN foreign ministers’ retreat in Chiang Mai in January said they had “agreed on the importance of ASEAN’s role” on the matter.

As the dust settles somewhat, there is little talk these days of Myanmar’s de facto leader Aung San Suu Kyi chafing against ASEAN’s role. Still, the Rohingya crisis remains the region’s biggest refugee problem, for which the United Nations last week called for 920 million US dollars in funds this year. Worries about more trouble are also rising after recent attacks by the Rakhine-based Arakan Army, which is pushing for self-determination for a multi-ethnic Rakhine state.

ASEAN’s entry points have been humanitarian concerns, the development of Rakhine (Myanmar’s poorest state) and disaster assistance, including through ASEAN’s own Coordinating Center for Humanitarian Assistance (AHA), which has been allowed into off-limits Rakhine.  ASEAN’s engagement is also reflected in the fact that talks continue on discussing the scope of a needs assessment team to plan assistance to Myanmar.

If ASEAN was unsure about what its citizens think about Rakhine, majority want the regional group to take significant action, going by the ‘State of Southeast Asia: 2019’ report done by the ASEAN Studies Center in Singapore’s ISEAS-Yushof Ishak Institute. In this survey, 66.5% of 1,008 respondents favored a mediation role by ASEAN and 50.9% said it should “increase humanitarian assistance to the Rohingya”. Only 14.6% said ASEAN should “do nothing”.

(*Johanna Son, editor/manager of the Reporting ASEAN media program, has followed regional issues for more than three decades. Based in Bangkok, she is also a media trainer.)