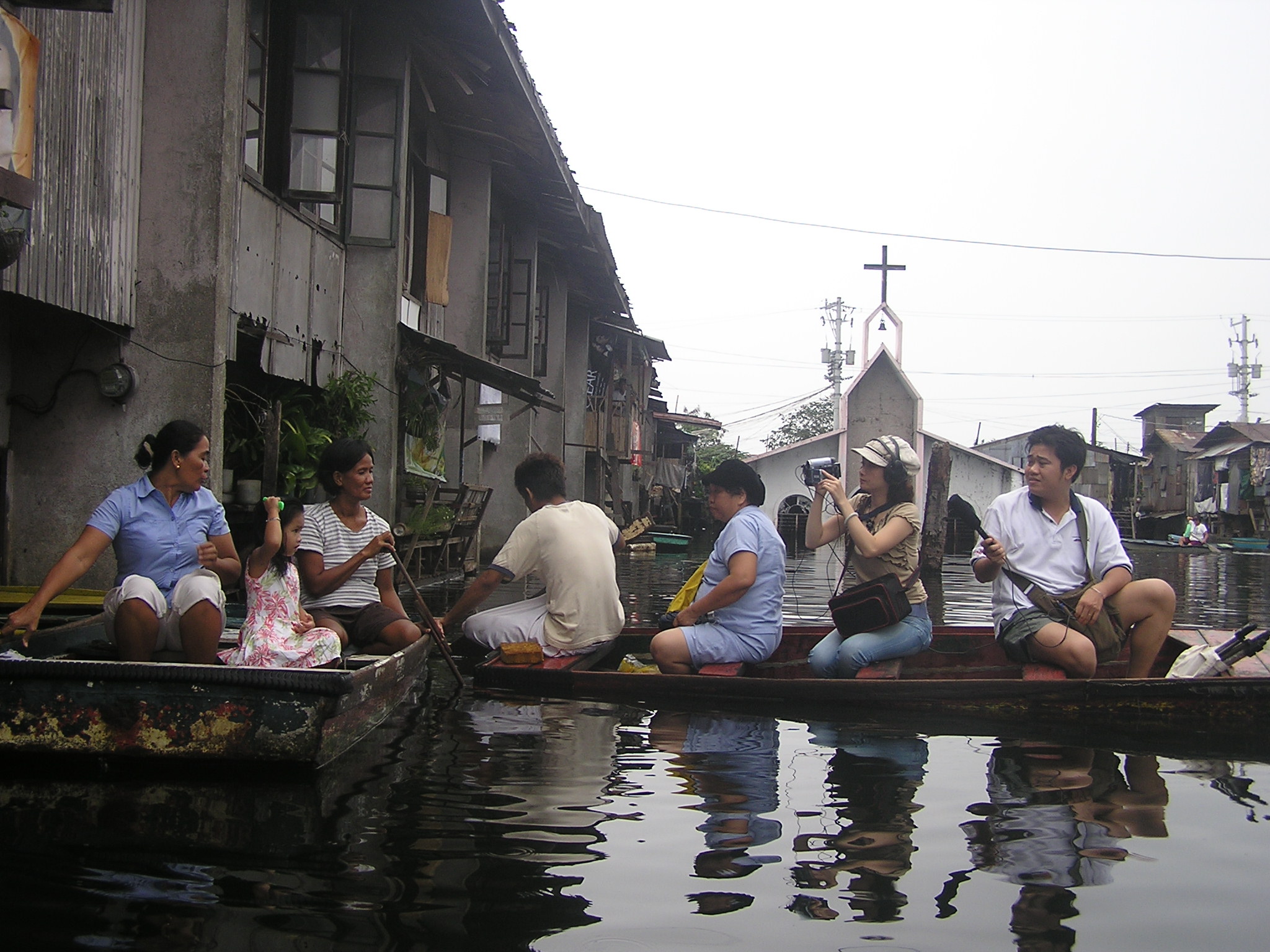 Click to listen to the audio version of this article

How to put a human face on ASEAN issues. How to analyze gains and losses from integration with ASEAN. How to put on journalistic lenses with a regional perspective.

These are some of the to-dos around covering ASEAN-related news, especially for Cambodia, Lao People’s Democratic Republic, Myanmar and Vietnam, the four ASEAN member countries that are, together, called ‘CLMV’. They are the newer entrants to the ASEAN club, having joined the 10-member association some two decades ago. 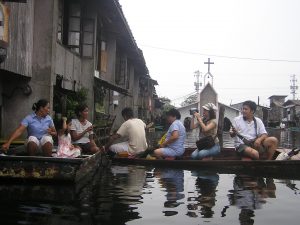 Vietnamese journalists filming in the Philippines.

While many stories refer to ASEAN as one whole unit, CLMV countries have different economic and development contexts. This is why have a longer timeframe, till 2018, to fully lock into some of the timebound actions under the ASEAN Economic Community, such as import duties and non-tariff barriers. Initiatives continue to narrow the development gap between CLMV and the rest of ASEAN.

All these call on journalists to have the curiosity and the confidence to get deeper into the ASEAN story.

In this chat, Reporting ASEAN talks to the heads of media training institutes in CLMV about where ASEAN issues are in their media spaces. I caught up with them in Bangkok, where they were meeting for the Southeast Asia Media Training Network of the Fojo Media Institute.

Dinh Thi Thuy Hang, the director of the Vietnam Journalists Association Center for Media Training, says that while Vietnamese media carry a good amount of content about ASEAN given the government’s priority on this, how audiences find these stories is the bigger question to ask.

“The main media outlets in Vietnam, they do have the section on ASEAN. Now, the question is whether that content would be interested by the readers and the audience. I am not sure at the moment. “

There was more interest around the time Vietnam was joining ASEAN in 1995, recalls Hang, who used to have a TV program on ASEAN.

“The reason is Vietnam started joining ASEAN in ’95, so a lot of focus, a lot of interest on knowing what our neighbours, countries are doing.So, therefore the focus on ASEAN was a really big thing in the late 90s.”

In the case of Myanmar, which was the last entrant to ASEAN in 1997, domestic issues dominate the news against the backdrop of the country’s political transition. Still, are the country’s journalists interested in ASEAN, or do they find it boring? This is a question I asked Kyaw Min Swe, chief editor of ‘The Voice’ newspaper, executive director of the Myanmar Journalism Institute and a member of the Myanmar Press Council.

“You know, it is hard to say definitely. Because Myanmar journalists, private media, are very much focused in market audience, what market what to know, hot issue, what hot issue, what is a related issue with us, so because we need survival in the market. But ASEAN is not very much attractive issue for Myanmar audience.” 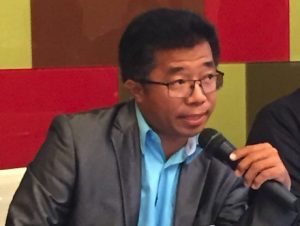 The media director of the Cambodian Center for Independent Media, Nop Vy, echoes this and says he does not come across a lot of coverage relating to ASEAN.

“Not quite a lot. Actually for myself, I know less about that, and also the decision among the countries of CLMV, of ASEAN, because we just focus on the management. We know somewhat, but not much.”

Given this information gap in the region’s news landscape, the leaders of the media training groups in CLMV say that local journalists need independent, critical knowledge of ASEAN, foreign policy, economics and development. They also need better skills in storytelling, critical analysis, interviewing and doing research.

Bounthanh Commathanh, director of the mass media department of Laos’ Institute ofMass Media, Culture and Tourism, explains (speaking through an interpreter):“We need trainings – because we just record what events happen but in order to go deeper, or investigate ‘so what?’ we need investigative reporting skills.” 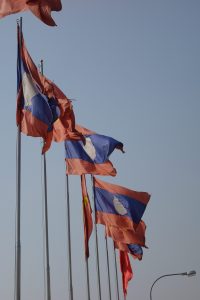 Vietnam is moving faster than Laos, Myanmar and Cambodia in terms of integration into ASEAN, but much of its media’s coverage of ASEAN remains national in perspective.

Hang explains what skills she believes the media need at this point. “I think it is sort of finding the topic and sort of like research skills, finding a good topic and make it interesting. I mean it’s sort of like the whole process. Vietnam media, big media outlets – they all have correspondents in all ASEAN countries, they use correspondents for their own story published in Vietnam. They don’t use the western media because often, western media report on something more negative than the good thing. And when in Vietnam, when we report about the ASEAN, often (they are) positive stories, what the ASEAN country achieve, something like that. So make it (have) more human faces in the story, the storytelling, that sort of thing, how to make it interesting to the audience.

“Nowadays, there is still ASEAN reporting. But I suppose that if you do have a good program like a story about something, good thing, about what ASEAN (countries) do, for example, like say the farmer in Indonesia or Thailand, how do they apply the technology in their farming, something like that. . . I think the good example of the ASEAN country always become a very useful source of (a) good story for the Vietnamese viewer. They always like that sort of thing.

Cambodia’s Nop Vy adds that many Khmer journalists came from different professional or academic backgrounds, and did not study media or communications. Therefore, he says, specific training and practice on handling ASEAN-related topics – from a journalistic viewpo­int – would come in handy.

“I think the knowledge is the first thing we have to consider. Because most of the Cambodian journalists, they do not come from the media professional school. Some of them, they actually studied in different university, like the university of law, university of management, accountant. But finally they just applied for a job and they also got the job at the media sector. So their understanding, the scope of understanding is very limited. So this is the problem, that local journalists cannot understand about the regional issue.”

“That’s right. It’s more of that human interest story than, sort of like, say there is an ASEAN summit meeting somewhere, all the heads talking. I don’t think that would draw a lot of attention from the people now, because they just need to know the title of that thing and they don’t care about the policy. Yes, so I think that if you turn it into more human life, human faces, then that would become sort of interesting.”

Journalists have also told us they are not sure how to break down broad topics, like an ASEAN Community blueprint for instance, or who to talk to about its progress. Many say they find it hard to identify local sources or to access local-language documents on ASEAN. Some editors have said that younger journalists ask to avoid covering ASEAN meetings, saying there is no news in them. 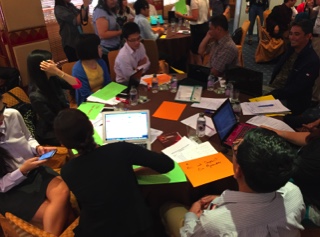 Bounthanh, Hang and Nop Vy agree that specialization in regional reporting would be a plus.

Bounthanh (through interpreter): “First, we don’t have like, the staff who will do the investigative report and then, for example, if I want to know about the Philippines, I will ask Philippines, “can you send me about your information?” So we just report, or we just transfer from your language to my language. And that’s what we have. “

While some Vietnamese media houses have overseas correspondents, they tend to cover those countries’ national issues instead of regional and ASEAN concerns.

Hang: “That is something that I think in Vietnam we lack of, how to say, media expert on the region. They often have correspondents reporting on that (ASEAN) issue. But when we need some sort of expert, we often get people from the ministry of foreign affairs to do it. So (the) journalists, they’re only reporting on everyday things. They don’t really sort of equip themselves with deep analysis, I suppose. I don’t know, I don’t know.  This seems like a tradition because the media doesn’t seem to have space for them to do that. Because you know they have very little time for ASEAN.”

Nop Vy says of Cambodian journalists: “They should extend their understanding about ASEAN and also they should try to explore what would be the issue that they can report about the region to the country, in order to expand the understanding, perception of the people not to just (be) busy with the local issue, but to see the development at the regional level as well.”

In news terms, ASEAN has the handicap of being a hard-to-sell topic. Often, too, it is not seen as a coverage theme that crosses many news beats – and goes beyond the convention halls and hotels where diplomats and state leaders meet.

But in today’s interconnected societies, what was once seen as purely regional – and there external – should also become more local, and that goes for news as well.  After all, ASEAN regionalism is a story that will be around for decades to come.

(*This audio feature is part of the CLMV Integration Series of the Reporting ASEAN program, hosted by Probe Media Foundation Inc. The series is a part of a project supported by the Lower Mekong Initiative and the US Department of State.

Johanna Son is the editor and manager of the Reporting ASEAN program. Thanks to Bouavanh Soukhathammavong for assistance in Lao-English translation for this story. Music: bensound.com. 22 Oct 2018)