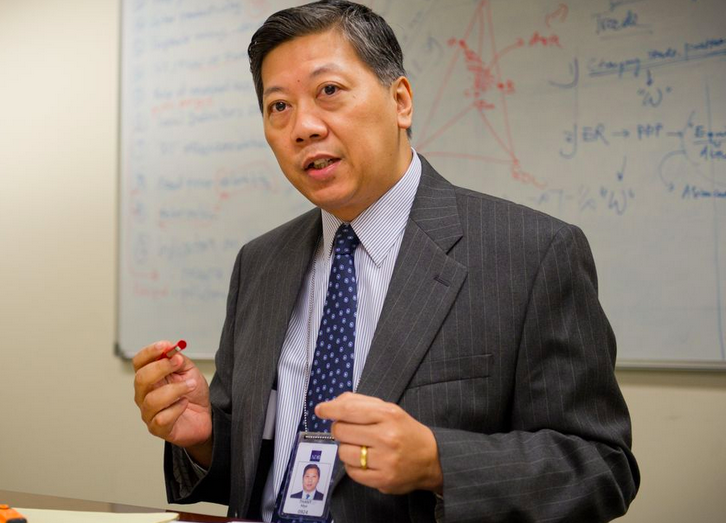 MANILA, Dec 12 (IPS Asia-Pacific) – When Myo Thant, many years ago, forwarded a proposal that asked the government of Myanmar to help temper the rapid increase of HIV transmission and occurrence of AIDS in the population, his request was rejected.  “Only Elizabeth Taylor works on HIV and AIDS,” he recalled one state official’s response written on his proposal paper, referring to the late American actress’ advocacy and philanthropy.

On Dec. 3, 2012, two days after the global observance of the 25th year of World AIDS Day, Myo Thant stood before a news conference at the Asian Development Bank here and gladly announced that Myanmar’s growing problem of HIV can be finally addressed, at least as a first step, through an assistance grant.

“I am the first person to work on HIV and AIDS in the ADB,” the principal economist in the ADB’s Office of Economic Regional Integration said in a short speech during the media event. He said Myanmar’s growing openness to cooperation with other countries and outside international development organisations has made this support possible.

He also expressed hope that the inspiration brought by the leadership of Nobel laureate Aung San Syu Kyi can help greatly in reducing stigma and discrimination.

The assistance is a one million US-dollar project on HIV prevention and infrastructure that aims to mitigate the risks of HIV infection in the Mekong region. This aims to strengthen the local response to HIV risks along the economic corridors of Myanmar, and improve access to HIV prevention and treatment services among at risk populations that include a huge sector of migrant workers.

In the news conference, ADB vice president Steven Groff said growing cross-border movements of people and goods among countries in South-east Asia and the Pacific region has caused increased risks to HIV and malaria, and Myanmar is one of the top countries currently experiencing this trend. This is why the Myanmar project also targets to strengthen the monitoring system for tracking HIV across borders. In 2011, there were five million people living with HIV in the Asia-Pacific.

The Myanmar project is supported by a one million dollar assistance grant from the technical fund for preventing HIV and AIDS in Asia and the Pacific, and is financed by the Swedish government and administered by ADB. “One million US dollars may be small to Sweden, but this may mean the difference between life and death in Myanmar,” said Myo Thant, thanking the government of Sweden for its support.

Two major economic corridors linking Thailand, Myanmar and China will be the focus of the project.

Myo Thant recalled that advocacy for HIV awareness and prevention quietly began in Myanmar in 1991. There was even a high-level delegation that provided assistance for clean blood supply equipment at that time. But the political situation in the country made it difficult to forward the advocacy.

There is a huge gap in access to treatment with antiretroviral treatment or therapy (ART). At present, there are only 20,000 people living with HIV in Myanmar who have access to this treatment, and this is already an improvement over the past 10 years because of enhanced donor relations.

Myo Thant said Myanmar could also take its cues from the Philippines, which addresses HIV transmission problems in highly affected cities through the efforts of local governments and civil society organisations. While this is also ongoing within Myanmar, he said “inter-country cooperation” is of high importance especially because the nature of HIV infection in Myanmar is defined more by cross-border transmissions.

Unlike Myanmar, the Joint United Nations Programme on HIV/AIDS or UNAIDS Global Report 2012 lists the Philippines as among only seven countries whose HIV cases increased by more than 25% between 2001 and 2009.

Myanmar is on the list of 33 countries with declining trend of HIV infections by 25 percent. To maintain this trend, Myanmar, however, has to intensify its prevention programmes in its borders with other countries, not only with Thailand and China but with its co-member states in the Association of South-east Asian Nations (ASEAN), where some countries like Cambodia and experiencing rising rates of infections.

The ADB Myanmar project will focus on the following four areas: capacity building among key stakeholders for improved service delivery and enhanced local response; addressing HIV and associated health risks and vulnerabilities associated with the economic corridor development; improved access to quality services among key affected populations; and improved monitoring and evaluation system to better track the HIV risks across the borders.

High-impact interventions such as these will be implemented in the key regional connectivity route for Myanmar, which is the East-West Economic Corridor (EWEC) that provides a major section of the transport link between the economic center of Yangon and Thailand at the border crossing at Mae Sot, and provide onward connections across the Mekong region.

On the other hand, the North-South Economic Corridor (NSEC) is part of the economic quadrangle that links China’s Yunnan province, and Laos, Thailand and Myanmar. Since its upgrading into a two-lane highway, the road now connects China with Northern Thailand and is an important corridor for economic trade and mobility in the region.

The project brief stated that Myanmar is ranked as a high-burden country in Asia, with an estimated 240,000 people living with HIV, a higher estimate than Myo Thant’s. Currently, the epidemic is concentrated in key affected populations. HIV prevalence in the adult population peaked in 2000 at 0.94 percent and was followed by downward trend to 0.61 percent in 2009.

While there is a declining trend in most groups, it is important to note that the prevalence among key affected groups remains high for people who inject drugs (21.9 percent), female sex workers (9.4 percent) and men who have sex with men (7.8 percent).

The project brief also noted that there is a shortage of support for the strengthening of direct health systems from the national, township to the village level, for interventions targeting mobile and migrant populations (particularly to cross-border areas), and for risks, vulnerabilities mapping in areas of infrastructure and economic corridor development. To address these gaps, the ADB intends to support the strategic priorities outlined in the Myanmar National Strategic Plan on HIV and AIDS (2011-2015) through its ‘Subproject 11: Strengthening Local Response to Address HIV along the Economic Corridors in Myanmar’.

Subproject 11 is implemented under a programme on mitigating risks in the Mekong region and is financed by the Cooperation Fund for Fighting HIV and AIDS in Asia and the Pacific, which is in turn supported by the Swedish government. (END/IPSAP)