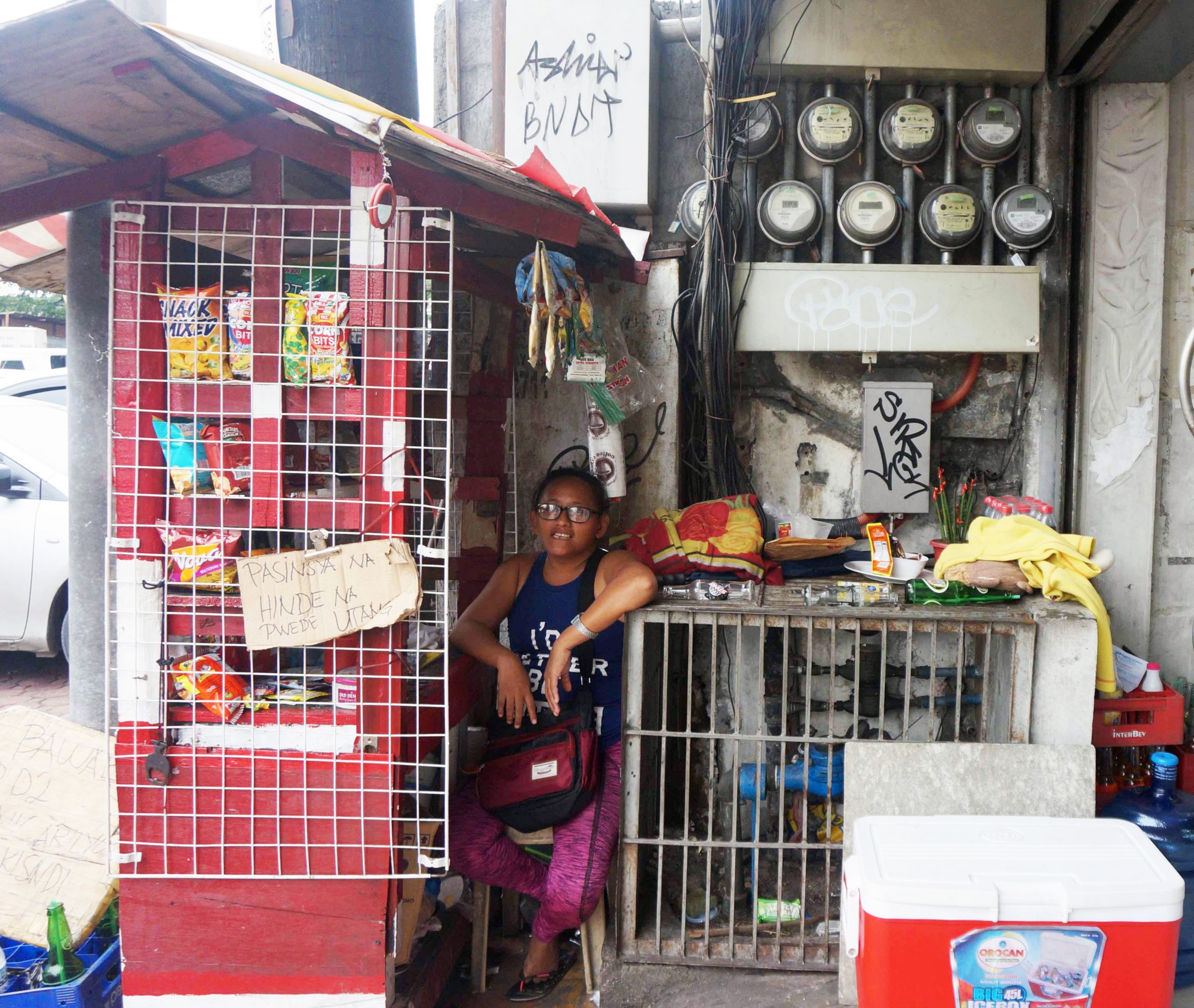 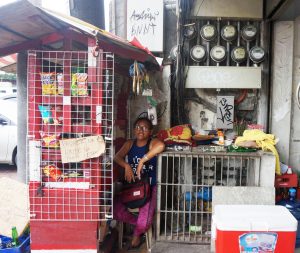 MANILA, Oct 31 (Reporting ASEAN) – As the Philippine government gears up to host the next ASEAN Summit in November, Carmen Verona is also bracing herself, but for something quite different: the possibility of getting evicted from where she sets up her makeshift store.

In 2015, Verona and other vendors in Quezon City had to hide every time operatives from the capital’s Metro Manila Development Authority (MMDA) conducted clearing operations in time for the Asia-Pacific Economic Cooperation (APEC) summit.

“I had to beg one of the building personnel nearby to allow me to hide my makeshift store while the summit was going on,” Verona recalls.

The Philippines will host the 31st ASEAN Summit and related meetings on Nov. 10-14 in Clark, Pampanga, about 83 kilometers north of the capital Manila. This is the second gathering of ASEAN head of states in the country this year following the April summit.

While the 34-year old Verona cannot distinguish ASEAN from APEC, she knows very well how that her means of livelihood can be affected each time the Philippines hosts high-profile international summits. That’s because the poor, including vendors like her, are hidden from the view of foreign dignitaries, she explains.

“They (Philippine government officials) have no idea we borrowed our capital from a ‘5-6’ lending scheme to send our children school, to provide for their daily needs,” Verona explains, using the local slang term ‘5-6’ to refer to informal lending options with high interest rates that lower-income people often turn to.

Verona’s sentiments indicate that many Filipinos perceive international summits, including those of ASEAN that their country as hosts as ASEAN Chair for 2017, as elitist ones that have little to do with them, according to Jenina Joy Chavez of the non-government organization Action for Economic Reform.

“It’s turning out, even both socially and economically, ASEAN is not what we (Filipinos) identify with,” observes Jenina Job Chavez of Action for Economic Reform.

Aside from clearing the streets of vendors, the Philippine government has been criticized for building walls to hide informal settlements from the view of foreign dignitaries as their convoys drive along the highways during summit events.

This has been the practice since the country hosted the APEC summit in 1996 and the ASEAN Summits and other meetings in 2007.

“All I know is that during ASEAN (summits) the streets are cleared of vendors, street children and homeless people,” says Nelson Ostonal, a 55-year-old carpenter. He adds that he knows from the news that ASEAN leaders will be discussing economics-related issues during the November summit. “They will also talk about the livelihood of the rich and the poor as well as terrorism,” adds Ostonal.

Receptionist Jovie Lacanaria associates the ASEAN Summit with business issues and negotiations but says she does not know their outcomes. “It’s about the livelihood and welfare of Filipinos and other Asian countries that are part of the summit,” says Lacanaria, who gets information from the media and social networking sites.

Like Lacanaria, Ruby Agsalud, who helps her sister run a small eatery, has no idea about the details of topics to be discussed during the ASEAN Summit. But the 54-year-old is certain about one thing: “It’s going to be a holiday.” For Filipinos like Agsalud and her sister, a holiday means lost income.

Ron Singson, 24, says he heard from a work colleague about a scheduled holiday in the second week of November, but does not know what it is for. No, he replies, has never heard of ASEAN before although the Philippines has hosted several events this year.

Chavez believes that Filipinos’ limited knowledge of ASEAN can be attributed to its secretariat’s poor communication strategy, as well as low media coverage.

A study released in April by the Philippine Institute for Development Studies (PIDS) called ‘What Does ASEAN Mean to ASEAN People? (The Philippine Case)’ confirms the limited coverage on ASEAN by Philippine media based on the replies of its 286 Filipino respondents.

Filipinos have moderate familiarity about ASEAN as well as modest identification as ASEAN citizens, the study shows. The study surveyed 90 respondents from government agencies, 61 from the academe, 53 from civil society, 48 from the business sector and 37 from other sectors comprised mostly of students. The respondents were from three cities in the Philippines, namely Butuan City in the south, central Cebu City and Quezon City in the capital.

Fifty percent of the total respondents are ‘moderately were familiar about ASEAN. Only 32.5 percent were ‘very familiar’ with it, 13.1 were ‘somewhat familiar’, while 4.2 percent were ‘slightly familiar’. Across groups, respondents from the academe (39.3 percent) were more familiar with ASEAN than those from the government (34.4 percent).

Forty-three percent of total respondents very much felt that they were ASEAN citizens. Majority of these are from the academe (50.8 percent) and government (46.7 percent). Respondents from the business sector (31.3 percent) least identified themselves as ASEAN citizens.

From a list of choices, respondents noted that poverty was among the pressing issues faced by the Philippines, while income disparity and social inequality emerged as among ASEAN’s top problems. “These reflect the priorities that ASEAN leaders should focus on in the immediate future to remain relevant and responsive to the needs of the ASEAN peoples,” the study notes.

The complexities of ASEAN as an organization make it difficult to package a news report that would have direct resonance with Filipinos and their daily, Chavez acknowledges.

But an even bigger question to ask is – (with) whom do Filipinos identify with? “It’s turning out, even both socially and economically, ASEAN is not what we identify with,” adds Chavez.

As a nation of migrants – the Philippines is the world’s largest exporter of human labor – Filipinos aspire to be connected with the United States and Europe and to some extent other parts of Asia such Japan and Singapore, but never with the rest of Southeast Asia, Chavez explains.

While visa-free travel within ASEAN promotes the advantages of being a member of ASEAN, this is a concrete benefit for only a very limited number of Filipinos: those who can afford to travel.

It is no wonder that calls for ASEAN to come down from its ivory tower are often made, especially after ASEAN launched its ASEAN Community at end-2015. At a high-level forum on ASEAN in Manila in October, former Philippine president Gloria Macapagal-Arroyo and former Thai prime minister Abhisit Vejjajiva said it is high time that ASEAN created a mechanism to engage its more than 640 million people.

Policy dialogues within ASEAN largely remain within government circles. While ASEAN has formal mechanisms for engaging with civil society, the utility and effectiveness of the process of accreditation remains a subject of debate as does the impact of civil society organizations’ more than 10 years of on-again, off-again “interface” with ASEAN leaders during ASEAN summits.

Meantime, as the ASEAN Summit draws near, Carmen has a strategy in place if the clearing operations team of the capital city’s MMDA targets the area where she sets up her makeshift store. “We’ll secure the more expensive goods first,” says Carmen.   (END/Reporting ASEAN/Edited by Johanna Son)