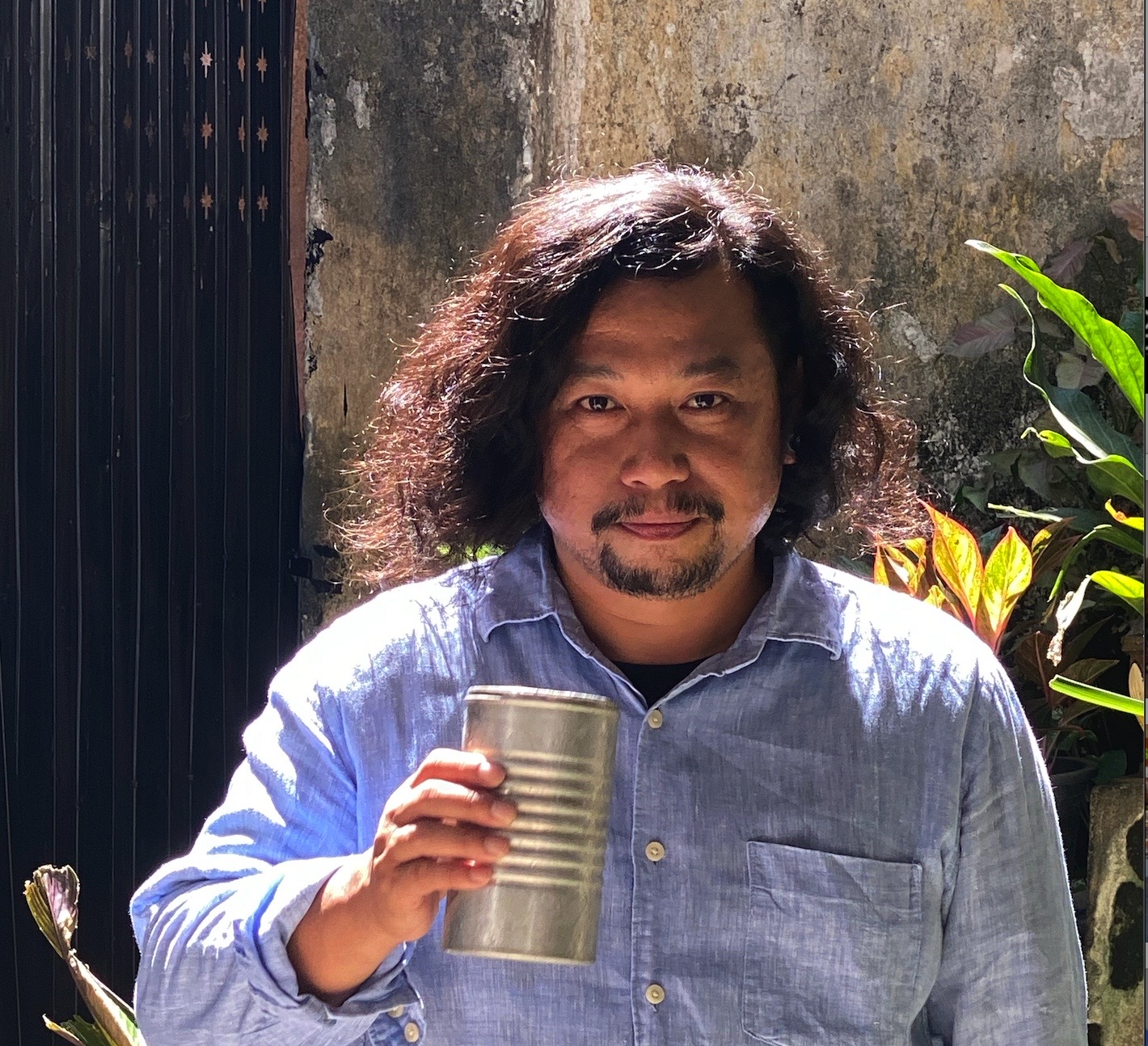 ‘A global reset’, ‘a sick planet’, ‘health security’ are huge, heavy phrases that have been swirling in the global psyche for most of this COVID-19-marked year. They speak of the ‘must-do-something’ type of issues that weigh on the minds of people everywhere, including in Southeast Asia, as they hope for a post-pandemic period to come.

In this worldwide pause forced by an unprecedented pandemic, the Reporting ASEAN series spoke with a mix of individuals to listen not just to their worries and wishes, but the life and lifestyle changes they have been making, and what they believe the human race should collectively do for its own survival.

From Indonesia to Laos, the Philippines to Vietnam, these individuals do not always know where to start to put the pieces of a damaged planet back together again. But they do identify human accountability for its ill health. They zero in on the perspective – “arrogant” is the word an Indonesian businessman uses – that human beings are the species destined to ‘conquer’ nature rather than be its custodian, and that the Earth exists to serve them.

Viewing the pandemic as a wake-up call for not just for change but for humility, the Southeast Asians in our conversations say they know full well that entire governments, industries and communities have to be part of redefining what human development and co-existence really are, if this global rebalancing is to take hold.

But equally strong are their views that people need to be taking action, now, at their own level and not leave the fixing to the future – if there is one – to everyone else but them. Be it by ditching single-use plastics, growing a vegetable patch or doing car-pooling, this time of discomfort requires us to make the connection from the planetary to the personal, they say.

After reading news reports saying that COVID-19 appears to have jumped species from bats, Hanoi-based journalism lecturer Thu Nguyen knew she had homework to do with her own kin. Her parents have taken bear bile, used as it a massage paste for aching joints. For stomach aches, they have bought porcupine bezoar, which are the lumps of undigested material found in porcupines’ digestive tract that are said to have curative value in traditional Chinese medicine.

“While wildlife traffickers focus on our health fears, especially for older people, and create wrong functions, I had to re-inform my parents and community about the effect and harms of wildlife products,” said Thu, who teaches at the Academy of Journalism and Communication. Products from wild animals and their body parts are not miracle treatments, she told them.

Over in the Lao capital Vientiane, actors and crew with the Lao New Wave Cinema arrive for their location shoots not just with their memorised lines and equipment – but with their own reusable water bottles or coffee cups. This is because in June, the company adopted a policy of avoiding single-use plastics – and shifted to giving out lunches in paper containers.

“Human beings can end up at a point where we can no longer solve any (of these problems),” Phanumad Dissatta, a film director with Lao New Wave, said, referring to the  accumulation of plastics that find their way into rivers and oceans, as well as the impact of climate change and extreme weather events.

“Most people do not seem to act on these problems while the (worsening) situation has been reaching the red or orange (danger) line,” said Phanumad. At the restaurant he owns, he has changed the takeaway containers from styrofoam to paper ones.

While both the COVID-19 pandemic and the climate crisis are global challenges, Filipino sociology teacher Athena Presto thinks that the public’s desire to see instant solutions in the pandemic is due to the immediacy of its damage, seen in the massive death counts.

In contrast, “climate change is felt by people in a more general and gradual manner, so it’s difficult to pinpoint casualties at a given time, because it affects all of us at a gradual pace,” said Presto.

Our lifestyle choices send signals about what is in demand by communities, says Manila-based documentary filmmaker Kathleen Limayo, also a climate activist. “The more we become dependent on fossil fuel as individuals, the more we legitimise and give social license to extractive industries to destroy the planet,” she pointed out.

“Excessive plane rides increase your carbon footprint. Your electricity usage says a lot too, since electricity comes from a mixture of dirty energy, hydro, wind, depending on where you are located. Using new plastics as packaging also contributes to the carbon footprint since plastics are from petroleum,” she continued.

At their core, the shared crises of the pandemic, the climate emergency and the plastics habit reflect how human beings view their space in the natural world.

“We human beings seem to be slow to learn,” mused Wilhem David, who owns a publishing firm in Tangerang, just west of the Indonesia’s capital Jakarta. “We have seen several animal-related viruses before.”

“I sense a certain degree of arrogance on the part of human beings. They seem to have grown up believing they can do whatever they want to the environment,” he said.

Reflections these days take a good look at how human beings can too easily look as themselves as the lords of the planet, rather than creatures that are just one among many living things on it. As living things, they are not exempt from how nature works. They cannot be delinked from the environment, whatever their intellectual and technological prowess.

“People do things without knowing that the things we do are hurting us,” said Vandasay Dejvongsa, a Lao translator who does regular meditation. “We consume too much resources because of our fears of not having enough, or our own greed of needing more.”

“At first, I thought that climate change is far from our lives,” she recalled. “Laos may not contribute hugely to climate change, but I can still experience serious air pollution. I will take small actions through reducing plastic waste, learning how to manage waste and share the information through my online channels.”

Human beings can too easily look as themselves as the lords of the planet, rather than creatures that are just one among many living things on it.

But while Vandasay may want to better manage waste, local garbage trucks do not reach her community, some 22 kilometres from the capital.

Indeed, a person’s lifestyle and consumption choices depend too on the options that their governments put in place. Until these are also recalibrated, the shift to rebalance the world as a truly global commons cannot be done fully, says Kimberly de la Cruz, a Filipino photographer.

“Take the movement for sustainable solutions toward climate change. How are we supposed to choose riding a bike to work when there are no bike lanes?” she asked.

“The halt of public transportation (in COVID-19 lockdowns) should show us the imperative of making sidewalks and bicycle lanes more accessible to people,” agreed Limayo. “By giving people easy mobility through foot and bikes, you are creating an atmosphere that veers away from dirty fossil fuels.”

Presto is unsure how long the resolutions to change behaviour amid COVID-19 will last, even if governments are talking about sustainability. Retooling the model of profit-oriented development, which the world has pursued for over the seven decades since World War II, is a radical move that turns what was a ‘successful’ model on its head.

Thus far, “the questions that we ask ourselves are pretty much still capitalist in nature – how much a vaccine is going to cost, how much is needed to recover from COVID-19,” added Presto, who teaches at the University of the Philippines.

But for Thu Nguyen, the pandemic is already showing the difference that slowing down can make. As the tourist hordes disappeared amid lockdowns, Vietnam’s south-central Nha Trang town saw a rare visit by dolphins off its beach. “When we stopped, nature relaxed and benefited (from this),” she reflected.

The link between health and the environment, seen starkly – and painfully in real-time – through COVID-19, maygive a new push for the awareness of the climate crisis as an ongoing emergency. “Humans now view climate change not as something unreal or as simple as (being about) rainy or sunny weather, but one that impacts all aspects of our lives,” Chi said.

For Lao environmental engineer Vongsack Mixay, living in a way that is congruent with ensuring that our environment and co-inhabitants survive too starts at the per-person level. “We need to rethink our own actions. Each of us needs to adapt, start with ourselves,” he said.

*This feature is part of the Reporting ASEAN  Sustainability Series.