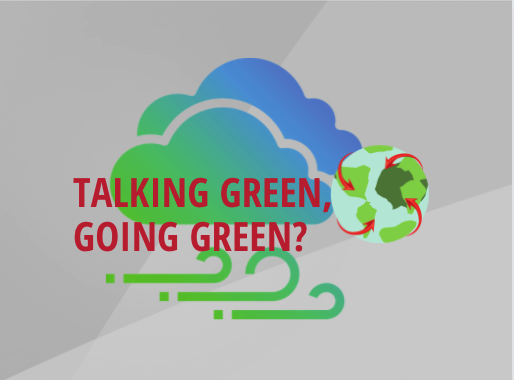 These phrases have been running through conversations these days around changing Southeast Asia’s template for development in the post-COVID era. While when, and if, the post-COVID era will come remains uncertain, it is clear that sustainability is back in center stage – no longer as the hip slogan of the nineties – but as a survival need.

In many a webinar, experts say health security, and the ability to respond to pandemics, including surges of COVID-19, have become the new competitive advantage. In a high-level dialogue on ASEAN’s post-COVID-19 recovery at end-July, the discussion focused on a more sustainable society, rather than just the economy. No one had to sell the idea of why Southeast Asia needs to pull out of fossil fuels and have broad social protection.

The consensus?  Building back better, a mantra these days, means moving on, not returning to, the past, and choosing a development path that does not lead to our own ruin. 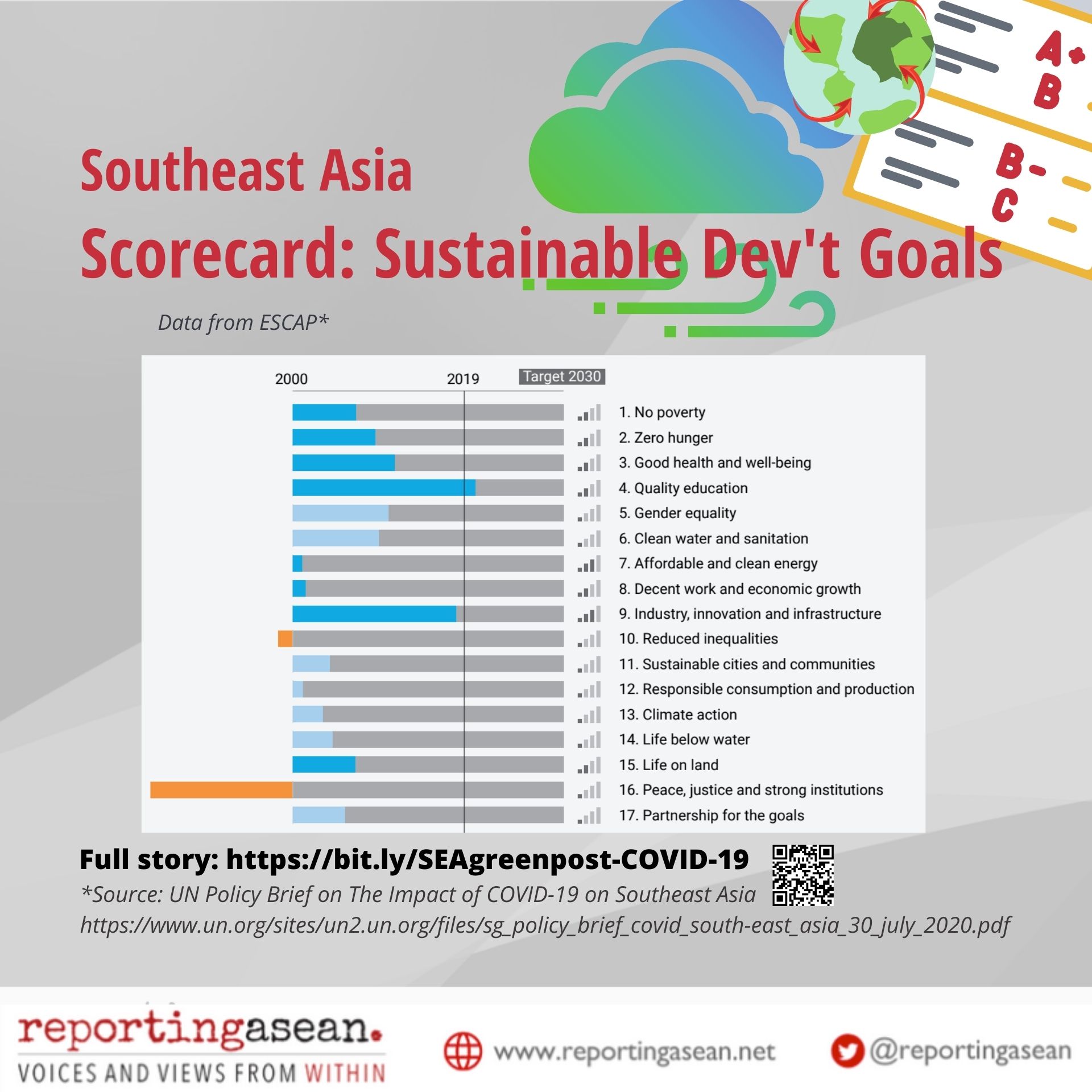 “Having development and growth and (being) low-carbon do not have to be tradeoff; they can be achieved both,” said Indonesian economist Mari Elka Pangestu, managing director for development policy and partnerships at the World Bank.

“Any recovery post-pandemic must be green and it must be sustainable,” added Ahmed Saeed, the Asian Development Bank’s vice president for East Asia, Southeast Asia and the Pacific. “This crisis is a reminder to all of us that the problems that are foretold do often come to pass.”

Among the most evident shifts is a recognition that what were often seen as different, unrelated silos were never separate. Health is directly related to economics, trade and investment and to the environment. Public health is connected to wildlife, governance to epidemiology, business to human rights and social protection.

Connecting these dots will help countries deal with the hardest aspects of how and when to open economies, adds Saeed. For instance, “very few groups (previously) had the ability to “integrate epidemiological and economic forecasting models”, but this capacity is now crucial to recovery.

But Southeast Asia, if were to look at it as medical patient, does have serious ‘pre-existing conditions’ that figure in any recovery from COVID-19 and its health, economic and social damage.

Among its biggest handicaps is in its poor progress in resilience and climate change, responsible production and consumption, evident in the United Nations’ regional scorecard for the Sustainable Development Goals (SDGs) that tracks compliance toward meeting these global goals by 2030.

Southeast Asia’s figures have been moving toward the negative direction in efforts to reduce inequalities and achieve “peace, justice and strong institutions”.  “It’s regressing, not even stagnating,” Armida Alisjahbana, head of the United Nations Economic and Social Commission for Asia and the Pacific (ESCAP), said bluntly.

“Even before COVID-19, this was one of the weakest points (in SDG indicators). We need to put high priority on climate change mitigation as well as adaptation efforts,” she said. Southeast Asia’s 11 countries, which include non-ASEAN member Timor Leste, lag behind in all but two of the 17 SDG goals.

“Even before the pandemic, Southeast Asia was not on track to achieve the climate related goals of the 2030 Agenda (for sustainable development) and the Paris Agreement (on climate change),”  a UN brief on the impact of COVID-19 pointed out. Yet “Thailand and Vietnam are among the top 10 countries in the world most severely affected by climate change”, the July report added.

Equally unsettling is state of Southeast Asia’s health systems, in terms of preparedness for pandemics, and health 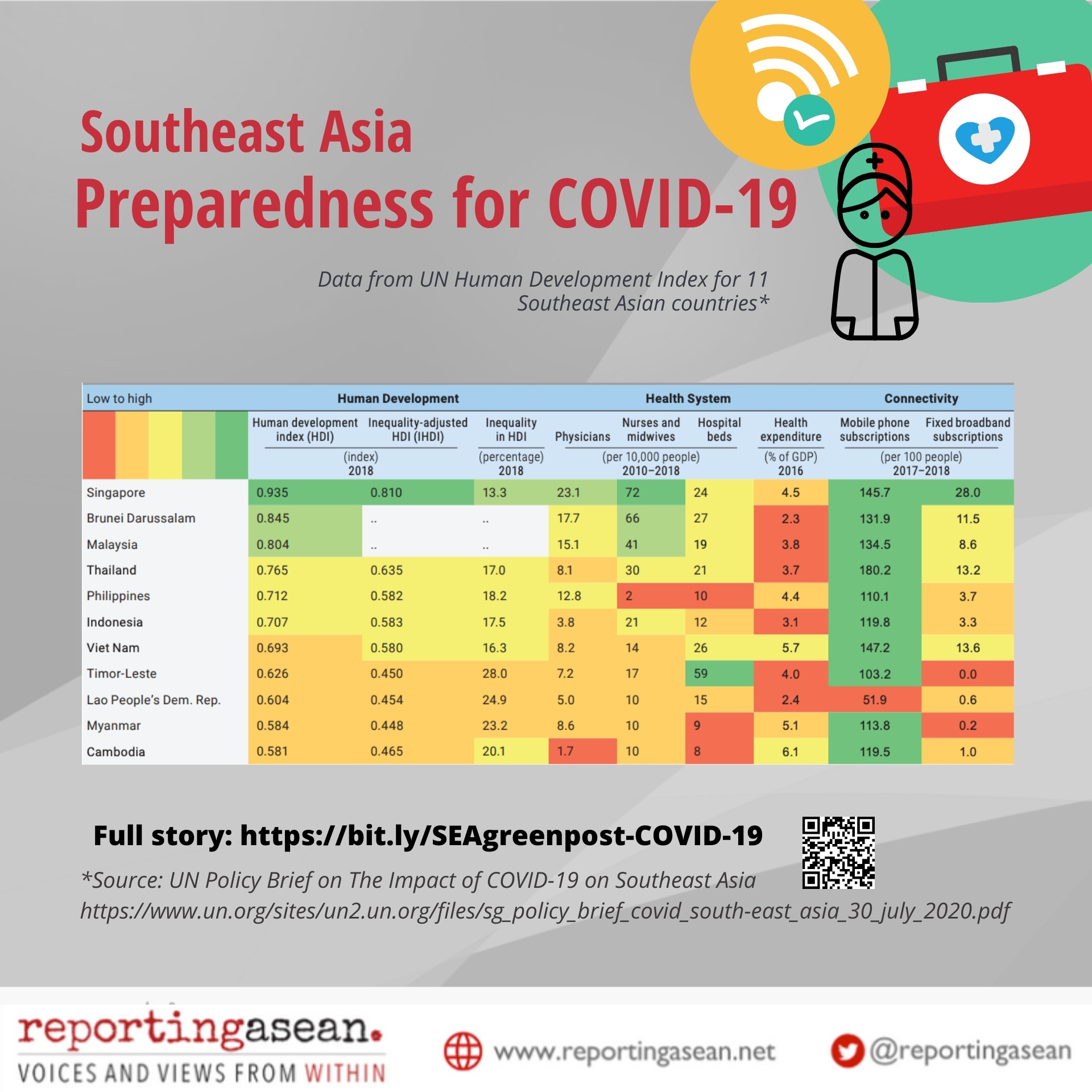 “In terms of health expenditures, it is at the low end — all countries”, said Alisjahbana, citing the ESCAP dashboard for Southeast Asia’s preparedness for COVID-19. Cambodia had the highest health expenditure at  6.1 of GDP %, then Vietnam at 5.7%. These figures were just in the average category.

Health expenditure is one of four elements that make up the quality of health systems, apart from the number of doctors, nurses and midwives, and hospital beds. In turn, data on countries’ health systems, along with human development and connectivity, comprise the UN’s three indicators for pandemic preparedness.

The UN brief calls for long-term solutions by setting up a universal health care system like Thailand’s, and widening social protection “to include all people throughout their lives”.

But Southeast Asia has a long way to go, given that its median index is just 61 out of 100 in the World Health Organization’s index of universal health coverage. Myanmar, Cambodia, Indonesia, Laos, the Philippines and Timor Leste are listed as “vulnerable because of weak health systems” by the UN brief.

Before getting to recovery, Southeast Asia has to manage the two phases before it –  the health emergency, and then the protection of livelihoods and human capital. “You can’t talk about recovery without making sure that you get the first two pillars right,” said Pangestu. “What you do in the first two pillars actually can impact on the recovery.”

Since March, the region’s economic and social figures have only been getting gloomier.

Yet the real numbers are far greater since many people, especially women, from street vendors to creative professionals, are in informal work, in unregistered businesses. They do not have health and social security benefits.

For instance, unemployment in the Philippines surged to 17.7% in April (7.3 million people), from 5.3% in January. But an opinion poll by the Social Weather Stations, released in August, showed that 47.7% of adults, or 27.3 million people in a country of 108 million, reported being jobless, in July. A total of 21% of adult Filipinos, nearly half of the jobless 47.7%, said they lost their livelihood during the pandemic.

While economies will not be functioning fully for years, many post-pandemic actions can get underway now, analysts say.

Governments’ stimulus packages can send clear signals about sustainability, pushing low-carbon alternatives, renewable energy or high-quality sustainable infrastructure such as rail, and walking and cycling paths. The UN brief calculates that Indonesia and Brunei can fund “most or all” of their stimulus packages if they removed fossil fuel subsidies.

But clearly, Southeast Asia needs to brace for the unknown.

“This is a remarkably difficult crisis to forecast,” Saeed confirmed. “We can be precise, but we cannot be necessarily accurate about the future looks like,” adding that there has to be “a great deal of humility about where the future trajectory of events may take us.”

As it is, he said, “There is this increasing realization setting in, that we may not even have reached the peak of this crisis or its midpoint.”

*(Johanna Son is editor/founder of the Reporting ASEAN series. This feature is part of the ‘Sustainability Series’ in collaboration with Probe Media Foundation Inc, with the support of the Heinrich Boell Foundation Southeast Asia.)