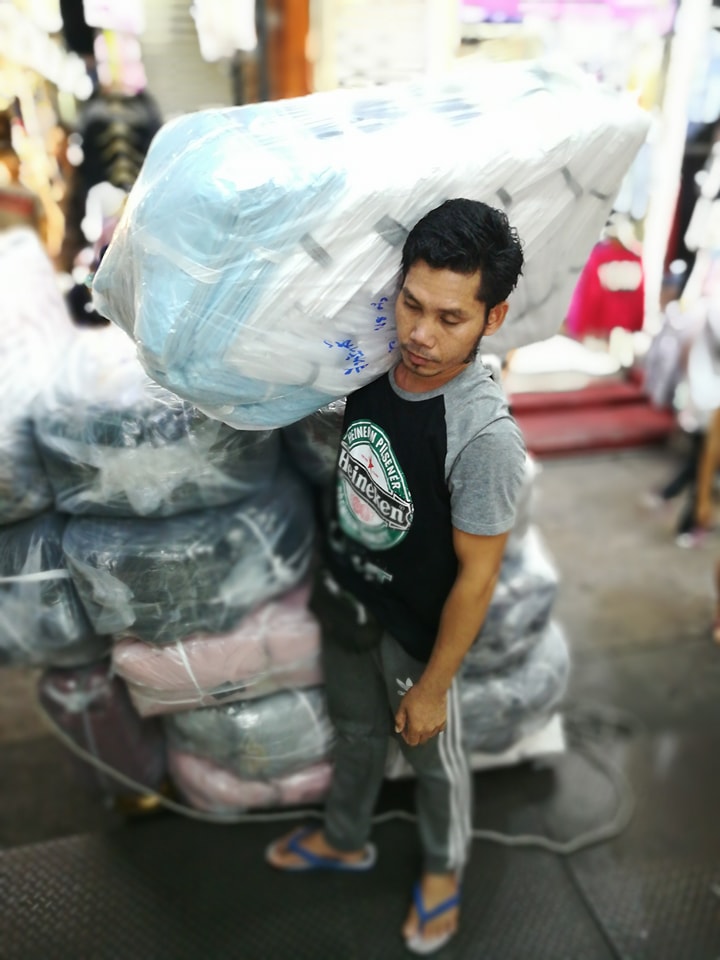 Home » Features » In Search of A Political Voice Back Home

BANGKOK, Dec 10 – The group of muscular men are sitting together, chatting in Khmer in Bangkok’s wholesale Pratunam market as they wait for the truck of goods to arrive. When the Voice of Democracy (VOD) journalist from Cambodia approaches them and addresses them in their mother tongue, they start talking to him excitedly.

The men are migrant workers from Cambodia who unload and load goods from trucks. Many other Cambodian men and women also work here as vendors or in other informal jobs and trades.

Some Cambodian migrant workers, standing nearby, walk over to join when the VOD reporter starts asking the first group of men about the elections to be held in their country in 2018.

Tong also could not vote in Cambodia’s commune polls in June 2017. His passport was not valid for him to travel – and he did not have the money for the faré to go home. “I am so sad that I could not do something for our country,” he says.

He cannot live in Thailand forever and knows that he will have to go back to Cambodia. He says he wants to be able to choose a governemnt that will bring a bright future to his country. “I want my country to be rich like Thailand with lots of jobs and good public services for us,” he says.

Although the migrant workers earn more here than back home, living costs are high and up to 10 of them live in a single room in the busy Pratunam district here in the Thai capital. Women migrant workers are paid less, earning about 6,000 baht (about 180 US dollars) while the men can earn up to 10,000 baht (300 dollars) a month.

In Bangkok’s neighboring province of Samut Sakhon on the coast of the Gulf of Thailand, Tong’s countrywoman Loa Hoy also wants to vote next year but could not register. “I did not know how to register because here we do not get information from Cambodia,” she says.

The 40-year-old, who came to Thailand more than three years ago, is employed in a factory making plastic household products where about 40 other Cambodians also work. Women migrant workers in Samut Sakhon earn less than 10,000 baht (300 dollars) a month while the men get more than 15,000 baht (450 dollars), she says.

Both Hoy and Srey Nang, another Cambodian woman who came to Samut Sakhon two years ago from her country’s Banteay Meanchey province bordering Thailand, say they do not get news from Cambodia. They depend on social media but did not see any news about the election or the registration process, they say.

The registration dates for Cambodia’s July 2018 national election were between 1 September and 9 November 2017. Because citizens could register for it only inside the country, those living or working overseas will not be able to exercise their right to vote and choose the government.

Most Cambodian migrants in Thailand try to find news about the political situation in Cambodia through social media and from the website of Radio Free Asia, which is supported by the United States government.

CENTRAL official Tha Hoya, who often comes to Thailand to assist Cambodian migrant workers here, believes that hardly any could go back to register for next year’s election. “I predict that a maximum of 1% of migrant workers registered,” he says.

It is difficult for the migrants to go back because it costs them more than 100 dollars to travel. They often do not have proper travel documents. It is also not easy for a worker to get the minimum three days of leave needed to travel to Cambodia and return, he explains.

Cambodia has a total population of 15 million and if Tha Hoya is correct, it means that nearly 10 per cent of the country’s population will not be able to vote in next year’s election. 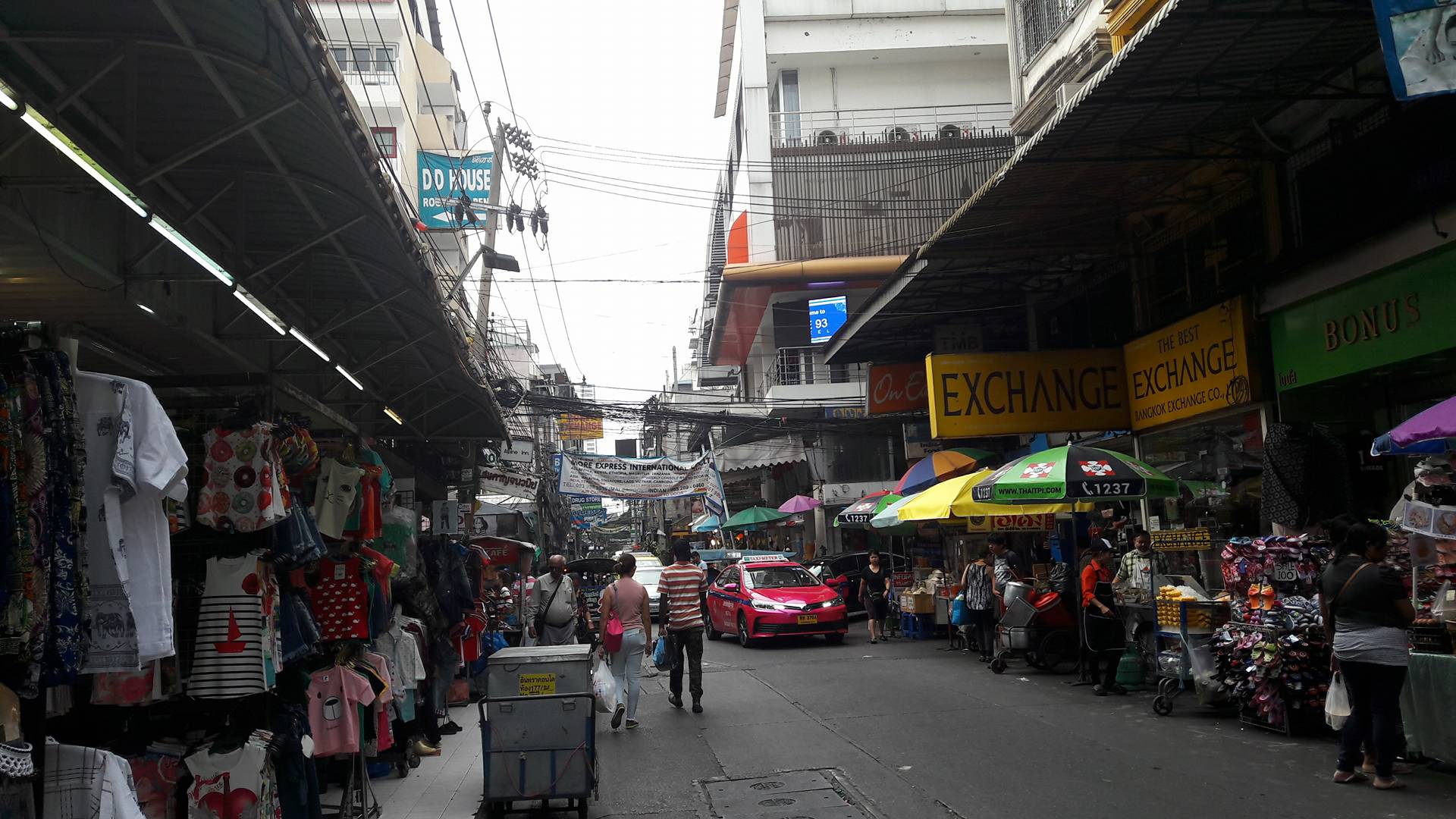 Comfrel, a civil society organization working to promote free and fair elections in Cambodia, is advocating for Cambodian migrants being allowed to vote at the Cambodian embassies in the country where they are working.

In August 2017, Cambodia’s now-dissolved main opposition party CNRP had submitted a proposal in parliament to amend the election law to allow expatriate citizens to register and vote at Cambodian embassies.

The proposal was rejected by the National Assembly. Ruling CPP party Spokesman Cheang Vun told VOD that Cambodian laws did not prohibit Cambodian migrant workers abroad from coming back to register and vote. As of 2006, a total of 93 countries allowed citizens abroad to vote. Fifteen of these were in Asia.

Cambodia’s National Election Committee (NEC) refused to comment on the issue and a spokesperson told VOD that the NEC jurisdiction is limited by law to within national borders.

This is disappointing for people like Hoy and Tong. Most Cambodian migrants contacted by VOD in Pratunam market wanted to be able to register and vote at their embassy in Bangkok.

He says he had registered and was prepared to go back to vote, but that he does not know whom to vote for after the opposition party was dissolved. A government that was friendly to the cause of the migrant workers would try to improve their living conditions, he says.

(*This story was produced for the 2017 Developing Media Fellowship program of the Southeast Asian Press Alliance (SEAPA .) Min Pov is with the Voice of Democracy.