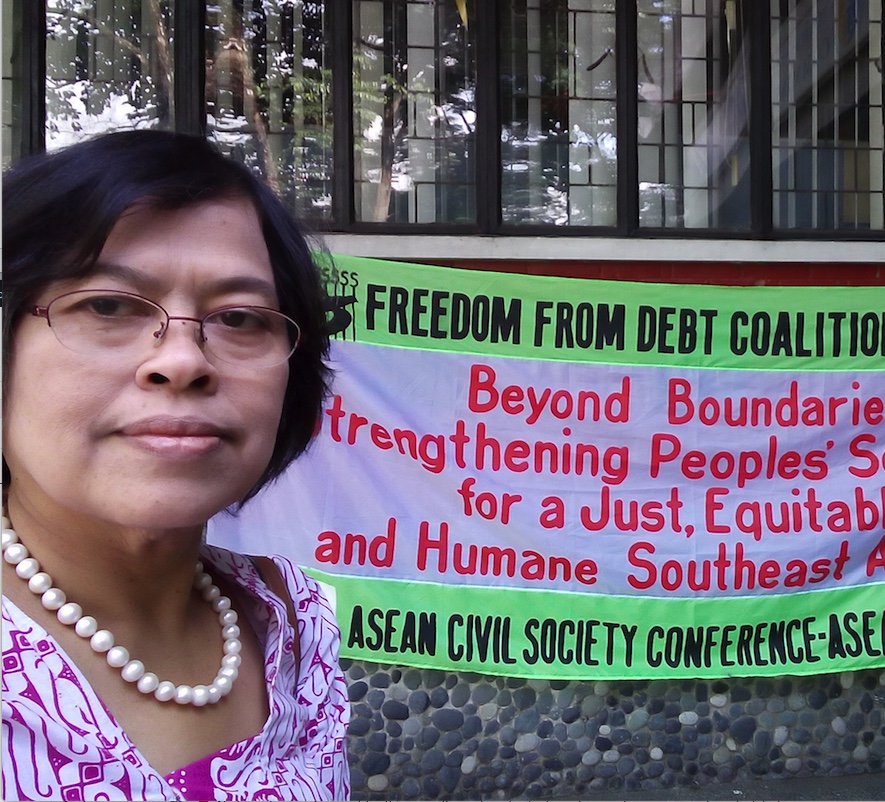 Home » Views and Points » Q&A: ‘Every Decision Must Be in Line with Gov’t Policy’

Veteran gender activist Lily Dorianty Purba says that ASEAN, which marked its 50th anniversary in 2017, has been working on addressing violence against women, but has to grapple with the limits of what a state- 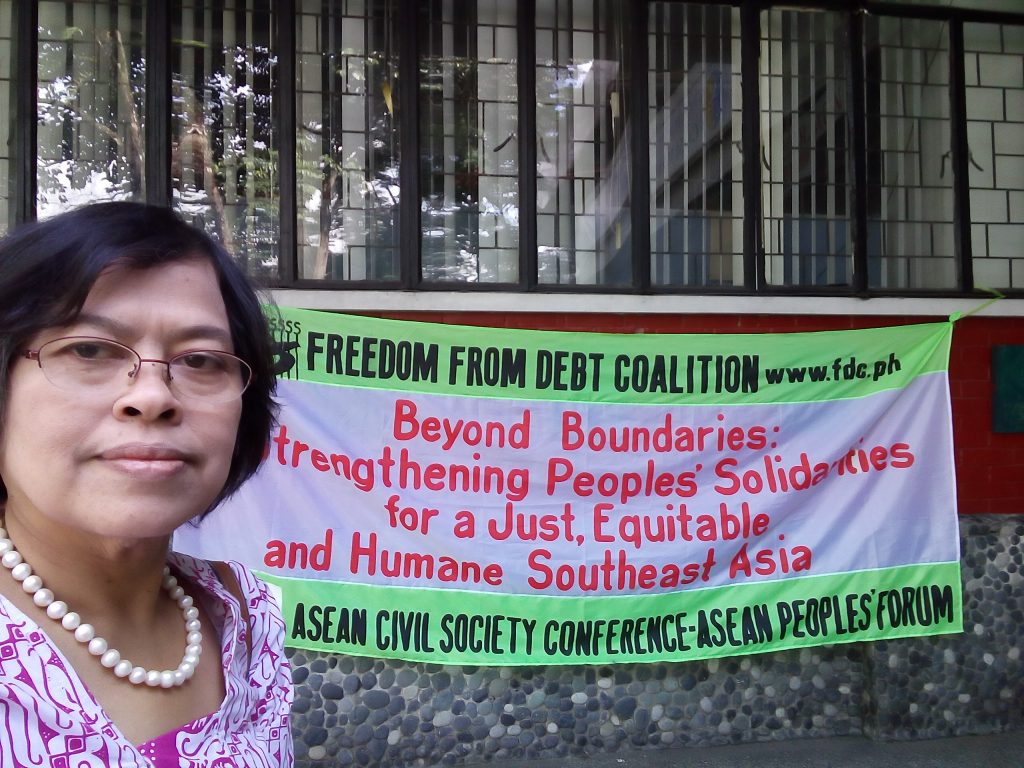 driven organization can do.

Definitely, there is more to be done, says the 57-year-old former chairwoman of the ASEAN Commission on the Promotion and Protection of the Rights of Women and Children (ACWC), based in Jakarta, Indonesia.

At the same time, the ACWC’s ambit of work is limited by its nature as an intergovernmental organization. In this conversation – held just after the 16 days of activism to eliminate violence against women (VAW) ended on Dec. 10 – Purba frankly explains that ACWC is bound by the ASEAN culture of making decisions by consensus and the intricacies of being ASEAN bodies. “Every decision we take at ACWC must be in line with the government policy,” said Purba, who was a member of Indonesia’s National Commission on Violence against Women, known locally as Komnas Perempuan.

Sporting a purple batik shirt and black-rimmed reading glasses that she sometimes takes off, Purba explains that at present, the rights that the ACWC is mandated to protect do not yet include the LGBT, but that “consultations” with governments about the issue are possible.

Purba speaks with fervor about the discrimination many women are still facing in the region. Often, her demeanor gives the impression that she remains more a gender activist than a government representative.

In this Q&A with Reporting ASEAN’s Amanda Siddharta, she discusses the progress and limitations of ASEAN’s regional body on women’s rights.

Q: What is the function of ACWC for ASEAN member states?

Purba: As a matter of fact, ACWC has a mandate to help ASEAN member states to implement CEDAW (The Convention on the Elimination of All Forms of Discrimination against Women). All member states have ratified it. With CEDAW and the SDGs (Sustainable Development Goals), VAW (violence against women) is included. Sure we still have a lot to do, but aspects of CEDAW have been implemented in our programs.

Q: What is the biggest challenge in encouraging member states to implement the CEDAW?

Purba: Some countries do not fully accede to CEDAW because of cultural reasons. This is why we still have a big problem in child marriage and female genital mutilation and the justification was because it is a part of our culture. That is dangerous.

Q: But as a consultative body, how far can it influence member states? For example, in the case of VAW in Indonesia?

Purba: Indonesia doesn’t have the law on anti-sexual violence yet. The bill is still hanging in the House of Representatives. What the ACWC can do is advocating the government for such law to be passed. That’s what I’ve been doing at every meeting with the government. But every decision we take at ACWC must be in line with the government policy.

Q: Do member states have a duty to report on women’s rights violations that happen in their countries?

Purba: No, they don’t have the obligation to report to ACWC. I think that’s the problem because the mechanism (of ACWC) has not included human rights violations in ASEAN yet. The same question was also posed to AICHR (ASEAN Intergovernmental Commission on Human Rights). At regional meetings, I represented the ACWC to convey the work plan, but I can’t report what happened in a country. Even for documents, they must be approved by ASEAN Sectoral Board; we can’t just make one. The most recent one is a joint statement on promoting women, peace and security (on Nov. 16, 2017). We made the statement, but it only became a joint action after it was signed by the Leaders. So if anyone disagreed, then it would not be signed.

Q: In what areas has the ACWC made some progress on when it comes to the protection of women?

Purba: We have the Declaration on the Elimination of Violence against Women adopted in 2013. We have also created a guide with gender perspective to deal with victims, (a) guide that has procedures and everything needed to ensure the victims’ rights. It is available for everyone. That is not including seminars. We also have progress report.

Q: If we speak about violence, not only women, but the LGBT community, including transwomen, are also vulnerable. Does ACWC also cover LGBT rights?

Purba: As for the LGBT community, not yet. But the good thing is in the regional plan of action, one of the characteristics of our target groups (is that they include) include LGBT. The problem is how we can do more for the LGBT through ACWC – just for consultation to the government, it’s not a problem, but what we can’t do yet is protecting their rights.

Q: Now that you have ended your term as the chair of ACWC, what is next?

Purba: I’ve applied for my second term. People are telling me to apply again (laughs). I was also invited to speak at Southeast Asian Women’s Summit in Manila (on 7-9 November).

(*This is one of a three-part set of articles written for the Regional Reporting Fellowship program of the Southeast Asian Press Alliance in 2017.)

To read the main article: https://www.reportingasean.net/can-regional-body-like-asean-eliminate-violence-women/