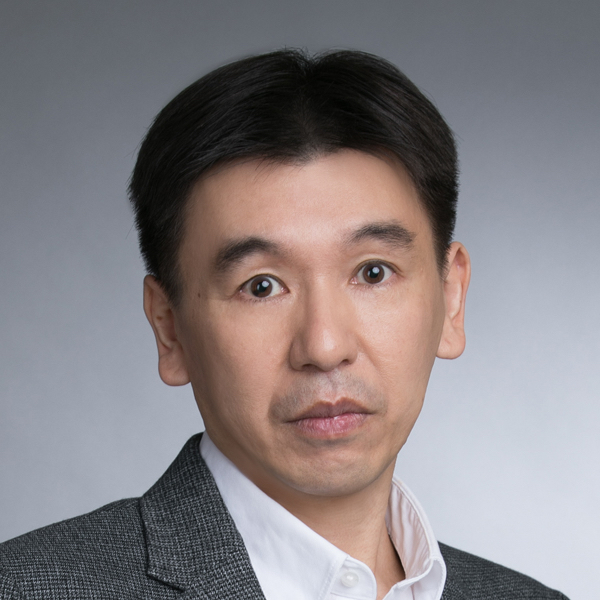 Home » #mediaonmedia » Q&A: ‘Accountability Separates Journalism from Everything Else’

BANGKOK, Jun 8 – Navigating one’s way through the news in Southeast Asia can become a quite a task these days, requiring consumers to be conscious of fake news, misinformation and disinformation while scanning the wide, varied landscape out there.

Indeed, the mass media and news as we know them have changed immensely, as Hong Kong University journalism professor Masato Kajimoto points out in this conversation with Reporting ASEAN’s Johanna Son.

The media are no longer the only channels for information and news, explains Kajimoto, who founded the Asia-Pacific Digital Citizens Network in 2013. The network has media educators and journalists who collaborate to develop methods and materials in news literacy relevant and sensitive to different countries’ needs and contexts. 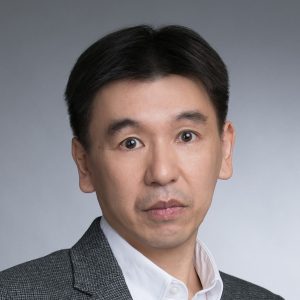 At the same time, misinformation is a growing concern across Southeast Asia, not least when it is packaged as, or pretends to be, reputable news.

In this changed media setting, Kajimoto discusses the need for newer skills like a new form of media literacy education, updated journalism curricula and ways of training journalists.

Specialising in news literary education and research on the ecosystem of misinformation, he has created two open online courses on Making Sense of News and Making Sense of the News: News Literacy for Digital Citizens.

At the same time, Kajimoto points out that Southeast Asia has a more serious problem when it comes to press freedom. It is a far from rosy picture in media freedom, when governments and other actors in society use laws, jail, threats, financial harassment to intimidate journalists, curb independent reporting or close media organizations.

In the end, the media need to rely firmly on what makes them different, and what makes them a profession for the larger public good. This, Kajimoto explains, lies in credibility.

Reporting ASEAN: In many countries in Southeast Asia, fake news and systematic disinformation have become major factors in public life, politics included. What are the common trends you see in these countries when it comes to this problem?

Masaro Kajimoto: Asia is big. It has more than half of world’s population living in dozens of countries. So, it is too much of a generalization or simplification if I say there is a common trend or two, I think. With that said, one thing I will say for sure is that because most Asian countries are not mature democracies (or communist or authoritarian) with limited or no freedom of the press, some of the problems we see in this part of the world are harder to tackle, compared with the West.

Reporting ASEAN: The general view is that the problem of ‘fake news’ has become much worse today. How do you view this?

Kajimoto: We don’t even really have a definition of fake news. Politicians have used that expression to attack even legitimate news reporting. So because we can’t even agree on what fake news is, I don’t think that we can say the problem we have now is worse than before.

I think we are still struggling with this issue and in many Asian countries, there is no free press, so it is really hard to have quality news media in many countries. So on one hand, you can argue that some of the news organizations that are doing mediocre journalism are not fake news. They are not fake news but at the same time they couldn’t be trusted all the time, either.

I think (having a) free press is a bigger problem than misinformation right now, in the region.

Reporting ASEAN: Have the media over-relied on social media as a distribution channel, or given clicks and activity there too much weight as an indicator of ‘success’?

Kajimoto: I think we are talking about two different things. On the business side, definitely most of the media organizations are making money by selling ads. More eyeballs, more clicks on social media generally mean more audiences to show to advertisers, so there is a strong financial incentive for media organizations to pursue engagement on social media. So that’s definitely one aspect to it.

The other side is how they see social media engagement? I think that culture is really different from newsroom to newsroom. Some separate the business from the journalism and others mix them up, so it really depends.

‘Success’ in business is monetary but ‘success’ in journalism is different. For example, raising public awareness of some important issues in our society is one. Providing accurate information for the news audience to make informed decisions/judgments is another. Explaining and investigating complicated news events is also another… which is to say, I think each news room values things differently, and yes, some are focusing more on social media engagement.)

Reporting ASEAN: Has the emergence of online media, in particular social media, and its interlinkages with news production, distribution and consumption, made necessary ‘new’ skills that consumers/receivers must have to navigate this environment? Could you explain ‘news literacy’ in this sense, and how does it differ from what I think we used to call ‘media literacy’?

Kajimoto: It’s hard to describe a whole curriculum in a few sentences, but when we say news literacy, we are talking about modernized version of media literacy education infused with social psychology, cognitive science, statistics, web analytics, verification tools, and other related fields. It is designed for the learners to develop not only a healthy dose of skepticism coupled with critical thinking, but also other skills such as fact-checking techniques, as well as sufficient knowledge about computer algorithms, social media bots, online trolls, censorship mechanisms, political landscape, propaganda, and so on and so forth.

Reporting ASEAN: For media professionals, what does the changed environment require in terms of skills? It seems that fact-checking needs to be a new profession in the newsroom, although it is a bit ironic perhaps since reporting and journalism are supposed to, at its core, about facts?

Kajimoto: I don’t see it (to be) ironic. The fundamental change in today’s digital world is that the media are no longer serving as gatekeepers. Companies, politicians and just about everyone can communicate with the mass audience without going through the media. All sort of information, including mis/disinformation, gets out and spreads among the public without the media now. In my view, journalists’ primary role now is verification more than anything.

Reporting ASEAN: If we looked at journalism education and training, how would these challenges shape curriculum building, or update the skills of working journalists? Have you come across initiatives/changes in universities in Southeast Asia or the wider Asia?

Kajimoto:  Well, Google News Lab and First Draft have been actively training journalists on the latest tools and techniques on social media verification, etc, in Asia, although I am not sure how such one-off workshops would be valuable or effective in the long run.  As for the universities, yes, there are some small-scale, bottom-up efforts (training future news audience and journalists) like ours, but education is a really long-term investment and we won’t see a societal change unless it’s scaled bigger and implemented/practiced for some time.

Reporting ASEAN: Several Southeast Asian countries have been looking at or have passed legislation to control fake news. Do you find these necessarily a threat, or can they be a form of support for a more transparent online media scene?

Kajimoto: I don’t think there should be any legislation. People cannot even agree on what constitutes ‘fake news.’ It is extremely dangerous to give the power to the authorities to arbitrarily decide what is fake news and what is not, especially in countries where judicial system is not trustworthy.

Reporting ASEAN: How serious a threat to the value that media freedom has in a democratic or functioning society do fake news, trolling and others in online spaces pose? A new tactic by several governments and leaders is to attack professional media – could this push audiences to lose trust in media as an institution needed in society?

Kajimoto: It is serious, but I don’t think it’s new. Attacking (or controlling) the media has always been a common tactic by the people with power in Asia. The only difference now is that they use the ‘fake news’ moniker. Oh, I don’t think “trust in media” is a countermeasure to this issue in Asia. In essence, number one – trust is a very abstract concept and (are based on) emotionally charged feelings rather than fact-based rational thoughts, number two – no media/journalist should be getting blind trust by the audience, especially in Asia where the media are often tightly monitored or controlled.

Reporting ASEAN: Are we at the early stage of getting to know this relatively new actor in our media and public spaces – our digital sides?

Kajimoto:I think so. I think of lot of the things that we know about mass media and mass communication are already gone. Right now, any one person can talk to an unknown number of people through the Internet, right? And any person can create content that can go viral – and that is very different from the old model of mass communication. Definitely, the game has changed and that’s the very reason media are struggling because they are no longer gatekeepers. Politicians can communicate with the public directly with social media, for instance. Advocates can bypass media organizations to voice out their views and distribute information before journalists can check its veracity. The public can get information before journalists tell people about it.

Reporting ASEAN: In this changed environment with many, different kinds of players, what is the valued space for media? What sets them apart from other ‘sources of information’?

Kajimoto: For media to be considered credible there are three elements.

One is independence – free from any type of influence from people with any interest, not just financially but also religious beliefs and other things like nepotism and cronyism. Second is verification. There are so many things now that journalists across the world are producing. There is more opinion-based content and I think that this trend has been accelerated by social media as well. Credible news reports should be based on verified facts, not opinions about facts.Third is accountability. Any information that comes from someone who is not held accountable for what he/she says or shares should not be treated the same as someone who takes accountability….

That is a great way to separate social media users from journalists because journalists attach their names to the information and they could be held accountable for the information they distribute, and taking responsibility can be tricky and even dangerous in Asia where defamation can be used as a weapon against journalists.  So, for journalists to say something with their names on it shows accountability. They are different from anonymous social media users who are simply re-posting or retweeting something.

And also that separates news media from platforms as well. Even for small media, if they say something they can be sued for libel or defamation, whereas such platforms as Facebook and Google or chat app developers and other IT companies that created those tools and places for information distribution are not held accountable for the information itself. So that is a huge difference between the two.

So accountability is one of the three pillars that are extremely important – and separates journalism from everything else.