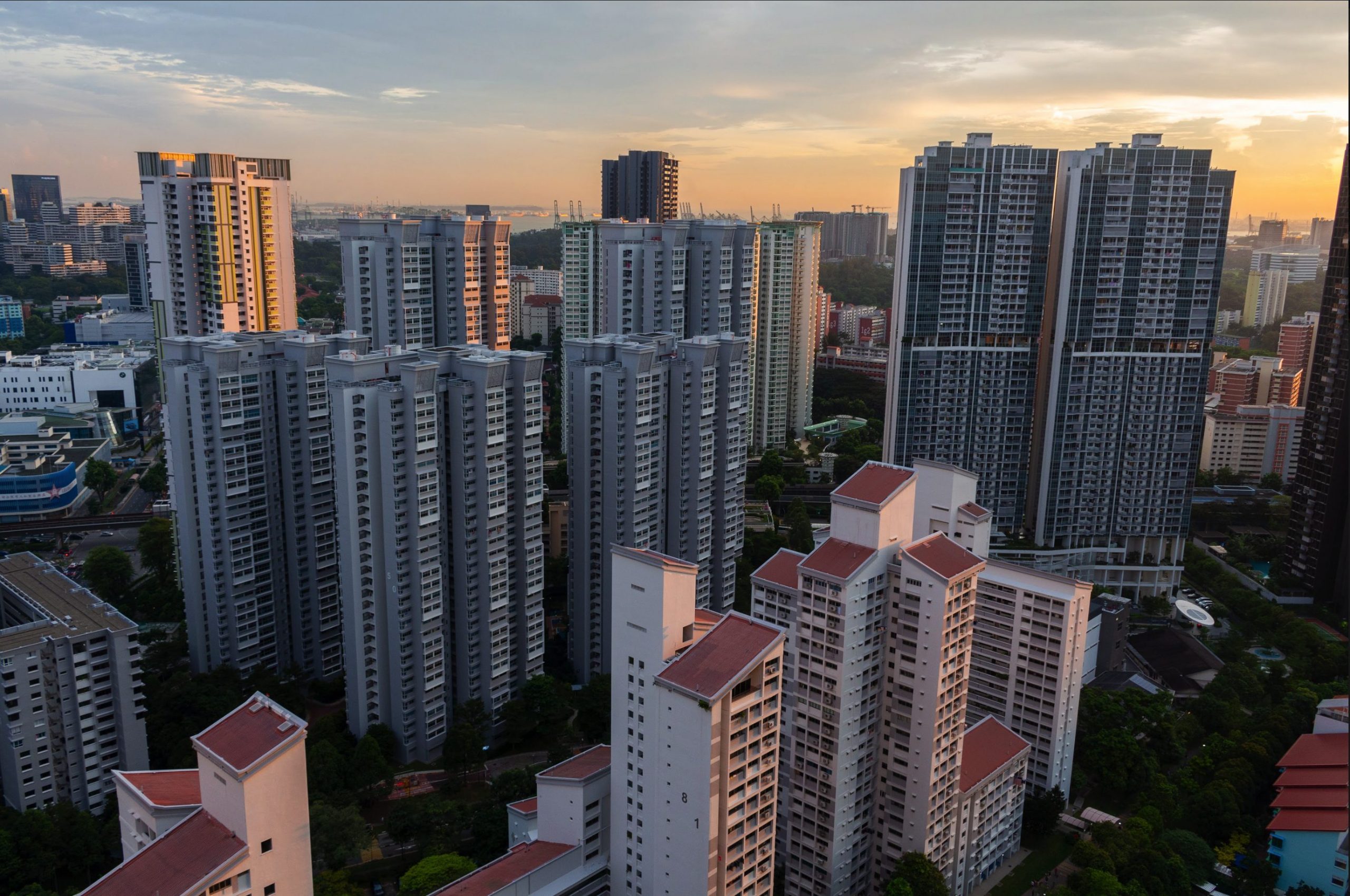 “Energy transition is a collective regional and global effort,” said Singapore’s Minister for Trade and Industry Gan Kim Yong at the opening of the 14th Singapore International Energy Week in October 2021. “It is only when the international community comes together to ensure access to renewable energy resources… will we be able to reduce the power sector’s emissions and slow down the effects of climate change,” he added.

Malaysia had, three days earlier on 22 October, surprised observers by announcing that it would bar the export of renewable energy to Singapore, citing the need to develop its own renewable energy industry and meet domestic sustainability targets.

Singapore’s Energy Market Authority (EMA) was, at the time, just a week away from finalising plans to import 100 megawatts of low-carbon electricity from Malaysia on a two-year trial arrangement.

Electricity imported from Malaysia under the trial “should preferably be from low-carbon sources”, the EMA indicated its public tender, and cannot be coal-generated. Cleaner proposals would be favoured, and importers would also be expected to verify the cleanliness of its electricity, Singapore’s second minister for trade and industry Tan See Leng added in parliament.

Malaysia’s ban, however, extinguished any hope of renewables being included in the mix, despite early interest from energy providers to import electricity generated from solar investments across the border.

YTL PowerSeraya, a Singapore subsidiary of Malaysia’s YTL Power, was eventually appointed on 25 October last year to run the trial.

“The appointment marks a significant step towards the success of an ASEAN power grid,” YTL PowerSeraya CEO John Ng said in a statement.

The Malaysia-Singapore pilot programme and a separate trial to import 100 megawatts of hydroelectric power from Laos via Thailand and Malaysia were touted as “pathfinder” projects for Singapore’s integration into the regional power grid.

At least five Singapore-Indonesia solar energy projects, as well as an ambitious plan to wire solar power from Australia to Singapore via subsea cables , are also in the works.

These efforts, if fully realised, will contribute to Singapore’s aim to import up to 4 gigawatts of electricity – or 30% of the city-state’s energy needs – from the region by 2035.

Natural gas – either piped from neighbouring Malaysia and Indonesia or shipped from elsewhere as LNG – currently make up 95% of Singapore’s electricity supply mix. The remaining 5% comes from coal (1.2%), petroleum products like diesel and fuel oil (0.6%), and waste, biomass, and solar sources (3.2%).

“Importing low-carbon energy will be a key needle mover in Singapore’s energy transition in the near to medium term,” said Gan.

“Even if we maximise all available space in Singapore for solar deployment, and accounting for efficiency improvements, we would still not be able to generate enough power to keep the lights on with solar energy alone,” he added. “Meaningful abatement can only come through tapping on low-carbon energy beyond our shores.”

One of the four “switches” in the country’s “four-switch” energy transition blueprint, the establishment of a regional power grid has been touted as integral for the decarbonisation of the city-state’s energy supply by 2050, alongside the three other “switches” of solar, natural gas, and low-carbon alternatives such as hydrogen and carbon capture.

A March 2022 study commissioned by the EMA likewise found that electricity imports will likely form the biggest proportion of Singapore’s energy mix in two of three “possible futures” that the country could find itself in by 2050, comprising between 40-60% of the country’s energy mix.

Establishing a robust multilateral power trading platform in Southeast Asia, however, has proven to be a near-Sisyphean endeavour.

First discussed in the ASEAN Vision 2020 adopted by the region’s leaders in 1997, the ASEAN Power Grid was envisioned as a means for the region to “promote cooperation in energy efficiency and conservation, as well as the development of new and renewable energy resources”. ASEAN’s Hanoi Plan of Action in 1998 then outlined the need to institute and implement policies for the “early realization” of the regional power grid.

ASEAN’s closest equivalent to a multilateral energy trading system, the experimental Lao PDR–Thailand–Malaysia–Singapore Power Integration Project (LTMS–PIP), is a venture with its own share of hiccups.

The project was initiated in 2014 as a means to test the export of excess hydropower generated in Laos to Singapore via existing transmission lines across Thailand and Malaysia. The programme, however, proceeded as the LTM-PIP without the city-state, and 100MW of hydropower was transmitted from Laos to Malaysia via Thailand in 2018 and 300MW from 2020. Singapore’s absence, industry analysts say, was most likely due to overcapacity in the city-state’s electricity generation sector.

However, after rejoining the venture in 2020, Singapore is now set to finally receive 100MW of Lao hydropower sometime this year, close to 10 years after the project was first mooted.

This unidirectional model, however, is still a far cry from “a true multilateral, multidirectional trading environment” initially envisioned by the regional bloc, the International Energy Agency noted in a 2019 ASEAN multilateral power trade feasibility study commissioned by the ASEAN Secretariat.

In contrast, the Nordic power market, also initiated in the 90s, has quickly evolved from a four-country common electricity market among Norway, Sweden, Finland and Denmark into an integral component of the larger European energy market.

“The ground realities are very different between these regions. The geopolitical situation, economic development, the regulatory environment, and of course the infrastructure and the technical capabilities,” said Ravi Krishnaswamy, senior vice president and head of energy and sustainability practice for Asia-Pacific at the research firm Frost & Sullivan.

“A collective understanding that there is greater opportunity to harmonise, synergise, and meet the decarbonisation electrification targets [together], rather than trying to go in individual ways” is needed, he added.

Spearheading this political effort, however, can pay dividends.

“We have to give credit to Singapore for actually leading this thing in the region. . . [because] everyone seems to be on a waiting game,” said Mary Ann Quirapas-Franco, research fellow at the National University of Singapore’s Energy Studies Institute.

“They want to have the first-mover advantage, because they will get to set the scene,” she added. “This will affect how the region gets to play within this whole energy transition.”

Balancing demand for low-carbon energy with notions of energy equity and environmental justice will also be a key challenge.

A regional power grid will mean that well-documented environmental risks associated with dam building, for instance, will no longer be the exclusive concern of hydropower-producing countries like Laos. The growing institutionalisation of Environmental, Social, and Governance (ESG) standards and an increased focus on ethical consumption will make it more difficult for importing countries like Singapore to distance itself entirely from the risks – environmental, reputational, or otherwise – that accompany the renewable energy they import.

A robust auditing, due diligence, and ESG framework will therefore have to be a built into any bilateral or multilateral energy trading system. Cross-border energy deals, in other words, cannot be seen as opportunities to outsource problems to less-developed neighbours.

“The whole point of transitioning to clean tech is to have sustainable development, and economic prices are but one indicator of sustainable development. One also needs to consider energy access, what is its impact on the environment, energy equity. These are questions that should be asked by developing countries like Laos, the Philippines, and Indonesia when going into these deals,” said Quirapas-Franco.

(This feature is part of Reporting ASEAN’s Sustainability Series, which is supported by the Heinrich Boell Foundation Southeast Asia.)