KYOTO, Japan, Dec 11 (Reporting ASEAN) –When the announcement was made that the Philippines would be the presiding chair of the Association of Southeast Asian Nations (ASEAN) in 2017, the “news” spread widely among partisans of President Rodrigo Duterte that this represented a vote of approval by governments of the region of Duterte’s policies. 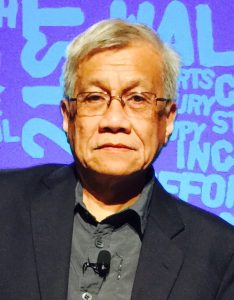 This amusing development told volumes about how ASEAN is perceived by the peoples of the region, that is, how little it appears on their radar screens, so that even a basic fact as ASEAN’s rotating chairmanship is something most people are ignorant of. Indeed, were one to ask an ordinary Filipino or Thai or Indonesian what ASEAN is, it is more than likely that one will get an answer like “ASEAN” being the brand name of a commodity like cement.

Despite its nearly half century of existence, the organization has had very little impact on the lives of most people in the region.

Will the chairmanship of the Philippine Government under President Duterte leave its mark on ASEAN? This is unlikely.

The organization pretty much has a momentum—or, less kindly, inertia—of its own.

Scores of meetings of its various commissions, committees and subcommittees take place every year in different parts of the region. These are useful in terms of exchanging experiences and information but for the most part, they have very little impact on the policies of the different governments of the region.

One of the most active commissions in terms of meetings is the ASEAN Intergovernmental Commission on Human Rights. But if one were to ask, has the work of the Commission had any impact on the human rights, labor rights, gender rights, and migrant rights policies and practices of the different governments, one would be hard put to answer in the affirmative.

From the ASEAN Summit to the smallest subcommittee meeting, the operative word is “consensus,” which is interpreted as agreeing to disagree. Consensus, or the papering over of differences to arrive at non-decisions, is said to be the “ASEAN Way,” in contrast to laborious negotiations to arrive at clearly crafted decisions or declarations which may not be uniformly favorable to all parties, which is labelled the “western way.”

With Duterte’s hostility to human rights and his authoritarian propensities, there might be expectations that the Philippine government might now lower its profile when it comes to these issues. But then the Philippines has not really been that vocal when it comes to human rights abuses and anti-democratic practices by neighboring governments, preferring for the most part to abide by the so-called principle of non-intervention, that is, the time-honored ASEAN “principle” of turning a blind eye to abuses taking place in neighboring states. For instance, the Philippines has been silent on the disappearance of the activist Sombath Sompone in Laos and the 2014 military coup in Thailand. Former President Benigno Aquino III refused to even raise these issues in private meetings with his counterparts, as he was requested by human rights NGOs.

Indeed, with its bloody campaign of extra-judicial execution of drug users and pushers, which has claimed over 6,000 lives, the Duterte administration might now be the one invoking “ASEAN solidarity” to counter expressions of concern about its human rights violations from non-ASEAN governments.

South China Sea and the Rohingyas

The two issues that have rocked ASEAN over the last few years have been the conflict of territorial claims in the South China Sea and the plight of the Rohingyas.

On the first crisis, the temperature is now likely to go way down since the Duterte administration has agreed to establish relations with China on a friendly basis, engage in bilateral talks to resolve the territorial dispute, and put the Philippines’ legal victory in The Hague on the backburner. The Hun Sen government in Cambodia will definitely feel relieved at no longer being singled out by Manila as the “bad boy” obstructing an ASEAN united front against China. With its stated preference for bilateral discussions, Manila is also not likely to push the long-postponed ASEAN-China multilateral talks to come up with a Code of Conduct in the South China Sea. With Manila’s abandonment of former President Benigno Aquino III’s strategy of firm opposition, resistance to China’s territorial ambitions in the area is now likely to be led by Vietnam.

The Rohingya issue is another matter altogether. Alarmed at the prospects of Rohingyas continuing to wash up on its shores and out of concern for fellow Muslims, Malaysia has strongly criticized Myanmar for its policies of driving out this persecuted minority and recently called for a review of Myanmar’s membership in ASEAN. The Malaysian call is a significant departure from the ASEAN principle of non-intervention in one another’s affairs.

As ASEAN chair, the Philippines is likely to lead in coordinating negotiations between Myanmar and its ASEAN neighbors that are directly affected by the refugee ouflow: Malaysia, Thailand, and Indonesia. It is not likely, however, that a solid solution will be arrived at during Manila’s reign, given the Myanmar government’s hardline denial of citizenship status to the Rohingyas and de facto head of state Aung Sang Suu Kyi’s reluctance to speak out on their plight. Still, being ASEAN chair and not being directly involved in the Rohingya issue, one must not discount the possible impact of an unconventional move by the unconventional Duterte, like his reaching out to Aung Sang Suu Kyi in an effort to melt polarized positions.

On the economic front, it will be under the chairmanship of the Philippines that ASEAN will assess progress towards the much-vaunted ASEAN Economic Community, which was supposed to have come into being at the end of 2015. Despite the Philippines’ being disadvantaged in agriculture, industry, services, and labor by the AEC agreement, it is unlikely that the Duterte administration will ask for a slowing down of the integration process, which, skeptical observers say, is proceeding at a snail’s pace anyway, contrary to triumphalist claims by the ASEAN secretariat in Jakarta.

The Trans-Pacific Partnership (TPP) promoted by Japan and the Regional Comprehensive Economic Partnership (RCEP) pushed by China will be major items of discussion by governments throughout the region. ASEAN is not expected, however, to take the leading role in these discussions since this is the prerogative of national governments, which have different stances toward these proposed mega-agreements

So all in all, the Philippines’ reign as ASEAN chair is not likely to be as controversial as Cambodia’s term in 2012, when the chair, under pressure from China, violated precedent and blocked the issuance of the traditional joint statement at the ASEAN Summit in Phnom Penh, for fear it would be critical of Cambodia’s economic patron. Most likely, under Duterte, the ASEAN chairmanship will revert to what it has traditionally been: ceremonial, soporific and uncontroversial.

*Walden Bello is a former member of the House of Representatives of the Philippines and a member of the Board of the ASEAN Parliamentarians for Human Rights. He is currently a senior research fellow at the Center for Southeast Asian Studies of Kyoto University.