BANGKOK, Mar 7 (Reporting ASEAN) – When the ASEAN Community came around on 31 Dec. 2015, the media communities in the 10 member countries were still nursing a hangover. But this was not a hangover they had just acquired overnight. All along, the media had been zeroing in on their countries’ nation-building efforts – and neglecting to report on the five-decade-old process of community-building in the region. 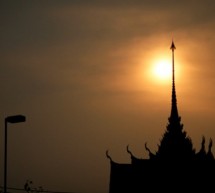 The story of ASEAN integration continues way beyond the ASEAN Community’s launch at end-2015.

In fact, these 10 small states in Southeast Asia had banded together at the outset to nurture and preserve a fragile unity aimed at preventing continued squabbling among themselves, and to deter external threats. Three decades after it was formed in 1967, ASEAN had become more consolidated politically and richer economically, and occupied a prominent place in the international arena. It had become more confident, strong enough to bring former enemies together as one family under one roof and thus fulfilling the ASEAN founding fathers’ long-held dream.

After 1997, ASEAN focused on making sure that its enlargement would not weaken it or divide its members due to differences over their political and economic systems, while snail-paced economic integration continued. Unlike other regional organisation in the worlds, including the much-emulated European Union, ASEAN attempted to integrate member states coming from completely different political and economic systems into one unit – without any pre-condition or grace period.

The community-building process to integrate all 10 ASEAN economies was not an event to be commemorated, as the media would like to portray. Instead, it has been a bumpy journey to integration since ASEAN’s birth, along a road dotted with potholes. However, with the new ASEAN Vision 2025 that keeps the momentum of integration going into the next decade, the member countries’ work has now been cut out for them.

So, lo and behold, the ASEAN Community is here, and it is real. It represents an evolving effort by all stakeholders in member countries to forge ahead and synergize their common visions and goals. Given this reality, it is about time that journalists from all media platforms, traditional and digitalized, do their job to inform the public about opportunities and challenges in ways that enhance connectivity among their countries, institutions – and most importantly, the 625 million ASEAN citizens.

First of all, future media reports on ASEAN must go beyond bilateral matters. This old habit dies hard and still proliferates in ASEAN media circles. Before the ASEAN Community came into being, such a habit was understandable as news reports were focused on individual member countries and the benefits they derive from being an ASEAN member.

But the official establishment of the ASEAN Community challenges media outlets to craft fresh news routines that concentrate on common endeavours to deepen the grouping’s integration. To do so, their reporting teams have to be updated and equipped with knowledge and critical understanding of the latest developments in ASEAN member countries as they implement action plans or ideas that would bring them closer to one another.

This requires tangible work plans by assignment editors and their journalists to “think ASEAN’. After all, the ASEAN Community is not only about the tedious one thousand plus meetings held each year with pageantry and fanfare, among government officials in business suits. It is about the member countries’ common struggle to overcome potential challenges they share.

Climate change, pandemics, food and water insecurity, violence and extremist groups, terrorism, drug smuggling, human trafficking and nuclear proliferation are just some of the pivotal transnational issues that require joint ASEAN efforts and planning. No single ASEAN member can manage these challenges alone and in a sustained manner.

To increase citizens’ awareness of ASEAN, journalists in all ASEAN countries must first be connected among themselves. They have to invest in acquiring a comprehensive understanding of the ongoing process of community-building and the challenges and consequences of deeper integration and connectivity. Through their networks and personal linkages, they could forge shared knowledge and understanding of what the ASEAN Community is all about. Otherwise, their reporting could easily be polarised with negative views — common positions taken by sceptics on the theme of globalisation.

Opportunities and challenges created by ASEAN integration require dynamic media communities to follow up on all measures and efforts that would make the grouping more inclusive and cohesive. After all, community-building is not for the elites of our societies. For decades, ASEAN leaders have taken the lead in formulating policies to build a durable grouping. This grouping is now in place. Today, as a community, other stakeholders too have to do their part for this shared community.

ASEAN journalists must focus on the aspirations of common folk who have made ASEAN what it is today. ASEAN is unique as it is the land of diversity in all aspects – political, economic and cultural. Without ASEAN citizens’ participation, the envisioned ASEAN Community that is all encompassing, rules-based and democratic, would become elusive.

Most importantly, media communities in ASEAN must create among their citizens a sense of ownership of this Community. Without the people’s active engagement, the much-hyped notion of a “people-centred” ASEAN would be hollow. Much of this onus is on the media.

(*Kavi Chongkittavorn is a senior fellow at the Institute of Security and International Studies at Chulalongkorn University and a long-time columnist on foreign affairs and ASEAN issues in The Nation newspaper.)