VIENTIANE, Oct 18 (Reporting ASEAN) – It has been 20 years since the Lao People’s Democratic Republic officially become a member of ASEAN, but many Lao people don’t feel very connected it – but generally believe that their country’s membership in the regional association can only bring benefits.

Conversations with Lao people also reflect a sentiment that Lao PDR, a Least Developed Country of about 7 million people, still needs a good amount of preparation to catch up with its fellow member countries in ASEAN.

Lao PDR became an ASEAN member in 1997, belonging to the so-called CLMV countries – Cambodia, Lao PDR, Myanmar and Vietnam – that joined the grouping after the earlier six countries. These are Brunei, Indonesia, Malaysia, the Philippines, Singapore and Thailand. 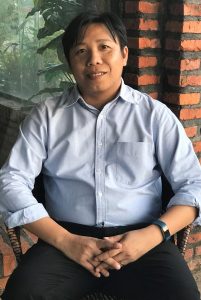 Anongkone Phimmasone, whose work with a Japanese high-profile construction company called Satokogyo has seen him being sent to Thailand, Singapore and Malaysia, has a regional mindset not always commonly found here. After working in Southeast Asia for more than five years, the 36-year-old civil engineer says he believes that Lao PDR needs to improve its working environment, systems and human resources if it is better use its linkages with the rest of ASEAN and its 640 million people.

“Laos is still behind other countries. We lack a good system. For example, we don’t even have a professional license for engineers. Everyone in Laos can practise engineering so it is hard to control standards,” said Anongkone, explaining how a graduate certificate is different from a professional license. “In Singapore, Malaysia and Thailand, you must pass a test that examines your knowledge about materials, law, and safety to get the license.”

At the same time, he believes that Lao PDR – usually described as a landlocked country that is banking on regional integration to achieve its development goals – has a lot of resources it can make use of. Its membership in ASEAN has also given it a place of its own in the region. “Laos is in an advantageous position. It still got rich natural resources and strongly supported by its brother China,” said Anongkone. “People outside Laos see Laos more legitimate and not alone anymore, as Laos is a part of the ASEAN Community. These factors can attract more investors. As long as Laos has transparent regulations, a clear and supportive investment policy, Laos can benefit from this membership.”

Lao PDR cannot turn back the clock and focus on the problems and challenges of regional integration, but needs to seriously work on how to improve its poor infrastructure, low-skilled labor, policies to support the business sector and foreign investments.

Thirty-seven year-old Sittiphone Thapesuphanh, who runs his own human resource consultancy here called Karuna Sole Company, appreciates ongoing cooperation among ASEAN members. “We have learnt and continue learning from other nations who have gone through the same struggles we are facing now,” he added. “We have other members as our allies, providing assistance in various issues ranging from basic infrastructure to education, public health and economic development.”

Having provided human resource personnel plus career planning for students, Sittiphone believes that the country gain opportunities from easier movement of some professionals within the region, which the ASEAN Economic Community is supposed to facilitate.

“As we lack a lot of skills, knowledge, know-how and such, we can now get access (to these) as part of a larger labor market for short-term benefits. However, for the longer- term benefits, we Lao people will learn and improve ourselves to match with our neighbors not only in terms of knowledge and skills, but also in attitude – especially professionalism which we still lack,” Sittiphone explained.

ASEAN’s expansion has included considerations for the different levels of development between the so-called ASEAN Six and the CLMV countries, which have until 2018 for instance to fully put in place arrangements for the ASEAN Community, especially in the ASEAN Economic Community. ASEAN also has a programme for narrowing the development gap between newer and older members, as part of efforts to avoid having a two-tier regional association.

If Sitthiphone runs his own business in the human resource sector, Anongkone has established his own construction company. Both can sense that the business and labour sectors are going to face more trade liberalisation and more competition from stronger ASEAN economies. 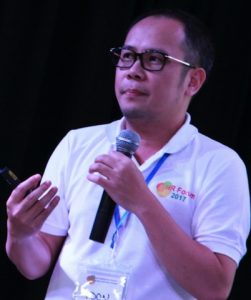 “Other ASEAN countries have much more advanced technology and skills in terms of construction. They have built high-rise buildings for ages, while we just started. This competition would have negative effects on labor but in a way, we can learn a lot from them,” added Anongkone.

Ketdala Chanthaboupha, a mother of three who is married to an Australian national, once studied in Vietnam and currently lives in Jakarta, Indonesia. Against the backdrop of this exposure, Ketdala reflects that Lao PDR can gain benefit from learning from its neighbours – including changing people’s attitudes toward job values.

For her, Lao people often prefer to do ‘easier’ jobs compared to their neighbors in Vietnam and Indonesia. For instance, she said, “I really admire Indonesians who work as road traffic instructors. Despite the rain or heat, they still work with very little income. I wish Lao people have this attitude (too),” Ketdala said. 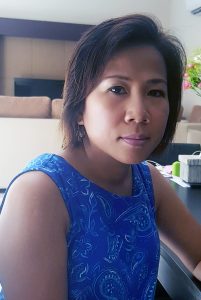 “Supplying professional and well-trained housemaids to foreigners or sending housemaids to other countries is a good business in Indonesia and this kind of service is (needed) by foreigners,” she said, adding that this could perhaps help Lao PDR reduce its citizens’ vulnerability to human trafficking and undocumented migration, as well as unemployment.

After two decades, Lao PDR cannot turn back the clock and focus on the problems and challenges of regional integration, but needs to seriously work on how to improve its poor infrastructure, low-skilled labor, policies to support the business sector and foreign investments. In sum, Lao PDR just has to learn, understand and adjust itself to the changing environment in the region.

“Why do we need to keep up with the rest? The answer is clear. If we don’t, we will lose our jobs to the better suitable candidates who are from other countries,” Sittiphone pointed out. “Of course, we will also have disadvantages from the freer movement of labor within the region. However, this will only be short term and after the adjustment, I believe that Laos will enjoy an improvement in our labor quality.”