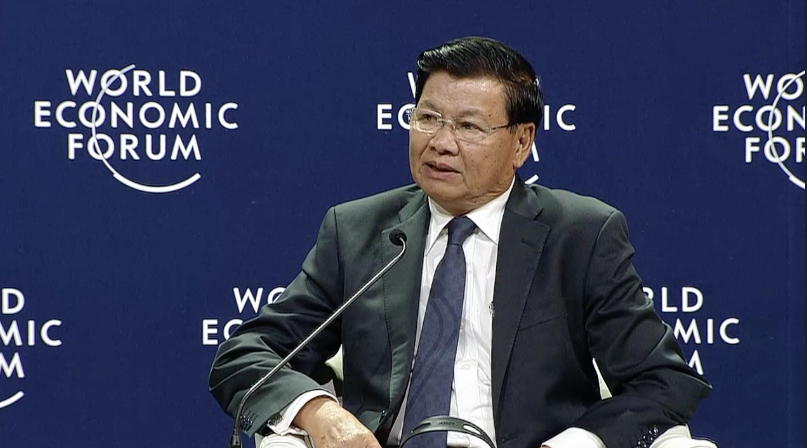 Home » Features » Laos: ‘We Have This Commitment On Hydropower’

Reporting ASEAN transcribed the following translated remarks made by Lao Prime Minister Thongloun Sisoulith about Laos’ hydropower policy in the wake of the Jul. 23, 2018 collapse of a dam in the Xe-Pian Xe-Namnoy project. He was part of the leaders’ plenary discussion called ‘A New Vision for the Mekong Region’ at the World Economic Forum – ASEAN 2018 in September 2018, Hanoi, Vietnam.)

The entire discussion is available here:

Question by moderator, Justin Wood of WEF: I wanted to ask a question, if I may, a question about -we know In July (2018) you had a setback when one of your dams collapsed whilst it was being built. Can you tell us, has this impacted at all the schedule that we should expect for the development of your electricity and your electricity exports? Has this changed the outlook for Laos’ possibility to be the battery of Southeast Asia?’

PM Thongloun: Thank you, Justin, for this good question. I was expecting this question for Laos. This saying about Laos becoming a battery of ASEAN came from an article of a magazine that wrote about this many years ago. They did a study – Mekong tributaries in Laos present opportunities for development of hydroelectricity in Laos to be used for development and production and also export to neighboring countries. And they even said that Laos can one day become a battery of Asia, or ASEAN. But I don’t agree with their assessment.

I explained it before, that Laos cannot become the battery of Asia because our capacity to develop electricity in Laos, compared to the demand of ASEAN countries, neighboring countries, is very limited. But Laos has the capacity to leverage this potential, in terms of water resources in Laos. We can produce electricity that is sufficient for Laos and that can be exported to our neighboring countries.

The use of electricity within the country as opposed to exporting to neighboring countries – we have been able to achieve 2/3rds of our capacity. We have been exporting electricity to Thailand. Thailand is our biggest consumer and also Vietnam and Cambodia also buys electricity from Laos. However, of course, building hydropower projects in Laos should be done based on a well studied and well planned approach. We have to ensure that we comply with international standards. The study of a project should be based on scientific information and experts’ views. Laos has about over 50 hydropower dams across the country.

The saddle dam of the (Xe-Pian Xe-Namnoy) dam in Attapeu province that collapsed, the saddle dam is part of the dam project in Attapeu, it’s a project that’s still under construction but the saddle dam collapsed. We, in terms of electricity development, we have this commitment to make sure that from now on, development of hydropower projects should be based on careful planning and good design and we have to ensure socio-economic aspects and the potential impact of the project on society in terms of project development, megaprojects. We have to invite stakeholders – regional and international stakeholders – to join us in the study of the feasibility of the project, such as under the MRC framework.

Of the Xe-Pian Xe-Namnoy hydropower dam that we were talking about in Attapeu province, this one has not been completed and has not started exporting electricity. However, after the incident in July in Attapeu province, we have announced the suspension of all new hydropower daw projects and we are also inspecting those projects that are under construction and we have also invited experts to come and investigate the reason behind the collapse of the saddle dam.

However, building hydropower projects is a good way to generate income. It is a good way to generate renewable and clean energy and we have good model projects in Laos such as the Nam Theun 2 hydropower dam project. This was a project that started many years ago with the support of many parties such as the World Bank and other financiers. It has made great achievements, so we have learned a lot from this project and also the incident in the Xe-Pian Xe- Namnoy dam project.

The impact of the incident in July is something that we will continue to take into account in moving forward in terms of our hydropower production. Laos will still continue to study other options of renewable and clean energies such as solar panel and wind turbine in terms of sources of electricity production.