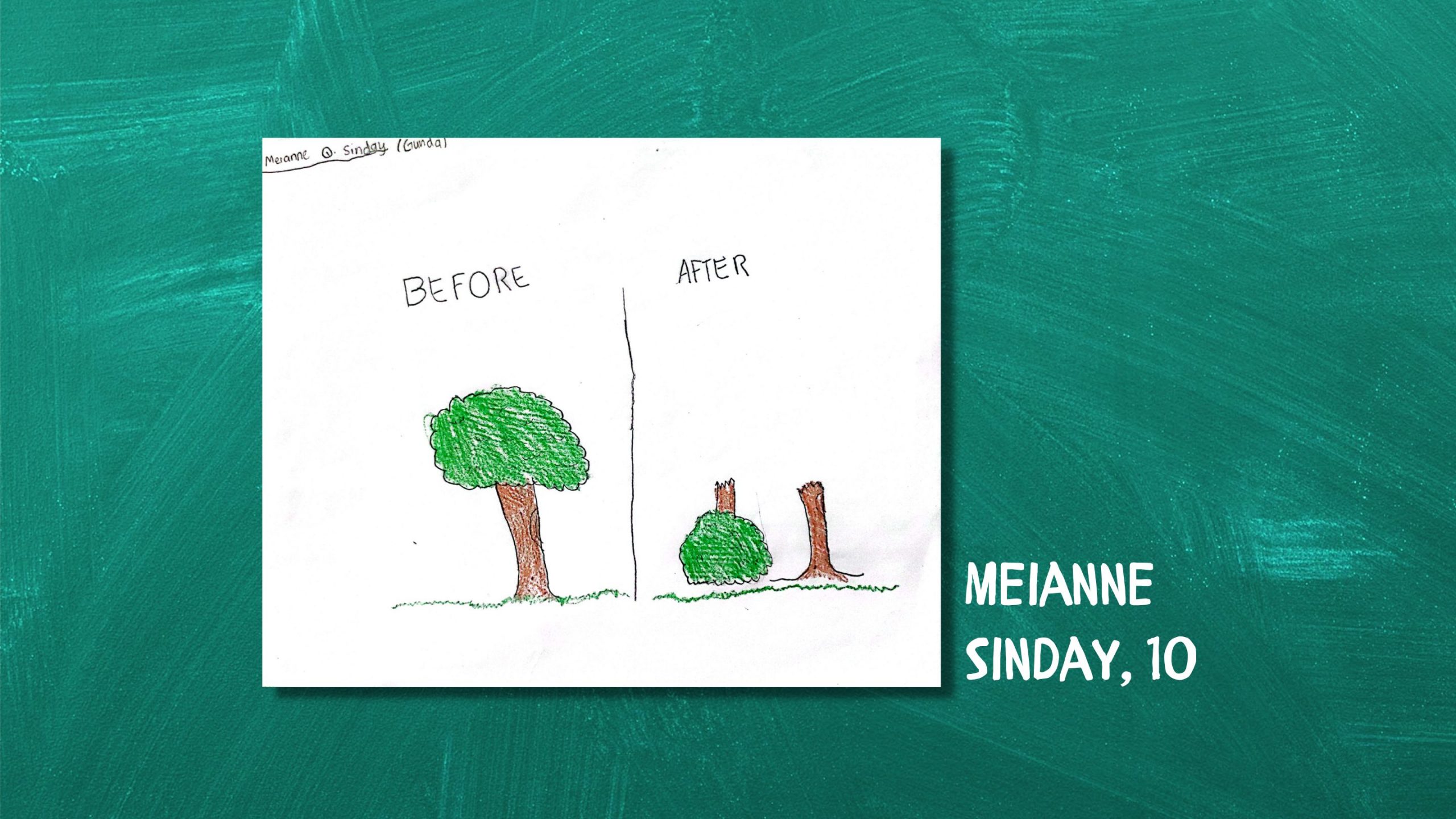 Read also: A Year After Disaster, Siargao Folk Put the Pieces of Life Back Together

Crayons of all colours lay scattered on the living room floor of a one-storey concrete house here on this scenic island in southeastern Philippines, amid the chatter of kids busy selecting which to use in their drawings.

A group of seven kids – all cousins to one another and some of whom were siblings, halted their playtime and crouched over the blank sheets of bond paper I had laid out for them. The new activity: to draw their memories of typhoon Odette.

On 16 December 2021, the damage wrought by super typhoon Odette, whose international name was Rai, made unrecognizable the famous tourist destination of Siargao, located in Surigao del Norte province. With maximum sustained winds of 195 kilometres per hour, Odette’s destruction caused at least 19 deaths in Siargao, which bore the brunt of the super typhoon. Seven children were reported to have died from the diarrhea outbreak that followed the disaster.

To these kids aged five to 10, living through the super typhoon was lived experience. In fact, several of them had hunkered down in this very house, located in the barangay (village) of Union in the municipal district of Dapa, during the onslaught of the typhoon. Torrential rains, strong winds, and storm surges destroyed homes and establishments a­cross the island after Odette made its first landfall in the country here.

Some of the youngsters tended to glance or point to the huge window in the living room while explaining to me, in the local Surigaonon language, the rains and thunder they were drawing.

Disturbing memories these were, but the kids looked thrilled and cheerful in their creative reminiscing of the super typhoon event. They were so engrossed in the activity that for a moment, I wondered if this was possible due to the innocence of childhood, or whether art really had that much power to beautifully reinvent, or help release, a traumatic experience.

As heart-warming as it was to see them proudly showing their finished drawings to each other, I felt discomfort arise in the contradiction between the joy they found in the moment and the destruction captured in their work. But I also found myself hoping that these memories can help ignite in them a passion to fight for their generation’s future on this planet.

Through these drawings, which they created on 27 July 2022, Akeelah, Earl, Eka, Khyven, Judea, Meianne, Moreen remember the fury of Odette.

Lessons From A Super Typhoon: On Top of COVID-19, Education Got Another Hit From Odette

‘My God, It Was Such A Helpless Situation!’