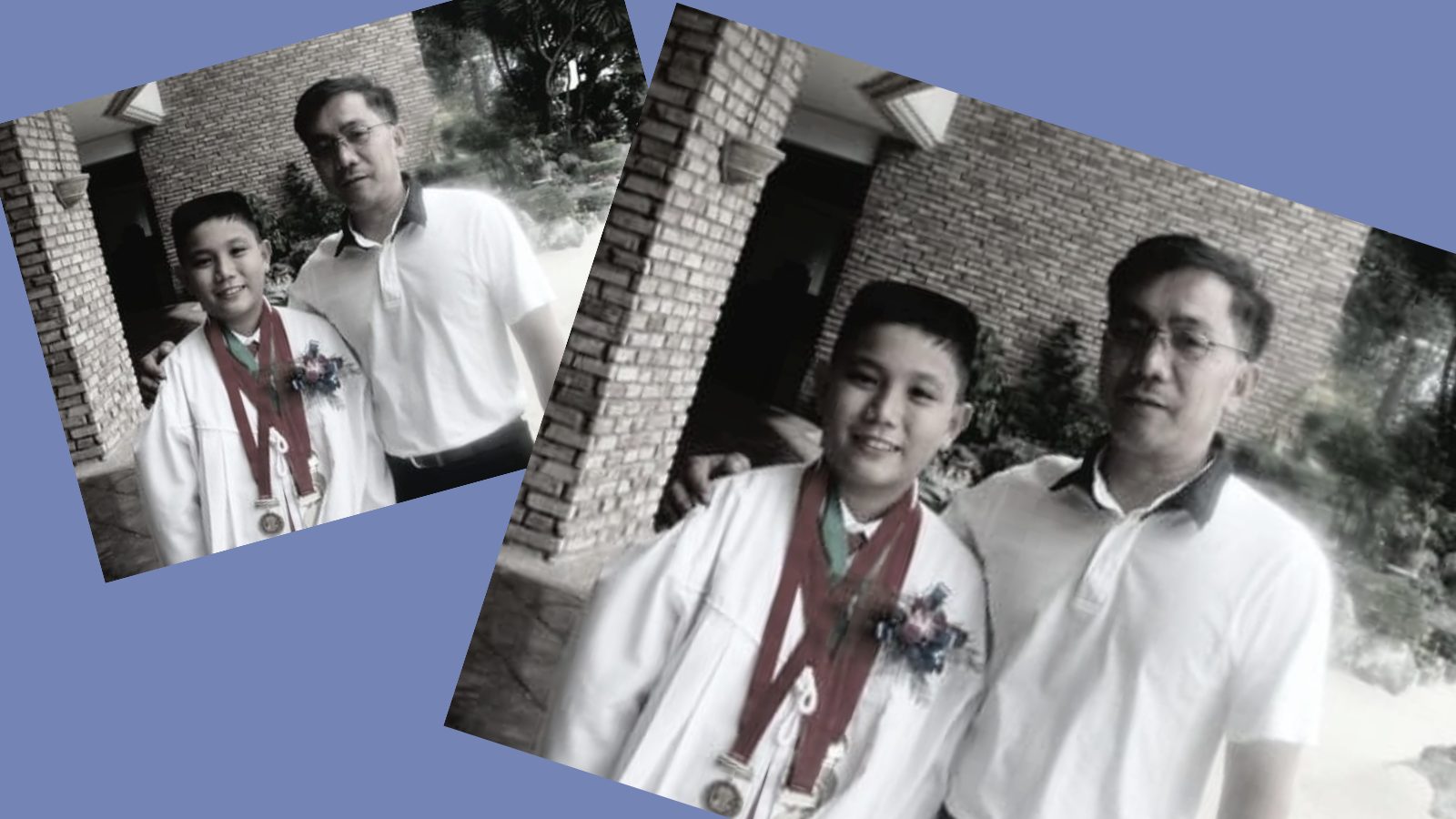 Home » Features » I am among the one million Filipinos who had COVID-19. My Papa was one of the 17,800 people who died from it.

I am one of the more than one million Filipinos who had COVID-19. Papa is one of the 17,800 people who have died from it in our country.

When I hear the statement saying that the Philippines’ “health system remains struggling,” it does not strike me as a mere idea. It brings back vivid imagery of how our hospitals seem to have been incapacitated by the COVID-19 pandemic. During my short stay in a public hospital in April, I witnessed two deaths in the emergency room and one death (my father’s) in Room 304. In all those three cases, I heard the same thing from the nurses and doctors: “Nagawa na po namin ang lahat ng aming makakaya. Condolence po.”  (We have done all that we can. Our condolences.)

I believe them when they say that they have done all that they can. I can testify to how the medical staff — from doctors to nurses to even maintenance people — poured their hard work into serving others. But when I hear those same words from our national leaders, I burn in anger and disbelief.

“Hindi tayo nagkulang.” (“We have not fallen short.”) These three words from Philippine President Rodrigo Duterte on April 15 made me utter the baddest words I can say. If that statement were true, then papa could still be with me while I write this. Nagkulang ang gobyerno kaya masa ang apektado. (The government fell short, so the masses bear the brunt of this.)

Like most hospitals, the one where my father died on April 29 lacks nurses. Each patient then is required to have a “watcher” who will do the basic nursing jobs such as giving medicine, monitoring oxygen supply, etc. I was my father’s watcher for some time. I signed a waiver that says I consent to be exposed to the virus. I did that twice and got infected once. We lack health workers and yet the response that I heard was “Hindi tayo nagkulang.”

‘For 20 days at the hospital, my father battled the virus. For 20 days, my father suffered the consequences of the government’s incompetence.’

We also lack hospitals. It took us a whole night, just looking for a hospital that can accommodate my father. We were only waitlisted for admission. In the shortest list, he was 50th in line. So we ended up staying in the emergency room of a public hospital. After a day of running through the list of all the contact numbers of hospitals in Luzon (the Philippines’ main island where the capital Metro Manila is located in), we heard that presidential spokesman Harry Roque has been hospitalized for COVID-19 treatment. I thought there was no room. But apparently there was. There were. Only if you have power, like Roque has.

Even if we have hospitals, even if we have nurses, we lack medical supplies and equipment. My father needed Remdesivir, a drug used to treat COVID-19 symptoms. The hospital had no supply, however. We looked for the medicine ourselves. We shelled out almost 50,000 pesos (nearly 1,050 US dollars, through the help from the donation drive we launched) to buy the drug. We were then informed that that money would never be reimbursed by the government health insurance agency PhilHealth — which by the way allegedly lost 15 billion pesos (more than 313 million dollars) to corruption, money that was in effect taken from our pockets as taxpayers.

Still, we were grateful. My father could now take the medicine that helped Harry Roque recover. But then, things happened. Papa’s oxygen level kept going down, and he needed to be intubated. But the hospital could not do intubation; they did not have the equipment for it. We were advised to transfer my father to a ‘more advanced’ hospital. However, his oxygen level was too low for him to be safely transported to another hospital. It would be a big risk, the doctor said. Yet it was a risk we thought of taking. We contacted the health department’s One Hospital Command Center to help us look for a hospital, and an ambulance. They said they would call us back. There was no return call. Oh wait, they did call back. They called us back late. Too late. Papa had already died.

For 20 days at the hospital, my father battled the virus. For 20 days, my father suffered the consequences of the government’s incompetence. I do not think it was the virus that killed my father. He was physically strong, and had no comorbidity. I believe it was the negligence of the leaders who could have worked to improve the system.

It was April 29, 2021 when my father died. He was just one among the 17,800 Filipinos who have died from COVID-19 as of today. (As of May 6, the Philippines had 17,800 deaths from COVID-19, and a cumulative total of 1,073,555 cases, going by World Health Organization data -Ed.) We have been victimized for more than a year now, yet we continue to witness the trauma that incompetence entails.

Below is a photo — the last selfie I had with papa’s body — that reminds me that I was once witness to how a failed government response kills innocent individuals who want nothing but to continue living for their families.

(*Jomel ‘JM’ Paguian, 21, is a third-year journalism major at the University of the Philippines (Diliman). He was with his father, Oyie, when the latter passed away. JM originally submitted this piece to his community development class.)

Click here to see our data viz on COVID-19 cases and trends in Southeast Asia and here for our data on vaccination in the region.