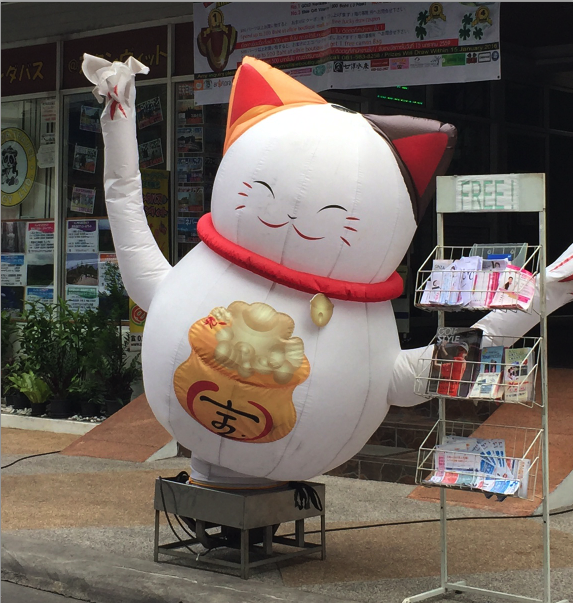 TOKYO, Nov 3 (Reporting ASEAN) – Japan’s economic ties with countries of the Association of Southeast Asian Nations (ASEAN) go back decades, but future linkages between them will take deeper root with the emergence of the ASEAN Community and be led by the youth from both sides, analysts say.

Japan-ASEAN ties were defined largely by investments and business in the eighties – which is why Japan is credited for many an ASEAN country’s manufacturing base and industrialisation process. But because of societal changes on both sides in recent decades, the Japan-ASEAN relationship – traditionally viewed as that of investor and beneficiary – has changed into a more equal one. 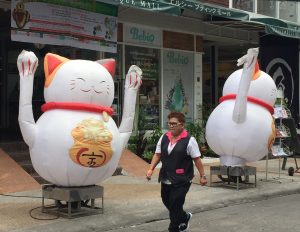 Studies by Japanese experts, and discussions at an October conference here on ‘ASEAN and Japan: A Year of Win-Win’, indicate that the younger generation from Japan and ASEAN’s 10 member countries has moved way beyond the more top-down relationship that marked relations two decades ago.

For starters, “Japanese youth now live in a less affluent society given the slowing down of the Japanese economy these past decades,” explained Prof. Takashi Inoguchi, president of the University of Niigata Prefecture.

“There are also more commonalities between the two groups based on frequent visits between the countries, student exchanges and the Internet that has promoted the different cultures,” he added. “ASEAN-Japan relations are different now compared to the time when Japan was the richest country in Asia and seen more as a benefactor.”

In fact, surveys conducted by Inoguchi among Japanese and Indonesian youth about their perspectives on major social institutions such as the mass media, government, and political parties revealed similar trends – and this is one indication of a growing trend of shared concerns from the northern and south-eastern parts of Asia.

“Our surveys noticed a marked loss in confidence in political parties, for instance, in both Japan and Indonesia, In contrast, young respondents showed higher support for the media, reflecting the thriving social media usage. We also recorded trust in big business,” Inoguchi pointed out.

The sentiments and concerns of younger citizens matter because more than 60 percent of ASEAN’s more than 620 million people are under 35, ASEAN statistics show. ASEAN is made up of Brunei, Cambodia, Indonesia, Laos, Malaysia, Myanmar and the Philippines, Singapore, Thailand and Vietnam. More than 60 percent of ASEAN’s population are under 40 years of age, ASEAN statistics show.

Due to concerns about its ageing population and low population growth figures, Japan has had to put in place new policies to look beyond its borders for its economic survival. As a result, deeper integration coming up in ASEAN – marked by the official launch of the ASEAN Community in December 2015 that aims to have the region working as one single unit in political, economic and socio-cultural terms – is viewed a crucial opportunity here.

Japanese government policy towards ASEAN is defined as sharing the same push toward the development and sustainability of an industrial society, while preserving the environment and natural resources.

At the October conference, National University of Singapore’s Prof. Siok Kuan Tambyah said: “Japan is a key partner for the ASEAN and this role will expand with the blessing of the youth after ASEAN integration.”

She cited findings from her study on the values of Singaporean youth, which revealed the importance of family and security in the city-state that has highest quality of life in ASEAN, and the linking of this security with the rest of South-east Asia and East Asia, including Japan. “Singapore is part of East Asia and shares similar roots with China and Hong Kong and Japan. Choosing security as a top value they cherish reflects the need for youth to feel close to their community,” she explained.

Tambyah added that Singaporean youth are heavily influenced by Japanese culture particularly in lighter areas such as food, fashion and sharing of entertainment.

While Japan-ASEAN ties have been growing in the socio-cultural and people-to-people aspects, they have also been deepening in the area of larger social development concerns, away from the traditional context of development relations and assistance in the area of physical infrastructure projects.

Therefore, the coming of the ASEAN Community also provides Japan an opportunity to be part of efforts within ASEAN itself to narrow the development gap within and among the member countries, which range from first-world Singapore to a country with Least Developed Country status like Laos and Myanmar.

For young people, Tambyah said economic integration also poses the challenge of widening gaps among youth between countries and within countries, for instance in rural and urban areas.

At the same time, she said: “This could spill over in the partnership with Japan where better educated youth in the richer ASEAN countries have the advantage to take up opportunities (overseas, including Japan) because they are simply richer and better educated,” she said.

Experts here say a partnership with Japan may well be crucial for the future growth of ASEAN, providing Tokyo room lend financial support and technical skills to help meet the challenges that integration brings to its member countries.

Prof. Rimbawan Martopuro from Bogor Agricultural University has begun conducting student exchanges with Japanese students for the purpose of getting the next generation of leaders from ASEAN and Japan to know more about each other’s contexts. Currently, ASEAN youth represent 20 percent of Japan’s foreign students.

“Japan`s partnership to support youth development in ASEAN countries is crucial to promote growth” in the ASEAN Community that is to be formed,” he said.

Inoguchi added that his research shows that Japanese youth today feel closer towards their colleagues in ASEAN countries due to similar values such as respect for elders and the importance of family.

Ties with ASEAN colleagues also enrich Japan, Inoguchi pointed out. “Apart from sharing similar Asian core values, ASEAN also represents diversity with its cross section of religions and ethnicities. This is a great learning opportunity for Japanese youth, who are more or less reared in a homogenous environment.” (END/RA/SK/JS)