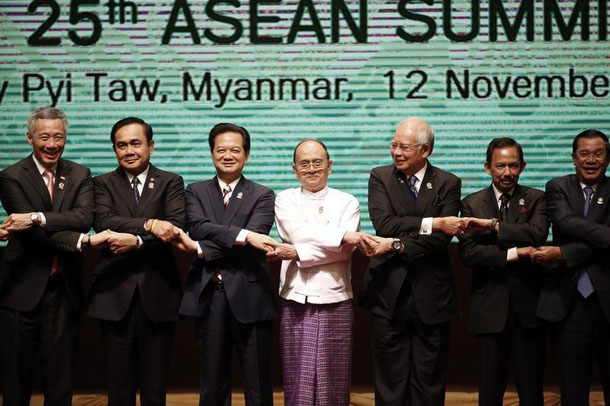 Home » Features » Five Decades On, Is ASEAN Ready to Grow Up?

SINGAPORE, Sep 27 (Reporting ASEAN) — The Association of Southeast Asian Nations is a peculiar creature. Though it draws a diverse mix of foreign leaders and ministers to its meetings, it has much less clout internally and often cannot get its own members to implement its decisions.

The bloc works at a “practically glacial pace” and “every idea takes 10 years to mature,” as Asean’s inaugural secretary-general, Malaysia’s Ajit Singh, put it at the annual Asean Roundtable, held at the Yusof Ishak-Institute of Southeast Asian Studies (ISEAS) in Singapore this month.

Nearly 50 years since its founding, Asean members are still struggling to surrender any political sovereignty, the key to becoming the powerhouse regional community they say they want to be. As an intergovernmental grouping, Asean’s members are used to a loose kind of collective decision-making and an aversion to broaching the sensitivities of member states.

Resolving these internal contradictions may well be the major challenge facing the bloc in the years ahead, as it steps up integration efforts with the official launch of the Asean Community in December. Putting itself forth as a community—especially the audacious push for a common market and eradication of trade, labor and capital barriers—throws up a wider mix of challenges for the organization.

How these goals can be achieved, given that Asean members are allowed to pick and choose which elements they find palatable, with no sanctions on non-compliance or inaction, will determine how its journey to real integration will play out.