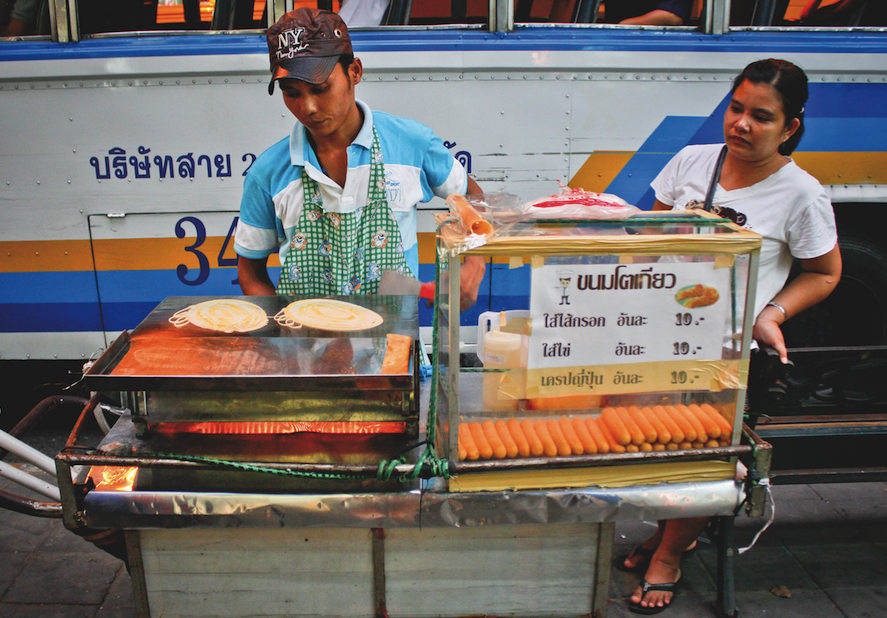 Home » Features » CSR in the Philippines: ‘Everybody Happy’

MANILA, Feb 29 (Reporting ASEAN) – Giving back to the community. Being an inclusive business. A business that makes partners out of its suppliers and the communities around it.

These are some of the ways that Philippine corporations and business groups define corporate social responsibility (CSR), a habit that is acquiring more relevance against the backdrop of deeper economic integration in the Association of South-east Asian Nations (ASEAN).

Though CSR is far from new in this South-east Asian country and some Philippine business networks were its early adopters, its scope and practice has expanded from the charity and donation-based approach to more long-term, inclusive and socially responsible ways of making money from the society that businesses make their profit from.

And as corporations look beyond national borders and invest overseas – the ASEAN Community offers opportunities that are making some local companies overseas investors –groups like the Singapore-based ASEAN CSR Network have been encouraging businesses to discuss CSR in their local and regional contexts, and set norms around socially responsible behaviour. The ASEAN Economic Community, one of three pillars of the ASEAN Community launched in December 2015, envisions the region as a single market and production base.

The pursuit of CSR means companies are giving something back to the community using a portion of the earnings they generate, explained Caroline Grace Pedragosa, manager of the Centre for Corporate Citizenship of the Philippine Business for Social Progress (PBSP), the largest corporate-led social development foundation in the country.

It is also about inclusive business, she says, so that for instance, CSR involves partnerships between companies as buyers of materials including ingredients, and communities as producers and suppliers of these items.

“Aside from inclusive business, CSR in the Philippines has progressed into something that involves the greater participation of communities in the business of companies,” she said. “And this creates incomes and improves livelihoods.”

“For example, the company buys food ingredients from a group of farmers; the farmers in turn experience a robust business with this trade relationship. “Lahat masaya (Everybody’s happy),” Pedragosa said in an interview.

Created in 1970 and starting with 50 businessmen who set aside 1 percent of their companies’ net incomes before taxes to put into poverty reduction, PBSP began with the slogan of “helping people help themselves”. Today, it has more than 267 large, small and medium-size companies as members.

The first of its kind in Asia to promote the concept of CSR, it believes businesses play a critical role in helping in reducing poverty, not through doleouts but through initiatives that help them become more self-reliant, productive members of society.

For the social responsibility arm of the Philippines’ largest fastfood chain Jollibee Foods Corp – which has several outlets in ASEAN countries and beyond Asia – it is important that the company works with local farmers and farmers’ cooperatives, which supply most of the popular chain’s ingredients, including onions, tomatoes, garlic, and lettuce, said Gisela Tiongson, executive director of the Jollibee Group Foundation.

“They are our trade partners and we believe in helping them and their livelihoods become sustainable,” she said.

For its part, Nestle Philippines, which employs 3,800 people, says its business concept is called ”creating shared value” and highlights its belief in the interdependence between business and society.

“CSV (creating shared value) intertwines its business activities with initiatives that promote the welfare of society. We’re seeing this as an opportunity to create competitive advantage for the business while adding value to society at the same time,” said Ernie Mascenon, head of corporate affairs of Nestle Philippines.

At the same, Nestle also pursues what some may call the more ‘traditional’ kind of CSR. Nestle Philippines recently invested in a factory equipped with systems that will be useful not only to the company but also to the community. Its fifth and latest factory, located in Batangas province — located around 100 kilometres south of Manila — collects rainwater and recovers and uses industrial wastewater and light-saving energy.

“We join the government in its goal of supporting Filipino industries and helping them remain competitive,” said Mascenon. He adds that Nestle also supports the government in its efforts to be in harmony with the rest of ASEAN, especially now that the regional grouping has embarked on concrete plans toward deeper economic integration.

Jollibee Group Foundation’s Tiongson said it is also the government’s responsibility to help connect local businesss to the wider world, such as ASEAN countries. “The partnership of companies with government has, over the years, succeeded in connecting communities,” she said. “It is time to look at the changing wider world and how we can join it.”

The PBSP has been in touch with businesses in its neighbouring countries in the region as it continues to promote CSR, Pedragosa adds. “We are all hoping that an integrated ASEAN will indeed be a single market that can address development gaps, and be inclusive and harmonised,” she said. “We will be glad to see how it unfolds in a positive way.” (Diana Mendoza)

(This article was done for the ‘CSR in ASEAN’ series of the Reporting ASEAN: 2015 and Beyond program.)