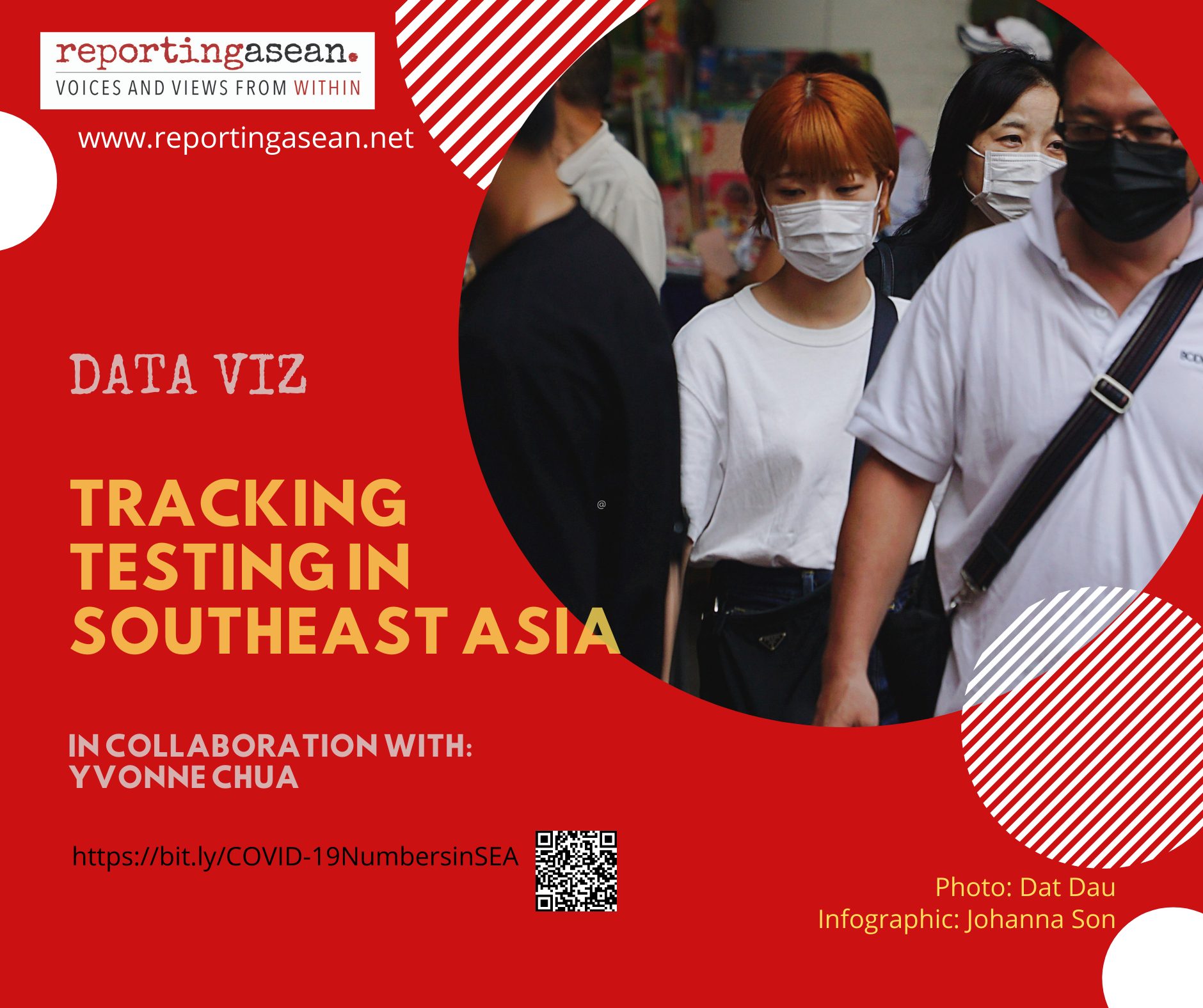 COVID-19 testing makes just about everyone sit up and take notice, so this set of charts tracks two types of statistics that tell a much more contextualised story. That is, beyond just calling for ‘testing’.

Data below show the total number of tests done as reported by the governments of 11 Southeast Asian countries, as well the number of tests in proportion to their population sizes (right column in each country’s data set). The figure for tests per million people gives the proportion of people who have been tested after factoring in huge differences in these countries’ population sizes. Tests per million people are a more nuanced point of comparison that gross test statistics.

The testing data, over time, will be interesting to see for correlations, if any, between how a country coped with the pandemic, or issues like fatalities, and the tests they had. Generally,  the hope is  that more testing, done wisely, can detect cases earlier and thus prevent more deaths, as many medical sites and experts have explained. Note that some countries may not have had a particularly massive amount of tests, but appear to have better managed it and are slowly reopening their economies.

Testing also involves many more issues than just getting test kits and actually conducting them – many more issues relate to how testing is decided upon, for which groups and how much resources are put into it. – Johanna Son, Reporting ASEAN editor. (Data from Our World in Data.)