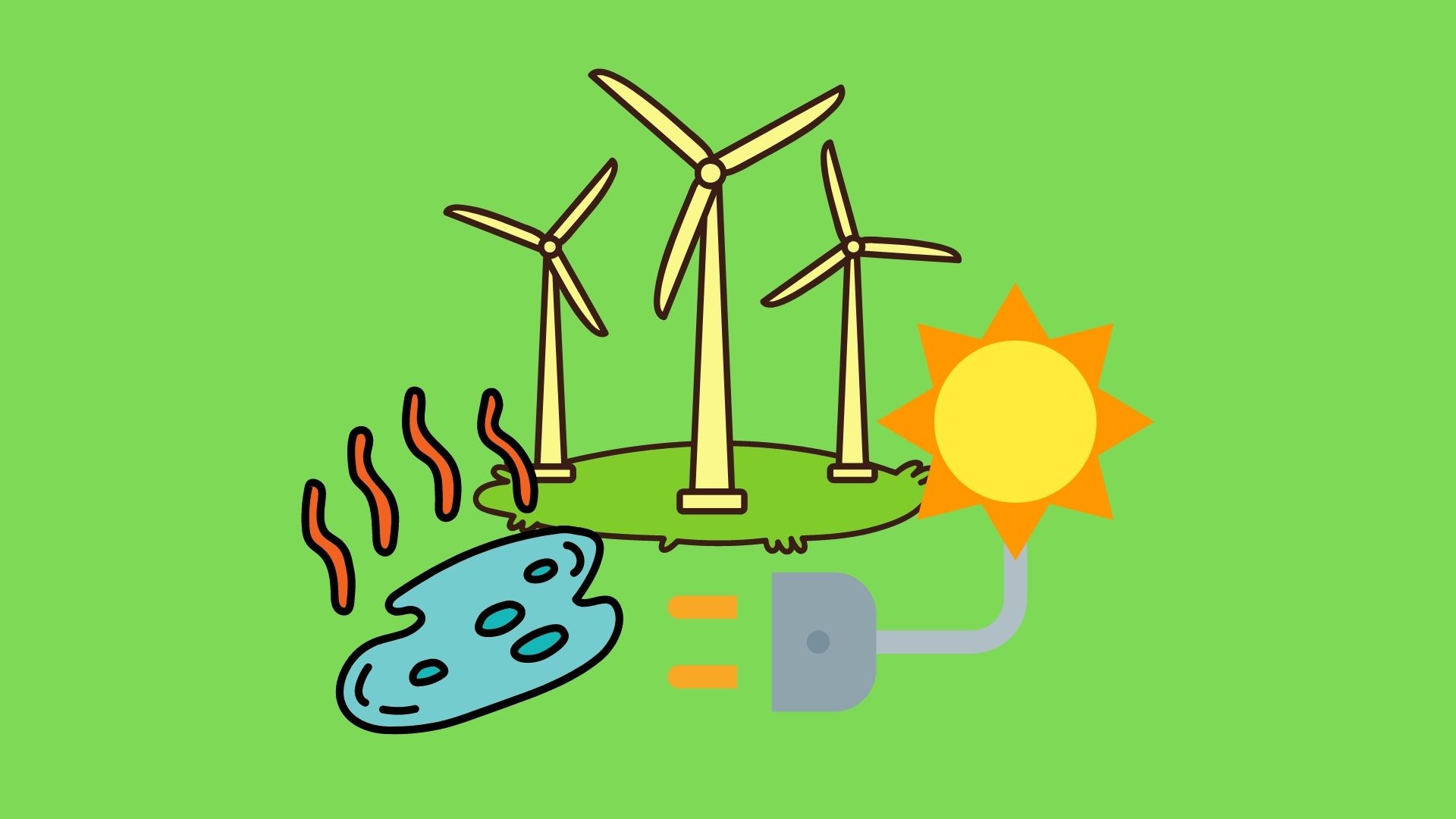 Home » Features » Could COVID-19 Give New Wind to Renewable Energy?

Kicking the fossil-fuel habit completely was hard for AC Energy, the energy arm of Philippine corporate giant Ayala Corporation, to do overnight – even though it has been investing in renewables in Southeast Asia for nearly a decade.

But the COVID-19 pandemic gave it new wind to sail on in this energy transition, as societies examine alternatives to economic and consumption patterns that have fed many of the world’s shared crises, from health emergencies like COVID-19 to pollution and climate change.

When AC Energy announced in April that it would make a full exit from coal investments by 2030, mainly by selling off such assets, it stood out as an unconventional move in a region that remains quite dependent on coal.

In fact, Southeast Asia’s coal demand is forecast to grow by more than 5% a year through 2024, compared to a 1.1% global increase in 2018, says the ‘Coal 2019’ report by the Paris-based International Energy Agency.

While some countries in Europe and Latin America have been taking steps toward carbon neutrality, the picture is different in Southeast Asia.

The region has the third highest number of coal power plants in the pipeline after China and India, according to the United Nations-backed Sustainable Energy for All, an organization that is pushing for sustainable energy by 2030. It adds that the Philippines, Vietnam and Indonesia have the largest coal-plant pipeline in the region, reflecting their reliance on coal to fuel economic growth.

While this reality remains, could a global shock like COVID-19 make a shift to less harmful ways of energy production a stronger business and investment reality for Southeast Asia? Is a transition that was once harder to imagine, taking deeper root not only as a desired, needed goal but a financially sound one?

While the impact of the decision by one firm, a relatively small and upstart one at that, remains to be seen, it is showing how this shift has become much more conceivable these days.

“Ayala’s decision will make a difference in the Philippine energy mix if they will really invest more on renewables. It will tilt the balance toward renewable energy because it is a market signal,” said Gerry Arances, convenor of the Power for People (P4P) Coalition.

Given the trends toward cleaner energy and lower carbon footprints amid the impacts of climate change, shifts such as Ayala’s divestment of coal investments was “bound to happen”, he adds.

Before AC Energy’s announcement, First Gen Corp, a subsidiary of the conglomerate First Philippine Holdings, said in 2016 it would no longer invest in or build coal-fired power plants and would instead push for the development of geothermal plants and renewable sources.

“There are many reasons why (ASEAN) government(s) should utilize renewable energy when the pandemic is over,” said Iqlima Fuqoha and Rika Safrina, two experts who wrote about the impact of COVID-19 on the region’s renewable energy sector for the ASEAN Centre for Energy.

Communities living in polluted environments are facing additional challenges amid the current pandemic situation, they said. “Investing in the renewable energy industry as one of the climate mitigation efforts should be prioritized, before another climate-induced disease or global economic recession caused by climate change happens again,” they wrote.

While the pandemic has affected our economies and way of life, Arances said it is an opportunity “to ensure that any revival of the economy to provide power should be in favor of renewables”.

He explained: “I’m not saying COVID-19 is positive—it’s there already and it’s what we’re facing. But it has also opened up a rethinking for a more systematic approach in the way we live and consume electricity and the way we’ve set up our power industry.”

Through the years, AC Energy had already been selling off some of its coal assets. But a confluence of factors in recent years made feasible its full decision in April to drop coal: Global developments in the renewables industry and its falling costs, the company’s regional expansion and its intent of going big on renewables from the start.

“We have made the explicit announcement only now because we cannot commit back then that we will get out of coal, because our convictions aren’t high yet at that time,” AC Energy president and chief executive officer John Eric Francia said in an interview.

Renewables make up half of AC Energy’s mix of investments in Southeast Asia, with solar energy accounting for 590 megawatts and wind energy 312 MW of its attributable capacity.

The Philippines takes up 479 MW of this portfolio, Vietnam, 379 MW and Indonesia, 184 MW. AC Energy operates eight solar, wind, geothermal and biomass plants in the Philippines; two solar plants in Vietnam, and a geothermal plant and wind plant in Indonesia.

The company plans to scale up its renewables profile to over 5,000 megawatts by 2025, aiming to become the largest listed renewables platform in Southeast Asia, Francia added.

Unlike AC Energy, which has Southeast Asia for a market, domestically focused energy players would find it tough to abandon coal because the Philippine market relies heavily on fossil-fuel sources. Just 20.8% of its energy comes from renewables as of 2019, says the country’s Department of Energy. Coal accounts for 54.6% in terms of source of power generation.

“Unless you go regional, how can you say that you would get out of coal and focus on renewables when you aspire to be the number 1 or 2 player in the Philippines?” Francia asked. “You cannot.”

Just in July, Germany passed legislation to phase out coal-fired power stations by 2038. Elsewhere, Costa Rica aims to end fossil-fuel use by 2050 and be a carbon-neutral economy.

Changes have been emerging in East Asia too. Mizuho Financial Group and Sumitomo Mitsui Financial Group, two Japanese banks that are among the biggest funders of coal power projects, said in April that they would no longer back new fossil fuel projects. The ruling party in South Korea, the world’s seventh-largest carbon emitter, has expressed support to a Green New Deal that aims for net zero carbon emissions by 2050.

Ayala’s move may “alter the landscape for investment and determine how other corporations (in he region) will map out their development pathways in the near to midterm future,” said Chuck Baclagon, Asia digital campaigner for the global climate movement called 350.org.

“What was unthinkable a decade ago is now taking place,” Red Constantino, executive director of the Institute of Climate and Sustainable Cities, said, adding that major banks, insurers and reinsurers have been pursuing coal exit policies.

When AC Energy entered the market in 2011, it was not exactly a robust environment for renewables even if the Philippine government had committed to raising to 50 percent the share of renewables of its electricity generating capacity by 2030. In fact, the 35% share of renewables in the energy mix at the time — which includes geothermal, wind, solar and biomass — dropped through the succeeding years.

“An early managed transition to renewables would mean a more flexible, reliable and modern power system, with modular power supply options that are cost-competitive and which will generate far more job opportunities,” Constantino added.

Constantino said COVID and climate responses can go hand in hand. “Pandemic stimulus will prove critical to massively upgrading key areas of the economy that have long required resilience and modernization, such as urban services, medical and food supply chains, clean energy infrastructure that favors decentralized power, and transport systems that prioritize moving people instead of cars,” he said.

LOOKING TO THE POST-PANDEMIC ERA

Southeast Asia’s demand for energy has grown by more than 80% since 2000, and is projected to grow by 60% to 2040, says the IEA. Electricity demand in what was, until the pandemic, a region of high growth rates has been growing at 6% a year.

There is some concern about the impact of supply-chain disruptions on the construction of renewable energy projects, as well as whether countries will opt for what they see as cheaper electricity sources as demand has dipped during the economic slowdown.

But the IEA, in its report on Southeast Asia, is confident that the global trend, one where the costs of renewables are declining and worries about carbon emissions and pollution are growing, will continue to “alter the balance of future additions to the power mix”.

Its Global Energy Review in April said that renewable electricity generation, from solar, wind and hydro power, is still projected to rise by nearly 5% in 2020.

But in Southeast Asia, “only a few countries have included the RE (renewable energy) sector in their economic recovery response as of now,” said the ASEAN Centre for Energy brief. Its authors suggest that governments in the region to give green stimulus packages for renewable energy markets.

Amid the pandemic, Malaysia plans to spend 2.9 billion US dollars in the installation of rooftop solar panels and to invite investments for a 1,400-MW solar project, the centre says.

Vietnam has been extending timeframes for solar and wind energy initiatives in the current uncertain environment, it adds. In April, Vietnam launched a new tariff scheme for solar projects as part of a strategy to achieve national energy security in 2021 and source 20% of power from renewables by 2030.

(*This feature is part of the Reporting ASEAN Sustainability Series.)