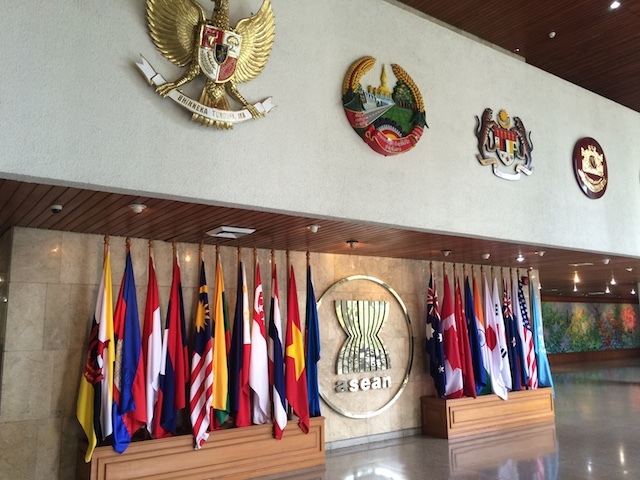 BANGKOK, Thailand – “We know that you’re a dominant superpower right in our neighborhood, so we must deal with you. But trust you? Umm, not quite.”

If ASEAN and China were two persons having a frank chat, this may well be what ASEAN citizens would be saying to Beijing – if one were to go by the results of a January 2019 report on how Southeast Asians view their region and the major players in it.

This mistrust of China stands out as a major concern in the “State of Southeast Asia: 2019” report of the Singapore-based ASEAN Studies Center (ASC) at the ISEAS-Yusof Ishak Institute, particularly when seen against the backdrop of other sentiments: pessimism and uncertainty, recognition of the deterioration in US power and influence, concerns about big-power rivalry and the longer, deeper reach of China’s shadow.

A total of 45.2% of respondents pointed to China as the country or regional organization with “the most influence politically and strategically in Southeast Asia.” This was followed by the US at 30.5%, then ASEAN at 20.8%.

In addition, almost 3 out of 4 Southeast Asians, or 73% find China to have the most economic influence over the region.

Taken together, these two mean that while China – ASEAN countries’ largest trading partner for a decade – has been recognized for some time as an economic heavyweight, it is now being seen as the major political and strategic power as well.

“China’s expanding influence from the economic realm into the political strategic sphere is preparing the ground for Beijing to take on the region’s leadership mantle,” the report said.

“China has not been shy about its ambition to regain its rightful place in global affairs, and Southeast Asia will be a test bed for Beijing in this respect,” said the report, which discussed the findings from a 31-question survey with 1,008 respondents from the 10 ASEAN countries.

“While China is regarded as the most influential major power in both economic and political-strategic domains and is expected to assume a larger leadership role in the region, its expanding influence has not inculcated a sense of confidence in its conduct of global affairs,” said the report, authored by an ASC team with researchers Tang Siew Mun, Moe Thuzar, Hoang Thi Ha, Termsak Chalermpalanupap, and Pham Thi Phuong Thao.

“Conversely, Japan, which is not as highly regarded as either China or the US in hard power in regional influence, is widely seen as the most trusted major power in the region,” they observed.

Most of the survey’s responses came from the business/finance community (10.4%), followed by civil society (8%) and the media (6.7%). While the survey is not representative, it aims to “present a general view of prevailing attitudes among those in a position to inform of influence policy on regional political, economic and social issues and concerns,” the report authors said.

The survey results offer other nuances around Southeast Asia’s perceptions about China, in what the ASEAN Studies Center, in an article explaining the report, called “feeling the dragon’s breath.”

A total of 45.4% of respondents believe that “China will become a revisionist power with an intent to turn Southeast Asia into its sphere of influence.” Six ASEAN countries – the Philippines, Vietnam, Singapore, Cambodia, Thailand, and Indonesia – chose this as their top response to a question asking about China’s reemergence as a major power in the region.

In short, while its dominance is acknowledged, China is not seen as an altruistic presence by most respondents. In fact, only 8.9% of respondents found China “a benign and benevolent power.”

“This result, compared to the majority view that China will be a revisionist power, is a wake-up call for China to burnish its negative image across Southeast Asia despite Beijing’s repeated assurance of its benign and peaceful rise,” the report’s authors said.

In addition, 74.1% of respondents expect China “to vie for political leadership in response to the growing indifference of the US towards Southeast Asia and ASEAN.” This view was strongest from Singapore at 90.5% of respondents, followed Malaysia, Brunei, the Philippines, and Thailand, with their range of percentages going from 78.5% to 76.8%.

Sixty-two percent of Southeast Asians fear that ASEAN is becoming the arena for major power competition and almost the same number worry about ASEAN’s “ability to deal with fluid political and economic developments.”

Asked whether they trust China to “do the right thing” in contributing to global peace, security, prosperity, and governance, a little over half of the respondents said they had “little confidence” (35.5%) or “no confidence” in the country in these areas.

Even in Cambodia, the ASEAN country that the report says is seen as a “China-leaning state,” 58.3% had little or no confidence in China.

Less than 20% perceived China with “confidence” or “high confidence,” mainly respondents from Lao PDR, Brunei, and Malaysia. Vietnam had the most negative views of China at 74.3% – far rom a surprise given historical ties between the two – followed by the Philippines (66.6%) and Indonesia (60.9%).

The responses around two questions on China’s Belt and Road Initiative (BRI), which was unveiled in 2013 as a development strategy for connectivity through infrastructure and investment across Asia and beyond, appear to be in line with ASEAN countries’ less than positive views of China.

Nearly half, or 47% of respondents, think that the more than 5-year-old project will “bring ASEAN member states closer into China’s orbit” when asked to select from a set of 5 responses to the question, “What is your perception of the Chinese-led Belt and Road Initiative?”

Laos has the most positive view of the BRI with 75.9% of respondents saying it will “benefit regional economic development enhance ASEAN-China relations.”

Thirty-five percent of respondents said the BRI would “provide infrastructure funding” for countries in the region, with 70.8% of Cambodian respondents recognizing this.

Asked about their views of BRI proposals for their countries given the experiences of Sri Lanka with its Hambatota port and Malaysia’s East Coast Rail Link, two projects seen as highlighting the risks that come with BRI, 70% selected the response saying “my government should be cautious in negotiating BRI projects, to avoid getting into unsustainable financial debts with China.”

The Hambatota project put Sri Lanka into deep debt with China, forcing it in December 2017 to lease the port to Chinese companies for 99 years to pay back the South Asian nation’s $8-billion debt. Malaysia is reported to be cancelling the $19.3-billion East Coast Rail Link project with Chinese contractors, supposedly finding too steep the interest rates from the China Export-Import Bank.

But overall, only 6.6% of respondents agreed that their countries should avoid participating in BRI projects and 8.4% say the BRI’S benefits “outweigh potential economic and fallouts.”

Apart from trust, China also fares poorly in some indicators of “soft power,” such as in terms of its appeal as destinations for travel and university education.

“The results of this survey suggest that China’s soft power penetration in mainland Southeast Asia (Cambodia, Laos, Myanmar, Thailand and Vietnam) is surprisingly low despite the popular belief that these countries have a closer cultural affinity with China,” the survey report’s authors said.

The US remains the top choice for tertiary education (31.5%), followed by Australia (21.12%) and Japan (12.4%), then ASEAN countries, followed by China and India last. China was the least preferred choice for respondents from Myanmar and Vietnam. For this point, the survey asked, “Which country would be your first choice if you (or your child) were offered a scholarship to a university?”

At the same time, 44.7% consider Mandarin to be “most useful and beneficial for work and professional development,” significantly behind English (91.3%) but ahead of other languages. “This signals to me the pragmatism in this region of doing business or dealing with China,” Moe Thuzar, ASC’s lead researcher for socio-cultural affairs, said in an email interview.

The US’ and Japan’s dominance in soft power terms remain solid in Southeast Asia, the survey results show, despite their relatively lighter political weight. For instance, 81.1% of respondents collectively chose the US, Europe, and Australia for education; and 56.1% chose the same 3 regions or countries as places to visit.

“Japan is the most successful non-Western Asian ‘soft power nation’ in Southeast Asia,” the report authors pointed out. It ranks fourth after the US, EU, and Australia as an education destination; second as a travel destination to visit. Japanese is the third most popular foreign language after English and Mandarin.

Japan is the region’s most trusted power with the confidence of 65.9% of respondents, with a high of 87.5% in Cambodia down to 71.9% in Myanmar. “Japan is the only major power in the survey to receive ‘positive views’ as the majority of responses in all ASEAN member states,” the report said.

Despite the high distrust level, “the region does not see any viable leadership other than China to replace the US among other possible contenders – the European Union, India, Japan, or Russia,” the report noted. “The closest major power that could possibly contest for regional leadership is Japan, but its prospect appears dim with support from only 9.5% of respondents.”

This is a time when Southeast Asians appear pessimistic (42.5%) and see a period of uncertainty this year. Indeed, 68.4% – mostly from Malaysia, Myanmar, and Indonesia – see the US and China as “strategic competitors” on a collision course.

The survey also had some “surprise findings” as the report calls them, reflecting signs of increased awareness of and identification with ASEAN. For instance, figures show that respondents chose ASEAN as second in terms of the country/regional organization with the most influence economically in Southeast Asia (10.7%, though far behind China’s 73.3%), and third economically after China and the US. ASEAN countries were also third as travel destinations after Europe and Japan.

“The low appeal of Chinese educational institutions and tourism and moderate interest in its national language are critical soft power challenges for China in the region,” the report said, giving the caveat that “elite thinking (in the survey responses) may not necessarily reflect popular views.”

The biggest takeaway from the perceptions about China and big-power dynamics that emerge from this survey? Political and economic ascendance does not translate into credibility or trust.