This article was published by the Bangkok Post here.

HANOI  (Reporting ASEAN)–  Mention ‘ASEAN’ these days and public opinion in Vietnam tends to think of the South China Sea disputes. But the country sees its role as ASEAN Chair in 2020 as one that entails a much wider responsibility – that of being a bridge among ASEAN’s members, as well as between with ASEAN and external powers, in uncertain times.

Vietnam’s role as a bridge builder is also evident in the theme of its chairmanship year, which is “cohesive and responsive”.

“In 2020, we want to focus on strengthening ASEAN’s sustainable cohesion by upholding solidarity and unity, increasing economic links and connectivity, deepening values and identities of ASEAN members, improving the efficiency of the ASEAN apparatus, and promoting ASEAN’ partnerships in the global community,” was how Vietnamese Prime Minister Nguyen Xuan Phuc put it at the ASEAN Summit in Bangkok in November.

This year marks the third time that Vietnam becomes Chair of ASEAN – as well as the 25th year of its membership in the regional association.

But beyond these, Vietnam is also starting its chairmanship year on a much more strategic footing than in the past.

“We have to think big!” said Pham Quang Vinh of the Vietnamese foreign ministry, who is often called ‘Mr ASEAN’ in his country,

This January, the country started its term as a non-permanent member of the United Nations Security Council, for which it was the unanimous choice of the Asia group at the UN. In 2019, Vietnam was also in the international limelight as the host of the second summit between US President Donald Trump and North Korean leader Kim Jong-un.

BEYOND THE SOUTH CHINA SEA

All of these have given a boost to Vietnam’s weight as a mediator. “Vietnam’s priority is to ‘drive the ASEAN ship’ in the right direction, which is sustainable and independent development. It is not necessary for ASEAN to choose between the US and China. It is not all about the South China Sea (either),” said Pham Quang Vinh, former deputy minister at the Ministry of Foreign Affairs. “We have to think big!” he said in an interview. 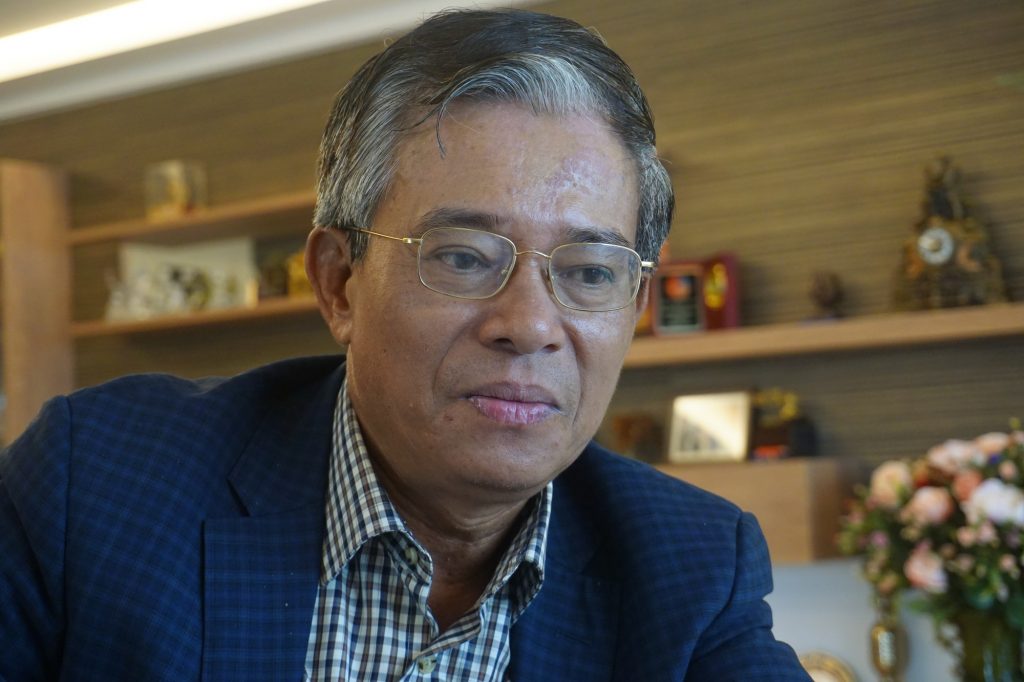 “Vietnam’s role as an independent and constructive member of the regional and international community has raised its prestige to new heights,” Carlyle Thayer, a professor at the University of New South Wales who is an expert on the South China Sea territorial disputes, said in reply to emailed questions.

How Vietnam steers the discussion around the South China Sea and facilitates the ongoing negotiations on the code of conduct for parties in the territorial disputes there is something that its fellow ASEAN members are watching as well. Vietnam will need to find a balance between national and common interests, a task that in many ways is the same old challenge of ASEAN.

In recent years, Vietnam has come out as the strongest voice against China’s militarization of the South China Sea and occupation of islets and reefs, especially after the Philippine government decided against using the favorable 2016 verdict by an arbitral tribunal in The Hague, Netherlands that threw out the validity of China’s Nine-Dash Line, which Beijing uses as a basis for its claims. Along with Vietnam and the Philippines, Malaysia and Brunei are the ASEAN countries with land or maritime claims in the disputed area.

Vietnam’s tensions with China in the South China Sea have been in the news headlines here, including after what Vietnamese official statements said were at least four incursions by a Chinese survey ship into Vietnam’s continental shelf and Exclusive Economic Zone from early July to late October 2019.

In fact, Vietnam raised the matter of these incursions at the 18th senior officials’ meeting between ASEAN and China on the single-draft negotiating text of the code of conduct in mid-October, saying that such actions were hindering the ongoing discussions.

How Vietnam fares amid the US-China trade war, even as supply chain operations have been shifting out of China over recent years, is also being closely watched by ASEAN countries worried by the fallout from these tensions.

Vietnam occupies a unique place in the context of the US-China trade war, owing to its relations with both powers. Its tensions with China over the South China Sea aside, Vietnam has had close political and economic ties with Beijing. It used to be enemies with the United States, but bilateral relations have warmed a lot in recent years.

This makes the country a classic case study that may hold some examples for countries like Malaysia and Thailand. “Vietnam is very well positioned within that. . . . China becomes less competitive with Vietnam. So that’s already a good thing for Vietnam, “ US Commerce Secretary Wilbur Ross said in an interview with ‘Tuoi Tre’ newspaper in November.

For Vietnam and ASEAN, there is also the unfinished business of the ASEAN-led Regional Comprehensive Economic Partnership (RCEP), whose conclusion after nine years of negotiations did not happen in 2019 despite Thailand’s push for such during its ASEAN chairmanship year. India’s pullout of RCEP has also raised questions about the impact of what was meant to be the world’s largest trading bloc of 16 countries.

At the same time, Vietnam has been investing in relations with other partners, showing its commitment to international integration and multilateralism. After the Comprehensive and Progressive Agreement for Trans-Pacific Partnership (CPTPP) entered into force in Vietnam in 2019, the country hopes to reap benefits from better Vietnam-European Union relations with the June 2019 signing of the EU-Vietnam free trade agreement. 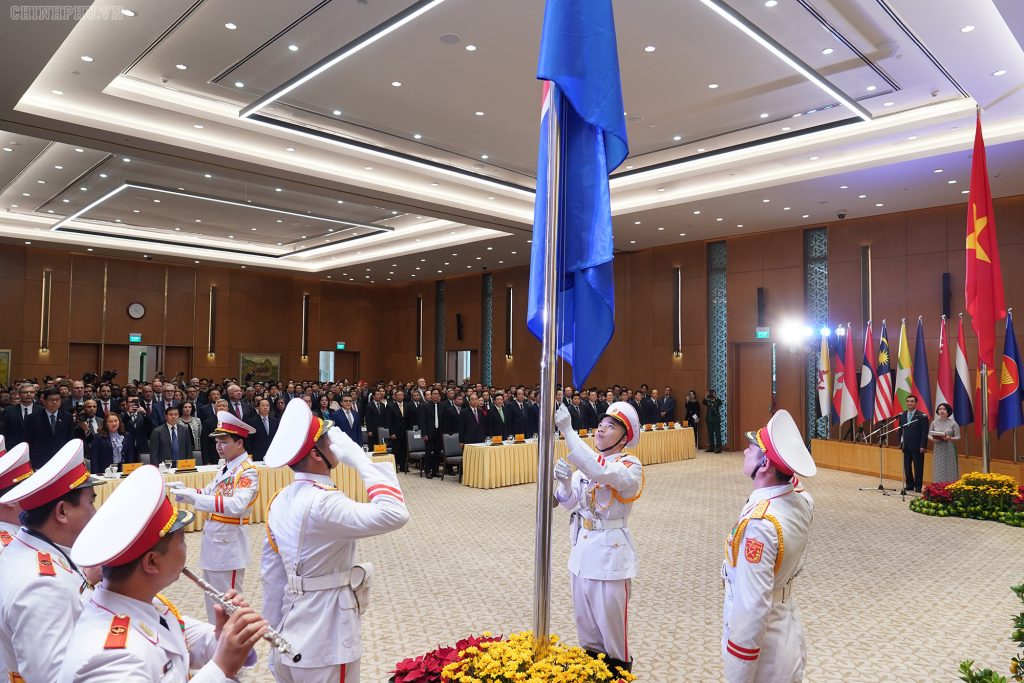 Cultivating ties with Europe, Russia and India, among others, are seen here as alternatives for ASEAN to ‘escape’ the US-or-China orbit, or at least distance itself from it.

Apart from bridging ASEAN with external powers, Vietnam as ASEAN Chair will also be leading the momentum toward deeper community-building amid what has at times been rough waters, such as when dealing with member states’ different approaches to China.

Significantly, the first among Vietnam’s five priorities in its ‘cohesive and responsive’ theme is “to strengthen ASEAN unity and solidarity, reinforce ASEAN centrality and promote its active contribution to regional peace and stability amid strategic complexities”.

At the November summit, Vietnamese Foreign Minister and Deputy Prime Minister Pham Binh Minh stressed that among Vietnam’s priorities is working with ASEAN member states to realize the goals enshrined in ASEAN Community Vision 2025. “Vietnam must work with ASEAN members to promote creativity and innovation,” added Pham, the former MOFA deputy minister who is called ‘Mr ASEAN’ in Vietnam for his contribution as leader of the country’s senior officials’ meetings in ASEAN.

To be an effective mediator, what Vietnam must do first is find common voice among ASEAN countries, Pham said. ‘Cohesive’, therefore, means Vietnam will do its best to strengthen ASEAN solidarity and unity. “Vietnam takes ASEAN very seriously, so the challenge of ASEAN is its priority,” explained Pham, a former ambassador to the US.

“Vietnam’s policy of “diversifying and multilateralizing” its foreign relations and non-alignment with any major power fits well with ASEAN’s orientation,” added Thayer. “In addition, since 2013 Vietnam has given priority to negotiating strategic partnerships with Thailand, Singapore Indonesia, Philippines, Malaysia and Brunei.”

Looking back, the 35th ASEAN Summit in Bangkok ended on a strange note. After Trump skipped the annual ASEAN summit meetings in November – for the second year – he issued a letter inviting ASEAN leaders to an ASEAN-US Summit in the first quarter of 2020.

Most interesting is whether ASEAN leaders will take up this offer, given the somewhat sour end to the November meetings in Thailand that media reports called a “snub”. Following Trump’s non-attendance, several ASEAN states downgraded their representation at the usually head-of-government-level summit between the US and ASEAN to the ministerial level, in order to match the US’ level of representation.

(*This article by Du Nhat Dang, a reporter with ‘Tuoi Tre’ newspaper in Vietnam, is part of the Reporting ASEAN series.)