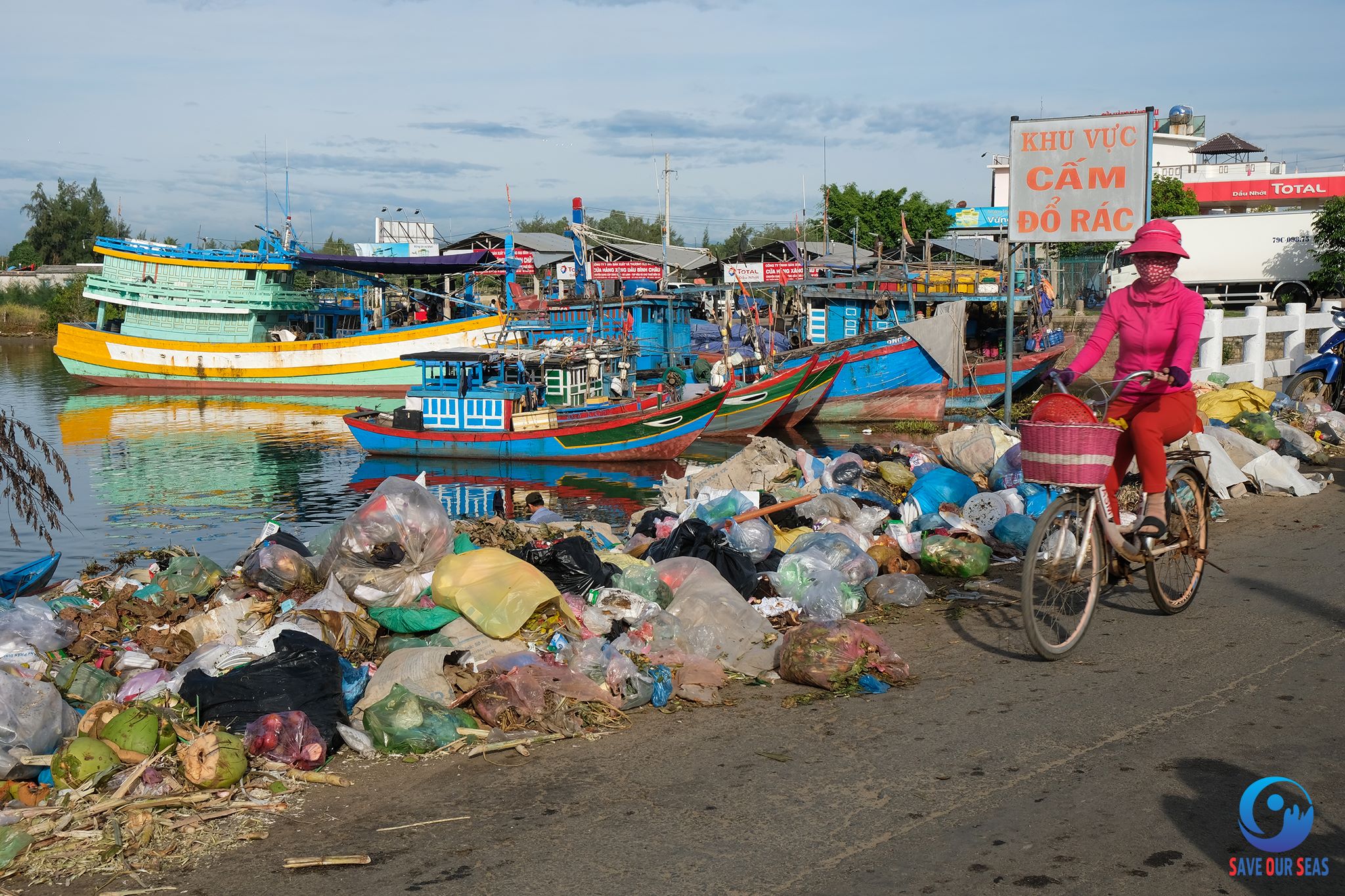 Home » Features » ‘You Can Save Two-Thirds of the Earth!’

HO CHI MINH CITY, Vietnam – “The ocean occupies two-thirds of the Earth’s surface” is what you learned as a child. Right now, ‘two-thirds of the Earth’ needs help. More than ever, Vietnam, as well as ASEAN countries, are paying special attention to marine debris, most of which consists of the plastic we use every day.

To save time as they rush to school, Vietnamese teenagers buy breakfast, usually packaged in a plastic container, with plastic spoon, all put in a plastic bag. After classes, they stop by milk tea shops and order milk tea — in plastic cups with plastic straws and put them in more plastic bags for takeaway. Indeed, the use of single-use plastics has become a daily habit. Much of these, more than 60 percent of them, end up in the oceans around us, and are brought rivers to the sea.

“Vietnam’s average use of plastic is about 45 kilograms per person. The most widely discarded plastic waste are plastic bags,” said Ho Duc Lam, chairman of the Vietnam Plastics Association. He added that there are about 25,000 tons of used foam bags per month in Ho Chi Minh City and Hanoi.”

The 45-kg estimate appears to show how much more plastic waste is generated per person in Vietnam these days, going by the fact that each person was producing .1 kg of plastic waste per day as early as 2010, according to the ‘Our World in Data’ data on plastic pollution.

The country’s plastics habit is such that it is now known to be among the four ASEAN countries that are the biggest polluters of the oceans, mainly due to plastic marine debris.

Vietnam ranks fourth among the 12 top countries that produce “mismanaged plastic waste” and plastic marine debris, according to data by the US newspaper ‘Wall Street Journal’ and published by the Statista.com portal. This data is based on 2010 figures, however, and should be much bigger today.

The same data set shows that even many years ago, a total of 1.8 million metric tons of mismanaged plastic waste was already reported to be coming from Vietnam annually, and up to 0.73 metric tons were becoming ending up as plastic marine debris. 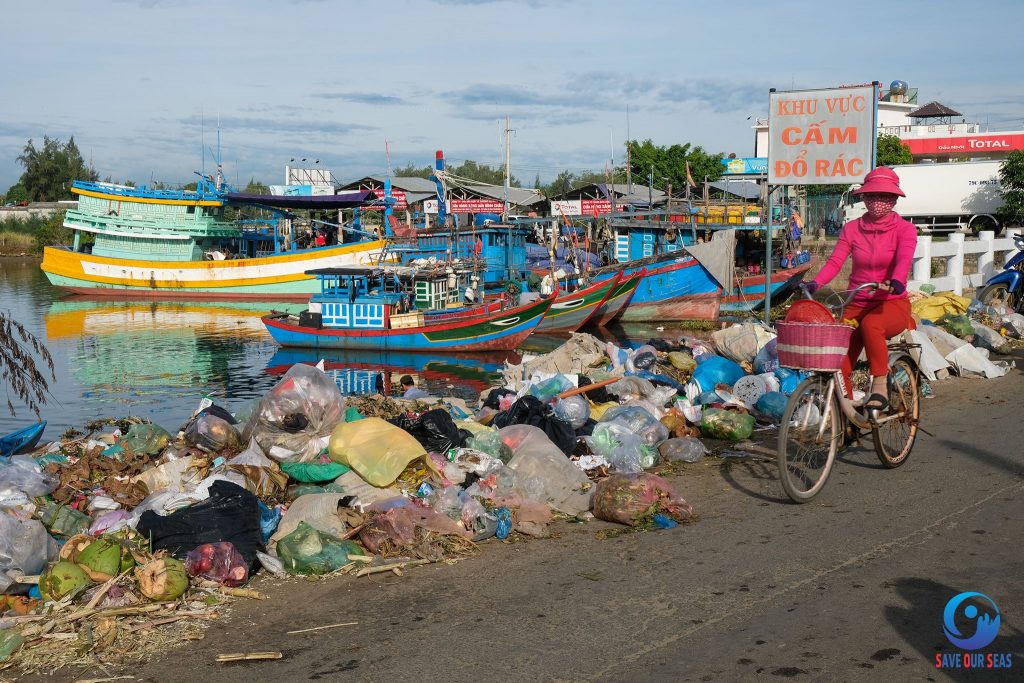 If young people and society do not take major action, the pride of this S-shaped country – its many beautiful beaches that are the envy of foreign friends – will disappear forever.

Nguyen Viet Hung, a freelance photographer who posted on social media the photo series “Save the Sea – Save our seas”, has recorded 3,000 images of marine debris taken from his travels from south to north Vietnam. These were taken while travelling along the coast spanning 7,000 km, 100 estuaries in 28 provinces and cities in Vietnam.

Plastic waste input to the ocean from the Mekong River, which runs through Thailand, Cambodia, Laos, China, Myanmar and Vietnam, totalled 22,800 tons in 2015, according to Our World in Data. The Mekong ranks 12th among the world’s 20 rivers that are pathways for the most amount of plastic waste to the seas, after four other rivers in Indonesia, the Philippines and Myanmar.

THE PRICE OF CONVENIENCE

There is no doubt that plastic material is very useful and convenient for everyone’s lives today. Some of the tools we use in daily life are made of, or use, plastic, and are indispensable to us, such as insulated light switches, ballpoint pens, cellular phones, earphones. But more than the use of plastic itself, it is the mismanaged disposal of single-use plastics that poses a long-term problem. In a world where environment-friendly behavior is becoming a value, discharging plastic waste directly into the environment so that it reaches our oceans, is frowned upon by our international friends

Are you touched by the image of a sea turtle whose nose has a straw stuck in it? How about photographs of pieces of crumpled plastic waste found inside the guts of a dead seagull? Are you interested in the news reports about kilograms of plastic garbage inside the bellies of dead whales, from the waters of Southeast Asian countries such as the Philippines and Thailand?

Like it or not, these are the images you will be seeing with more and more often in the media. Take a moment to think: How would you feel if you suddenly realize that it is you who use, and discard, the same plastic waste that the fish swallow? What if in the near future, you find that the water you are using is no longer safe because it has micro-plastic particles in it?

Unless human beings move to live in another planet, no one on Earth can escape the effects of the pollution that they themselves caused.

#ZEROWASTE– GEN Z’s MOST FAVORED MOVEMENT. DON’T BE AN OUTSIDER! 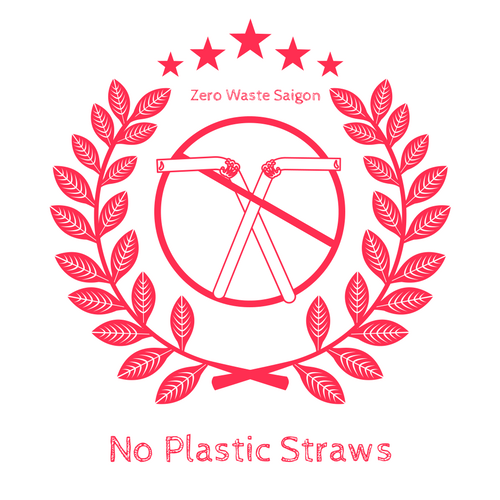 The problem of marine pollution has become so serious that the governments of our region, ASEAN, have been discussing what common action to take in the fight against plastic waste. Vietnam is part of this effort as well.

In June 2019, the leaders of the 10 ASEAN member states adopted at their 34th Summit the Bangkok Declaration on Combating Marine Debris in the ASEAN Region. ASEAN also issued the ASEAN Framework of Action on Marine Debris. In March, ASEAN held its first special ministerial meeting on marine debris. These reflect how the ASEAN Community has been having more discussions about marine pollution since 2017, leading to this year’s landmark agreements that cross national borders.

“All ASEAN countries agreed to consider marine debris is a common problem that needs urgent handling,” said Wijarn Simachaya, permanent secretary of the Ministry of Natural Resources and Environment of Thailand, which was 2019 ASEAN Chair. ASEAN states are committed to “strengthening actions at the national level as well as cooperative action to prevent and significantly reduce ocean waste,” he added.

Vietnamese Prime Minister Nguyen Xuan Phuc affirmed that Vietnam, which chairs ASEAN for 2020, has been mobilizing the whole society’s participation in the anti-plastic waste movement, not least by avoiding the use of single-use plastic products at the ASEAN Summit.

In 2018, the Ministry of Natural Resources and Environment launched an “anti-plastic waste” movement with the participation of ministries, branches, socio-political organizations, international organizations, as well as supermarkets to trade centers, to cut down on the use of plastic products and disposable, single-use plastic bags. Vietnam’s government is starting to develop the National Action Plan on Management of Ocean Plastic Waste as well as put in place laws and policies around plastics pollution, the World Bank said at the ASEAN ministerial meeting on marine debris in March in 2018.

The ministry is pushing for the use of stainless-steel water bottles, urging consumers to say ‘no’ to plastic bags. In this campaign, you’ll be finding it harder to find plastic cups, straws and plastic bags sold in supermarkets near your home. More products will instead be increasingly packed in banana leaves, bagasse boxes, cloth bags.

These days, the generation of environmentally conscious young people has been developing interesting initiatives in response to the marine pollution problem.

For instance, the Zero Waste Saigon community in Facebook, which has more than 13,000 members, is a gathering place for young people who are interested in environmental issues and wish to share this awareness with others. Its hashtag – #Zerowaste (no garbage) – reflects what is the most popular type of behavior among members of Gen Z.

Eighteen-year-old Nhi Nguyen, from Ho Chi Minh City, joined the Zero Waste Saigon group from the outset. “After receiving a lot of information about environmental pollution, I thought that I needed to do something immediately but didn’t know how to start, or where,” she said. “Group Zero Waste Saigon is the place I found. I find a lot of interesting information (there) so that I can personally create ‘small action, great meaning’ to the environment.”

Nhi shares her simple tips on how to go green, the Gen Z way:

-Bring your personal bottle. Many shops now use paper cups and paper straws, but personal water bottles are still the better option. Apart from being able to keep liquids hot or cold for long periods of time, they are easy to carry, and you reduce plastic use and waste.

– Say no to plastic straws. Because of their small size and eye-catching colors, plastic straws can be mistaken by marine creatures for food.

– Segregate waste at the source. Follow the instruction guides on segregating and classifying waste issued by the Ministry of Natural Resources and Environment, and don’t forget to mobilize your whole family too!

**(This article was produced in collaboration with the ‘Reporting ASEAN’ media program and its Cambodia-Lao PDR-Myanmar-Vietnam (CLMV) Integration Series.)

‘You Can Save Two-Thirds of the Earth!’