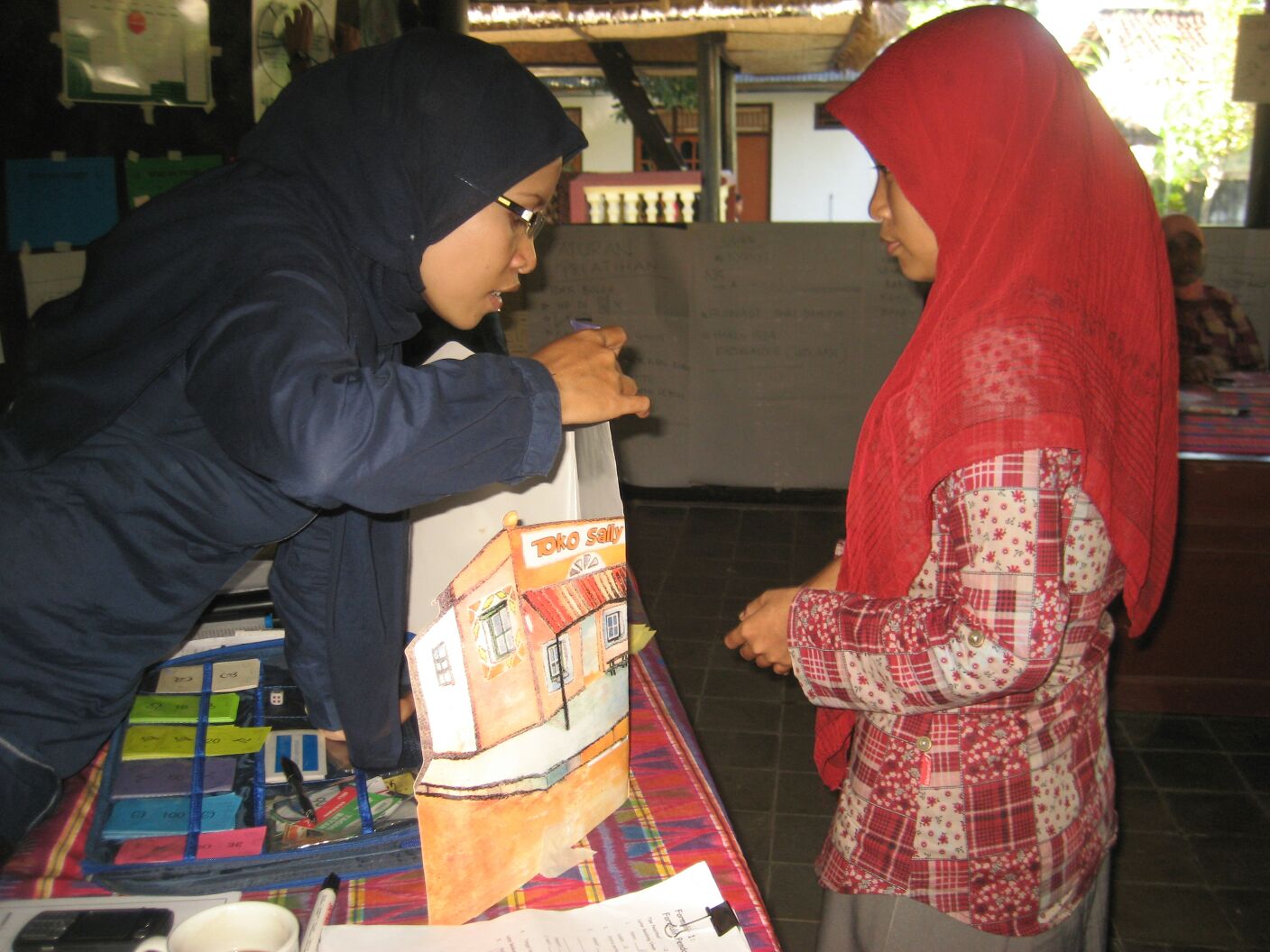 Home » Features » ASEAN’s Anti-Trafficking Weapon Has Teeth, But Jury Out On Effectivity

JAKARTA, Oct 15 (Reporting ASEAN) – It has been a long year of waiting for Demisien Silitonga, who lost all contact with his wife Ratini after she went to work in Malaysia on May 28. Worried, Silitonga reported her missing, under the suspicion of having been trafficked, in December 2016. On October 2 this year, he sought assistance from the North Sumatra Legislative Council in his native Medan province in western Indonesia.

The case of Ratini is typical of those that fall under the call by Indonesian Foreign Minister Retno Marsudi for joint action to eradicate trafficking in persons (TIP), made at the end of September at the 72nd United Nations General Assembly: “The crime of human trafficking is still a major threat to all nations,” she said at the High Level Meeting on the Appraisals of the Global Plan of Action on Human Trafficking. 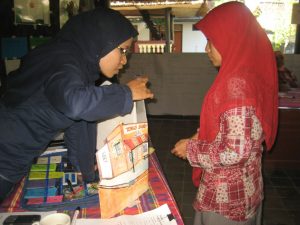 A staffer of the Agency for the Placement and Protection of Indonesian Migrant Workers Abroad (BNP2TKI) shows a potential migrant the safe steps of migration in East Lombok, West Nusa Tenggara. Photo: A Siddharta

Trafficking indeed remains among the biggest challenges for Indonesia as a sending country of migrant workers. In March, the Malaysian police raided a factory where 51 Indonesians—all victims of human trafficking—were found. The case can be considered small, compared to the infamous modern slavery uncovered on board fishing vessels in the hamlet of Benjina in Maluku in 2015. More than 550 people were rescued at the time.

Such cases occur in different countries across ASEAN, including in Myanmar, where the prosecution of the Rohingya continues and with this, the greater chances of them becoming trafficking victims. Malaysian Foreign Minister Datuk Seri Anifah Aman said transnational syndicates are more likely to take advantage of the humanitarian crisis as the Rohingya seek refuge in neighboring countries.

There is, in fact, the ASEAN Convention Against Trafficking in Persons (ACTIP), which was signed by ASEAN Leaders at the 27th ASEAN Summit in November 2015. It established a legal framework for the region to combat trafficking in persons.

When Indonesia completes its ratification process of ACTIP, nine out of 10 ASEAN member states would have ratified this anti-trafficking convention.

Ruji Auethavornpipat, from the Department of International Relations at Australian National University, said to effectively address the issue, a well-balanced 4P approach is needed. “The 4P framework is centered on prosecution, protection, prevention and partnership,” he said.

Even without ratifying the ACTIP, Indonesia has put up relentless efforts in tackling trafficking in persons, said Jose Tavares, director-general of ASEAN cooperation at the Indonesian Foreign Ministry. “We have the Law no. 21/2007 on elimination of human trafficking crime,” he said.

By being part of the ACTIP, a country strengthens its national law by expanding its reach through this regional mechanism. “This is a matter of transnational crime. The victims are usually moved from one country to one another. It would be more effective to handle it together,” Jose asserted.

But how effective national laws can be alongside ACTIP remains questionable. Similar to Indonesia, each ASEAN country has its own laws against human trafficking. Ruji said ASEAN and its agreements are not designed to interfere with domestic laws or affairs of member states.

“In fact, this point is reiterated in Article 4 of the ACTIP, stating that obligations of ASEAN members within the ACTIP are to be implemented based on ASEAN principles such as sovereign equality, territorial integrity and non-intervention,” he said.

Moreover, Ruji mentioned that ACTIP does not put enough emphasis on prevention, with most of its articles focusing on prosecution and criminalization. He added that ASEAN needs prevention programs that have extensive outreach, especially to vulnerable populations such as migrant workers.

“By reaching out to them, they can learn about the risks and dangers of human trafficking,” said Ruji.

Tavares stressed that prevention needs to involve many stakeholders, not only the government but also civil society organizations.

A World Bank report released in October put the number of intra-ASEAN migrant workers at 6.89 million.

“It’s in our interest to protect them, don’t let them be victims,” Tavares said.

In addition to ACTIP, which does not specifically mention migrant workers although they are among the largest vulnerable groups, Tavares explained that ASEAN is discussing other regional mechanisms to protect their rights.

In 2007, ASEAN Leaders established the ASEAN Committee on the Implementation of the Declaration on the Protection and Promotion of the Rights of Migrant Workers (ACMW), which is tasked with developing an ASEAN instrument on the protection of migrant workers. On the negotiating table since 2009, this instrument is one of the deliverables promised by the Philippines – also the world’s largest exporter of human labor – as ASEAN chair this year.

“We still have not reached a consensus yet. There are receiving countries, such as Singapore and Malaysia, and sending countries such as Indonesia and the Philippines. So we still have differences in our views,” said Tavares.

According to media reports, only a document confirming ‘consensus’ on migrant rights will be issued by ASEAN leaders at their November summit, and not a legally binding code after all.

Indonesia dealt with 1,484 cases of TIP from October 2014 until August 2017, Tavares said. There are 1,035 that have led to prosecution and protection of the victims. The remaining 449 cases are still ongoing.

But Tavares is unable to cite the number of TIP cases for other ASEAN countries. “In ASEAN we don’t have readily available integrated data that is complete, from all member states,” he said. He hopes that having the ACTIP will encourage all 10 countries to share data related to trafficking in persons.

On the multilateral level, Tavares said there are only three protocols to deal with trafficking in persons, the UN Convention Against Transnational Organized Crime, the Council of Europe Convention on Action against Trafficking in Human Beings, and now the ACTIP.

“We have the advantage of learning previous protocols made in the UN and Council of Europe,” he pointed out.

Soon, nine ASEAN member states will have ratified the ACTIP. Dinna Wisnu, the Indonesian representative to the ASEAN Intergovernmental Commission on Human Rights, said that the House of Representatives voted for ratification of the ACTIP on October 17 and passed the bill at the plenary meeting. Indonesia’s ratification will be official once the President signs the bill after the completion of the legislative process.

Once all ASEAN member states have ratified the instrument, this will reflect ASEAN’s commitment to deal with this transnational crime. Said Ruji: “The ACTIP is a legally binding document that signifies ASEAN members’ concerted effort from the highest level. Reaching a consensus and agreement on this issue is remarkable progress.” (END/Reporting ASEAN/Edited by Johanna Son)