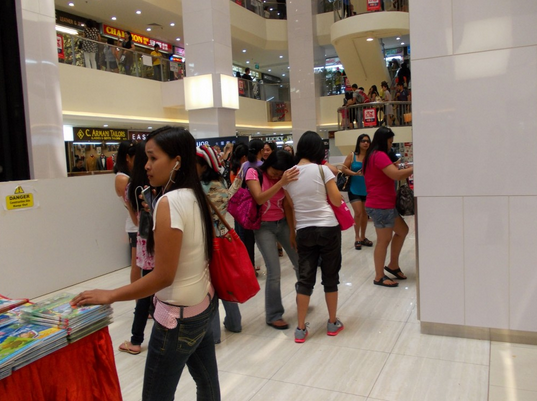 KUALA LUMPUR, Sep 20 (IPS Asia-Pacific) – Shortly after arriving in Kuala Lumpur early this year to work as a domestic worker, Marissa Santos (not her real name) began complaining of severe stomach pains. Her Malaysian employer, aghast that her Filipina house help could be suffering from an ailment, promptly returned Santos to her recruiter, also a Malaysian.

But instead of getting her medical help, the recruiter subjected Santos to slave-like treatment at his spa.

It would take three months to bring Santos back to the Philippines—after her husband, a low-income labourer, coughed up 40,000 pesos (975 U.S. dollars) for her plane ticket and some trumped-up expenses.

Santos’ story illustrates the difficult conditions of many migrant workers in Southeast Asia, which has witnessed a steady rise in intraregional labour migration since the 1980s. Between 1990 and 2002 alone, labour migration grew 44 percent.

The 10 member countries that make up the Association of Southeast Asian Nations (ASEAN) today host at least five million migrant workers originating from the region, many of them employed in a few yet economically well-endowed countries in the region but with stories of abuse and misery to tell.

Confronted with the plight of labour migrants in the region, ASEAN in 2007 belatedly adopted a regional declaration to protect and promote the rights of these workers. A non-binding agreement, the declaration requires an instrument to become enforceable.

But five years later, the regional grouping has yet to develop that instrument to secure workers’ well-being.

Intra-ASEAN migration “has been phenomenal, yet it has happened without a regional regulatory or institutional framework,” the Cambodia Development Resource Institute said in its 2011 policy brief.

As the 45-year-old ASEAN moves toward regional economic integration that will turn its members into a “single market and production base” by 2015, a regional mechanism to protect migrant workers will be needed all the more. One of the expected outcomes of integration: Increased labour mobility across the region.

At present, low-skilled and irregular workers comprise a big proportion of migrant workers in Southeast Asia. Women make up at least half of them, many in domestic work that is not covered by national labour laws of the major ASEAN destination countries, thus depriving them of basic protections. Undocumented workers account for almost a third of intra-regional migrants.

Malaysia, Singapore and Thailand are the main destination countries in the region. The rest, led by the Philippines and Indonesia, comprise the origin, or labour-sending, states. Cambodia, Burma, and Vietnam have of late emerged as labour-sending countries.

The growth, according to the Cambodia Development Resource Institute, has been accompanied by “irregular migration, recruitment abuses and the exploitation of migrants, who are often without access to legal protection.”

As of 2005, the region supplied 13.5 million, or 7 percent of an estimated 200 million international migrants. ASEAN says migration within and from the region will continue to increase as a result of economic and demographic factors.

By the sheer number of workers from and within the region, “the migrant worker issue is the toughest to deal with in ASEAN,” said Braema Mathi, president of Maruah, Singapore’s focal point for the Working Group for an ASEAN Human Rights Mechanism, a regional coalition of non-government organisations across Southeast Asia officially recognized by ASEAN as a dialogue partner.

In January 2007, at the 12th ASEAN Summit in Cebu, the regional body finally adopted the Declaration on the Protection and Promotion of the Rights of Migrant Workers, which spells out basic principles for safeguarding migrant workers and the obligations of both labour-receiving and -sending ASEAN countries.

Three years earlier, ASEAN had drawn up a six-year plan called the Vientiane Action Programme, which pushed for the “elaboration of an ASEAN instrument for the protection and promotion of the rights of migrant workers.”

The 2007 Cebu declaration has been called “an important step forward to protect the human and labour rights of migrant workers within the ASEAN region,” especially in the absence at the time of a human rights body.

Although ASEAN issued a joint communiqué in 1993 in which its members “agreed to consider the establishment of an appropriate regional mechanism on human rights,” it would take the association 16 years, in 2009, to finally create a regional human rights body, now known as the ASEAN Intergovernmental Commission on Human Rights (AICHR).

The AICHR is currently drafting the highly anticipated ASEAN Declaration on Human Rights, in keeping with Article 14 of the ASEAN Charter, the regional body’s Constitution ratified by all member states in 2009.

To be fair, the drafting of an ASEAN framework instrument to protect and promote the rights of labour migrants as envisioned by the 2007 Cebu declaration began in earnest in 2009.

The ASEAN Committee on Migrant Workers (ACMW), composed of representatives from the regional body’s 10 member countries, was mandated to develop the instrument. The committee in turn created a drafting team, consisting of two labour-sending countries, Indonesia and the Philippines, and two labour-receiving members, Thailand and Malaysia.

But the creation of the instrument remains an unfinished business. ASEAN has so far managed to produce what it calls a “zero,” or preliminary, “draft” based on the wish lists of member states.

Malaysia, for example, insists that states should retain their sovereignty in determining their own migration policy, citing “the need to adopt policies on migrant workers within their jurisdiction, including those related to labour intermediaries.”

If Malaysia gets its way, existing laws such as its controversial Employment Act would negate the overriding goals and aspirations of the 2007 ASEAN declaration and its subsequent instrument to protect migrant workers all over the region, critics say.

Amended in October 2011 amid strong protests from trade unions, civil society and other sectors, the law gives outsourcing companies, which supply labour to factories and other workplaces, statutory recognition as “employers.” Outsourcing agents in Malaysia are known to recruit workers under less favourable terms and conditions than those routinely granted by company owners, or principals, to their employees.

Human rights groups have blamed heightened migrant worker abuse and exploitation in large part on outsourcing firms. “Outsourcing companies and labour contractors have been key factors in the trafficking of persons for labour in Malaysia, a fact that the State is aware of,” said Irene Fernandez, executive director of Tenaganita, a Kuala Lumpur-based NGO helping migrant workers in distress.

Said Phil Robertson, deputy director of the Asia division of Human Rights Watch: “Sadly, the schizophrenic attempts of ASEAN to go in opposite directions at the same time, and then try to paper over the differences, is failing when it comes to migrant workers’ rights.”

Consistent with the 2007 ASEAN declaration, the draft is silent on undocumented workers.

And in true ASEAN fashion, given the regional grouping’s proclivity for secrecy, the draft has not been made public or shared with CSOs for comments.

Sinapan Samydorai, convenor of the Task Force on ASEAN Migrant Workers (TF-AMW), a Singapore-based regional coalition of civil society organizations concerned with migrant workers’ rights, said he has not seen a copy of the zero draft.

This has led Robertson to describe relations between the AICHR and ASEAN sectoral bodies dealing with human rights as “largely dysfunctional.”

“What it says about ASEAN is that it is a house that still is in disorder in terms of human rights policies, with widely varying perspectives from member states effectively preventing progress on the migrant workers’ rights issues,” he said.

Unlike ASEAN, the Singapore-based TF-AMW in 2009 successfully put together its version of the ASEAN framework instrument for migrant workers, and formally submitted its draft to the ASEAN Secretariat and ACMW in Vientiane, Laos in May that year.

The proposed framework instrument is “by far the most comprehensive proposal made to ASEAN by civil society,” according to the Southeast Asia Regional Cooperation in Human Development.

Targeted at ASEAN and its individual member governments, the task force’s Civil Society Proposal for the ASEAN Framework Instrument on the Protection and Promotion of the Rights of Migrant Workers lists recommendations that are rights-based and fully compliant with global labour standards. It accords protection to regular and irregular migrant workers alike and to their families.

Ellene Sana, executive director of the Philippine-based Center Migrant Advocacy, a member of the task force, recalls that some members of the task force originally did not want to “push too hard” on “thorny issues” like safeguarding the rights of undocumented workers.

Eventually, they agreed that the ASEAN framework must be legally binding and should not leave undocumented workers and migrant workers’ families out of the scope of its protection.

The Southeast Asia National Human Rights Institutions Forum (SEANF) and the Southeast Asia Women’s Caucus on ASEAN have also sent their recommendations to ASEAN. They fully share the TF-AMW’s position on the scope and form of the ASEAN instrument.

“The instrument should comply with all the major international human rights treaties and relevant ILO Conventions,” the SEAF said.

(This story and accompanying photos were produced under the “Reporting Development in ASEAN” series of IPS Asia-Pacific, a program supported by the International Development Research Centre.)

This story can also be seen on Vera Files: