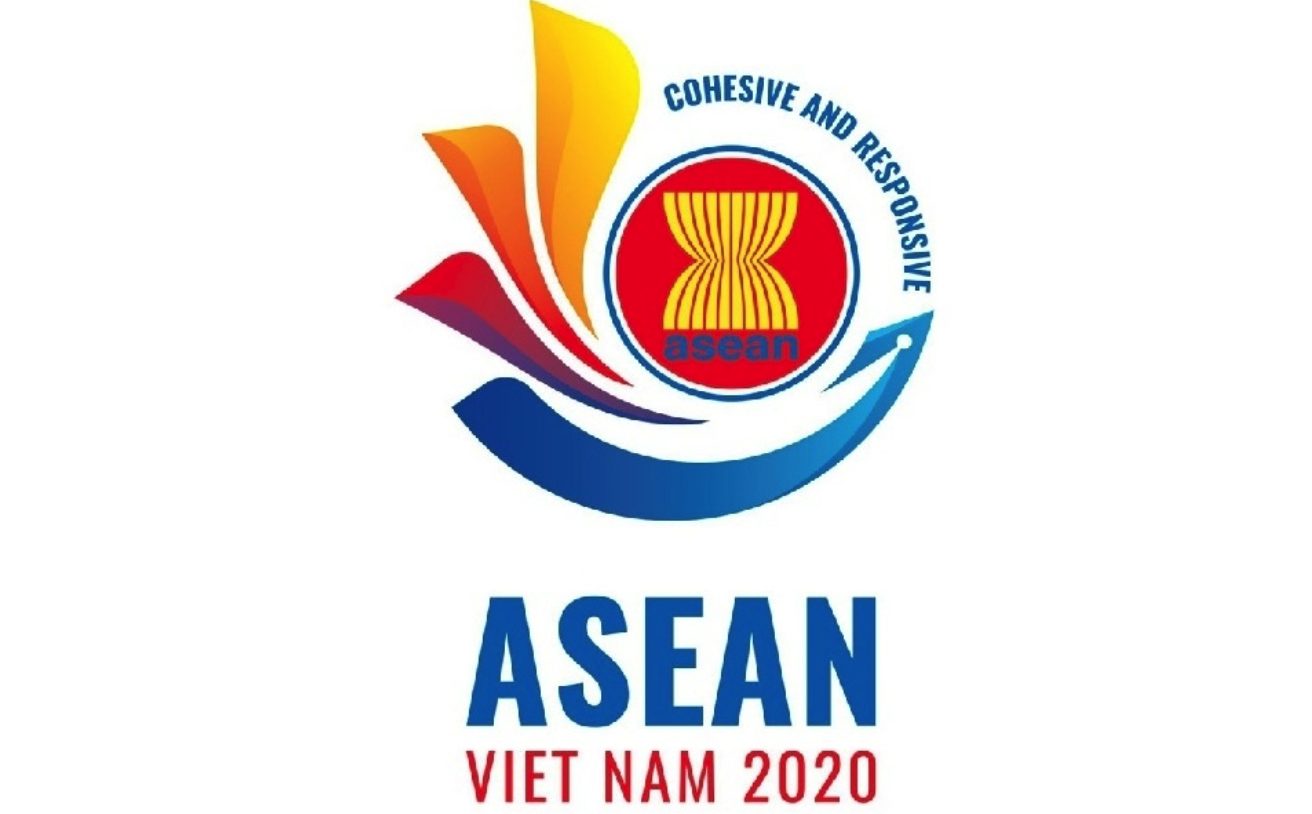 Vietnam is fully plugged into Asean as Southeast Asia’s regional family, Tran Viet Thai of the Diplomatic Academy of Vietnam says in the conversation below.

Vietnam becomes Asean Chair next year, and 2020 marks the country’s 25th anniversary as a full Asean member. Mr Thai explains how Asean has been a major facilitator in Vietnam’s engagement with the region and the world — and that through its membership, Vietnam has contributed to the removal of ideological divisions in the region in the past. 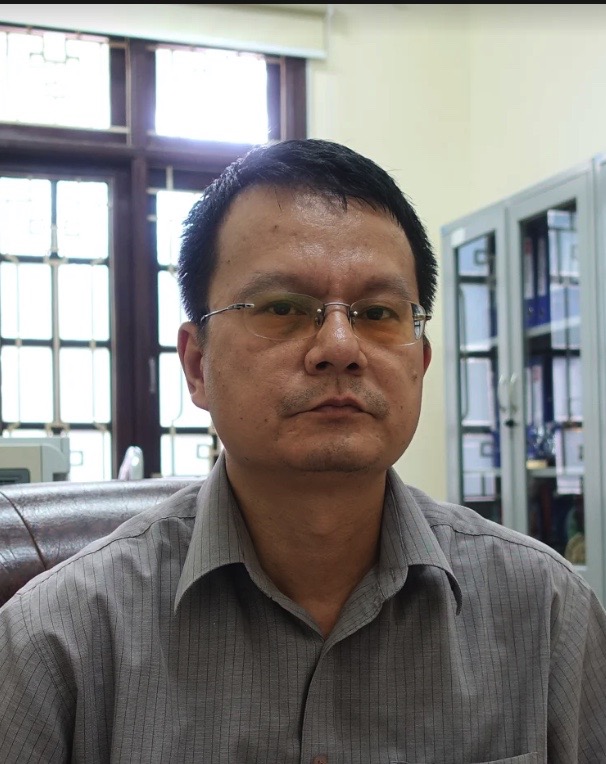 Vietnam, which is different from an isolated, inward-looking Vietnam before joining Asean. That is the biggest thing,” said Mr Thai, deputy director-general and director of the Center for Regional and Foreign Policy Studies, Institute for Foreign Policy and Strategic Studies at the Diplomatic Academy of Vietnam. Today, Vietnam’s priorities include support for a sound regional security architecture by “helping Asean to be united, to maintain its centrality in facing so many packs of wolves, pull and push of major powers in the region”.

In this Q & A, Mr Thai spoke to Reporting ASEAN‘s Nguyen Thanh Phuong in Hanoi with editor Johanna Son in Bangkok.*

Q: Vietnam’s chairmanship of Asean next year is a good time to look at its own process of becoming Asean since it joined in 1995. How important is Asean to Vietnam’s foreign policy today?

Thai: During the past 24 years, Asean, as well as Vietnam, has transformed a lot. Looking back to the past, we realised that Asean is an important, or even very important, partner for Vietnam in terms of foreign policy. There are three aspects to prove that. Asean, first, is the stepping stone for Vietnam to integrate further into the global community. Without Asean, Vietnam will (find it) much more difficult integrating into the world community.

Asean helps Vietnam in giving it a lot of experience before Vietnam can join bigger communities like Apec, the United Nations or the world community.

The second aspect is that Asean helps Vietnam in training a big batch of officers, English-speaking officers. Before joining Asean, many officers in Vietnam were trained in Russia, in the former Soviet Union, and later on in Russia. But Asean was the very first partner extending a lot of scholarships and helping Vietnam know how to communicate with their partners in English. And in fact, every ministry, every branch of the government, as well as many organisations in Vietnam, benefited from having English-speaking persons who have been trained in Asean member countries, or (from) being trained during the process of working with Asean officers.

The last but not least is that Asean has opened a very big gate for Vietnam, to attract a lot of FDI, ODA and other kinds of assistance for development. Through Asean + 1, Asean + 3, and Asean dialogue partners, Vietnam was among the very first countries in CLMV in attracting development assistance and facilitating the poverty reduction process, improving the quality of life of many people across the country. That illustrates how Asean is important to Vietnam.

Q: How would you compare today to the time the country joined Asean in 1995?

Thai: If you compare Asean today with Asean in the past 25 years, especially in 1995, I can tell you that Asean is 100% different. From an association, it became a community, so, big change. Before that, Asean had no charter. Now they have an Asean Charter, which is modelled according to the United Nations’ Charter.

The same thing for Vietnam. Before we joined Asean, Vietnam was isolated and embargoed by the United States and many other countries. But today, Vietnam is now fully open, integrating proactively into the world community and contributing more and more to globalisation and global communities and regional communities.

So the biggest difference is that Vietnam in Asean is a more confident Vietnam, an open Vietnam, an integrating Vietnam, which is different from an isolated, inward-looking Vietnam before joining Asean. That is the biggest thing.

Q: What are the top 3 benefits for Vietnam of being an Asean member state?

Thai: Number one, Asean is a good facilitator in bringing more security and stability for Vietnam. So, safer, better security and safety for Vietnam. Second, facilitating the process of development of Vietnam. Through Asean we have more channels to get funds, to get money. And last but not least, it helps Vietnam raise its profile in the international arena.

Q: Could you give some examples?

Thai: If we can have some unity in Asean, our position will be respected by major powers, external major powers. So, having Asean unity is very important. So sitting side by side with Asean countries, Vietnam will have better position vis a vis external powers. That is the bigger posture for Vietnam in international relations.

Q: What does Vietnam bring with it to Asean? What would Vietnam contribute as chair?

Thai: Looking back to the past 24 years, the biggest contribution of Vietnam to Asean is that of bringing a divided Southeast Asia into a single entity. So, by Vietnam joining Asean, it helped to kickstart a process (where) Asean went from six to 10, from Asean-6 to Asean-10. So, there is no longer division among mainland Southeast Asia and Asean, maritime Southeast Asia. No more confrontation between socialist countries and capitalist maritime Asean countries. That is the first thing.

The second biggest thing is that Vietnam provides a lot of good opportunities for Asean-6. Looking at Thailand or Singapore, how can they make money from Vietnam today? A lot.

That means the interaction between Southeast Asian nations, peoples in the region (is) more and more. That means reducing the possibility of having conflict, armed conflict or war among our local peoples, local communities in Southeast Asia.

So, you see, on the one hand, more, better peace, stability, closer ties; on the other hand, more chance for doing business. A lot, right? No more division.

After Vietnam’s more than 20 years in Asean, how aware is the average Vietnamese of Asean, and of Vietnam’s being part of the Asean family?

The awareness that Vietnam, Vietnamese people have about Asean has been raised a lot, due to a lot of programmes implemented by the government of Vietnam, and due to the opening up of the society and the economy of Vietnam. Many people (are) travelling out abroad … So, if you compare with the past 20 or 24 years, the picture today about the awareness of the Vietnamese people toward Asean — it is 100% changed.

In the past, we did view Asean as the — sometimes we called it — an enemy. Vietnam used to view Asean as Seato (Southeast Asia Treaty Organisation), a shadow of Seato, an organisation somewhat like Seato. But today, we view Asean as family and Vietnam is a member of the family, of the Asean family. So, it has changed a lot.

Q: Has Asean been of help to Vietnam’s efforts to maintain peace in the South China Sea (Vietnam calls it the East Sea)?

Thai: Asean was designed not for solving territorial issues. Asean was set up and designed for dialogue and facilitating the development process. So, if you expect too much from Asean, you are wrong; you will be wrong.

But it can facilitate the building, the process of building confidence among concerned parties. It can help you in expressing your opinions, it’s ok, but don’t expect them to offer you something beyond dialogue … but through dialogue, through cooperation, they can manage the issues, so that the disputes will not explode into a bigger armed conflict. But in that sense, Asean helps.

*This was published in the Bangkok Post on 2 October 2019: