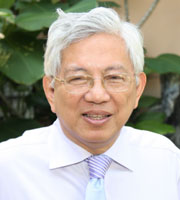 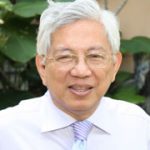 SINGAPORE, Aug 3- The knowledge that many of us in Southeast Asia possess on ASEAN is based largely on myths proffered by non-Southeast Asians. Even media in Southeast Asia come to depend on them.   While it is not possible to cover all the myths surrounding ASEAN and its activities, I wish to highlight three that are mostly highlighted in the media reports on ASEAN.

Myth #1: ASEAN is a dispute-settlement body.

The notion that ASEAN can somehow solve disputes between countries, whether among countries in Southeast Asia; beyond the region, e.g. North Korea; or among ASEAN member states and a Dialogue Partner, e.g. the South China Sea, is simply not true.

Those in the know will usually refer to the dispute settlement mechanism under the Treaty of Amity and Cooperation in Southeast Asia (TAC), in the form of the TAC High Council.  The main value of the TAC and the reason why non-ASEAN countries are welcome to accede to it is that it lays down norms for inter-state behaviour in SE Asia.

The TAC High Council has never been invoked or convened. There are reasons for this. One is that , apart from laying down norms for inter-state behaviour, the ASEAN countries have been quite reluctant to resort to the TAC. The mutual suspicion that continues to bedevil relations between ASEAN members causes them to place deeper confidence in international bodies such as the International Court of Justice (ICJ) and the International Tribunal for the Law of the Sea (ITLOS).  Most of the Southeast Asian countries (i.e. ten of the eleven) are ASEAN members. They believe that the broader international bodies are more objective than regional bodies, where, inevitably, political considerations prevail.  The ICJ, having been in existence far longer than the TAC, is seen as possessing greater legal experience. There is also a perception of greater transparency as the names and experiences of the ICJ members are publicly provided, while the appeals body of the TAC is convened only when invoked.

Myth #2: Decision-making by consensus and the principle of non-interference are unique to ASEAN.

There is no association of sovereign states – including the European Union (EU) and the United Nations (UN) – that does not make major decisions by consensus.  The principle of non-interference is enshrined in the charters of most regional associations and in many UN General Assembly resolutions. Even the EU, to which ASEAN is constantly compared, practices this.

The comparison to the EU is a mark of extreme flattery for ASEAN, as this implies that ASEAN must have come a long way towards the imagined situation in Europe. But, in reality, we need to keep in mind, that the EU, despite its propaganda, is not exactly a supra-national body.  The EU depends on unanimity – not just consensus – for its major decisions. While the EU can make decisions by a qualified majority, this is seldom invoked.  The image of the EU being supra-national has been shattered somewhat by recent events that show that regional decisions are made at the national level, i.e. by individual member states.

The ASEAN Charter lays down certain aspirations, reaffirming that ASEAN places value on good governance, constitutional government, fundamental freedoms and human rights, and social justice.  These aspirations are all internal to countries. The Charter, by placing these norms in its preamble and principles sections, shows that ASEAN places importance on them. This does not mean that regional associations are necessarily supra-national in reality.

A question may arise why ASEAN keeps emphasising consensus and non-interference.   One reason is that most ASEAN countries (probably with the exception of Thailand) emerged from their colonial legacies only in the second half of the 20thcentury. Mutual suspicions remain, resulting from perceptions of the continued influence – even after independence – of the former colonial powers on the internal policies of the member states.  The countries concerned may deny this is so, but considerable suspicion of one another still continues to exist among the member states.

Another reason is the presence of minorities – particularly in the border areas – in ASEAN member states.  The minorities are, almost without exception, related in ethnicity, culture, and religion to the majority in the neighbouring country.  This is why ASEAN countries prefer to invoke the non-interference principle when dealing with one another, aside from the colonial legacy and the post-colonial attempts of former colonial powers to interfere in the internal affairs of countries.

Myth #3: Institutions will help remake ASEAN into what we wish it to be (in accordance with the myths that are imparted to us)

There are views – mostly from the West – that many of ASEAN’s problems would be solved were the Association to adapt more to the institutions of (let’s face it) the EU.  My own view is that national decisions influence the institutions more than the institutions can influence practice.  No matter what kind of institutions are put in place, if the basic decisions are not made at the national level, institutions will not help promote greater peace and stability nor economic integration in the region.

We should never forget that ASEAN is not an association that is apart from the sum of its member states. ASEAN is an association of sovereign states that make decisions on the basis of their national interests.

So, we have to keep this in mind when reporting on developments in ASEAN.

*This piece was based on remarks made by Mr Severino at the Writers’ Workshop for the ‘Reporting Development in ASEAN programme. The workshop was jointly organised by IPS Asia-Pacific, ISEAS and the ASC, with the support of IDRC Canada. This article is also available at the ASEAN Studies Centre website at http://www.aseanstudiescentre.org.