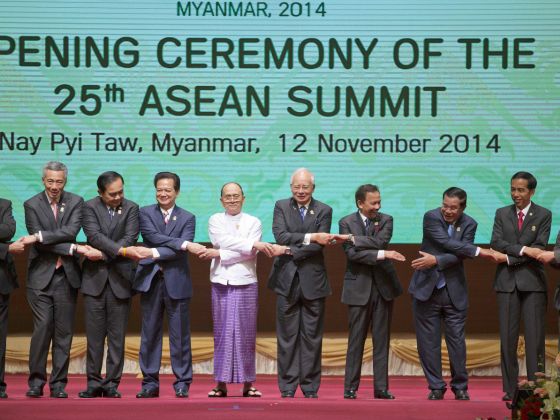 SINGAPORE, Dec 30 (Reporting ASEAN) — The Association of South-east Asian Nations (ASEAN) has set a goal of merging the economies of its member states into an integrated economic region by the end of next year, but questions remain over whether the project, known as the ASEAN Economic Community (AEC), will be fully achieved come its end-2015 deadline.

The work that remains over the next year is expected to be much tougher as the effort shifts towards reviewing each country’s laws to open up domestic markets and allaying the protectionist concerns of local businesses and industries.

Analysts said much will depend on the political will of the countries to ensure that progress remains in sight, cautioning that the deadline should be seen more as a milestone in the integration effort to make the bloc a competitive economic region.

“The analogy is that we are waiting for a train of complete integration. The train will probably be a bit late and it’s running slower than we had hoped, but it has not been knocked off of the rails,” said Mr Simon Tay, chairman of the Singapore Institute of International Affairs. “But if we try driving it too fast, we will also have a derailment. So I think a steady, step-by-step process is needed.”

Read the first story in a three-part series on the ASEAN Community in TODAY: http://www.todayonline.com/world/asean-falling-short-aim-integrated-community