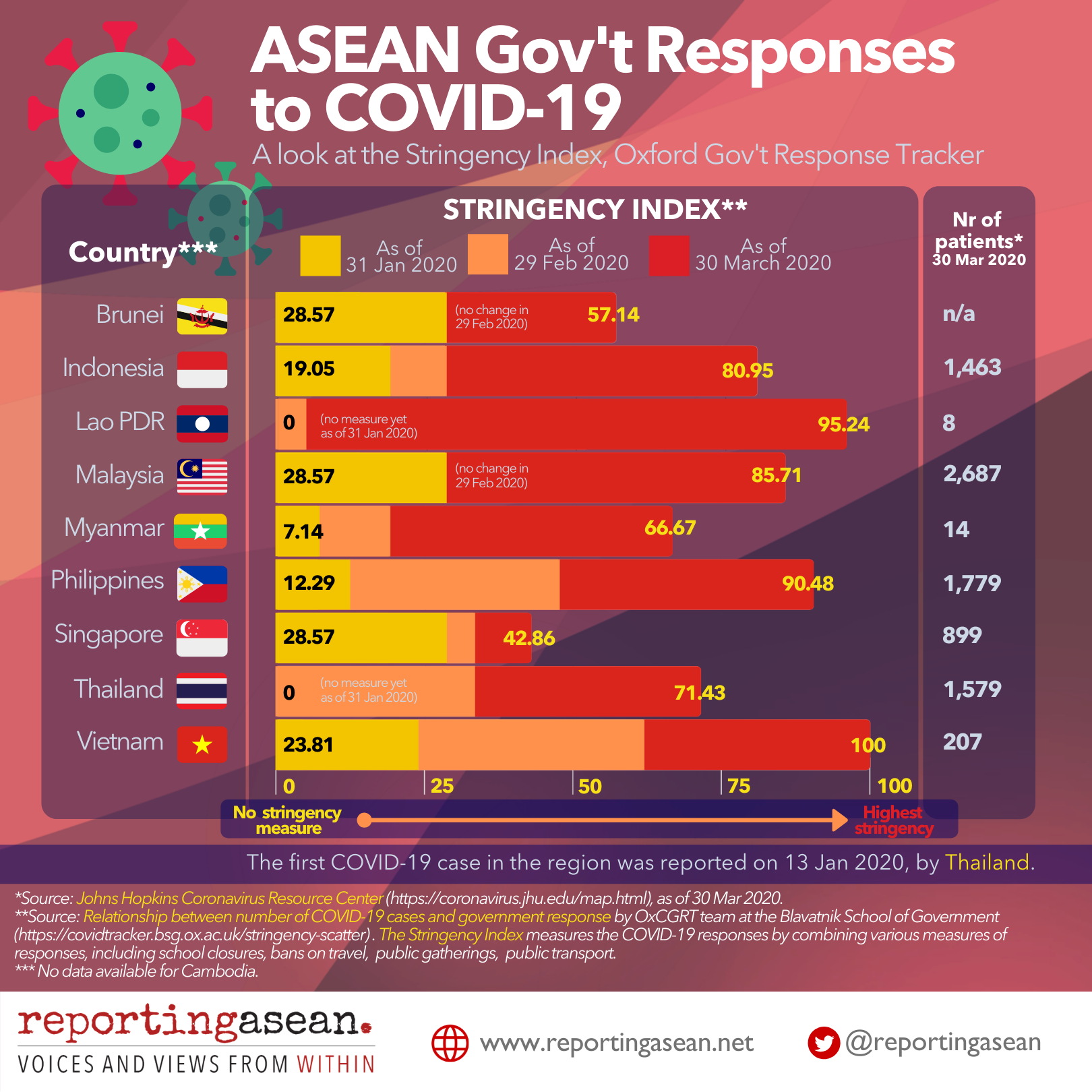 If ASEAN countries were climbers headed for a mountain summit, one could say that they took different paths with varying degrees of steepness, all heading to the ‘peak’ that is a high level of stringency of public measures amid COVID-19.

When, and which restrictions the region’s governments took, are captured in the accompanying infographic that draws out data from. the Stringency Index of the Government Response Tracker, which was produced by the Blavatnik School of Government in Oxford University, UK.

Countries like Vietnam introduced measures early, since January, then gradually tightened measures to reach very strict measures by March. Others, like Singapore, have kept their restrictions at a more even keel after introducing them early, too.

Thailand is among the countries that brought stringent measures after other countries, and has kept these measures somewhere in between those with the least movement controls and those with the most. Its stringency level is 71.43, below Indonesia and Malaysia’s but higher than Myanmar’s.

Then there are others like Laos, which put in its restrictions on mobility and public gatherings later than others, then quickly tightened them to reach a near-full level by the of March.

The measures monitored by the response tracker include school closures, bans on travel, public gatherings, public transport from January to March 2020.

The stringency index lists and collates government measures, but are not about issues of their implementation and effectivity, and connection, if any, with the number of COVID-19 patients.