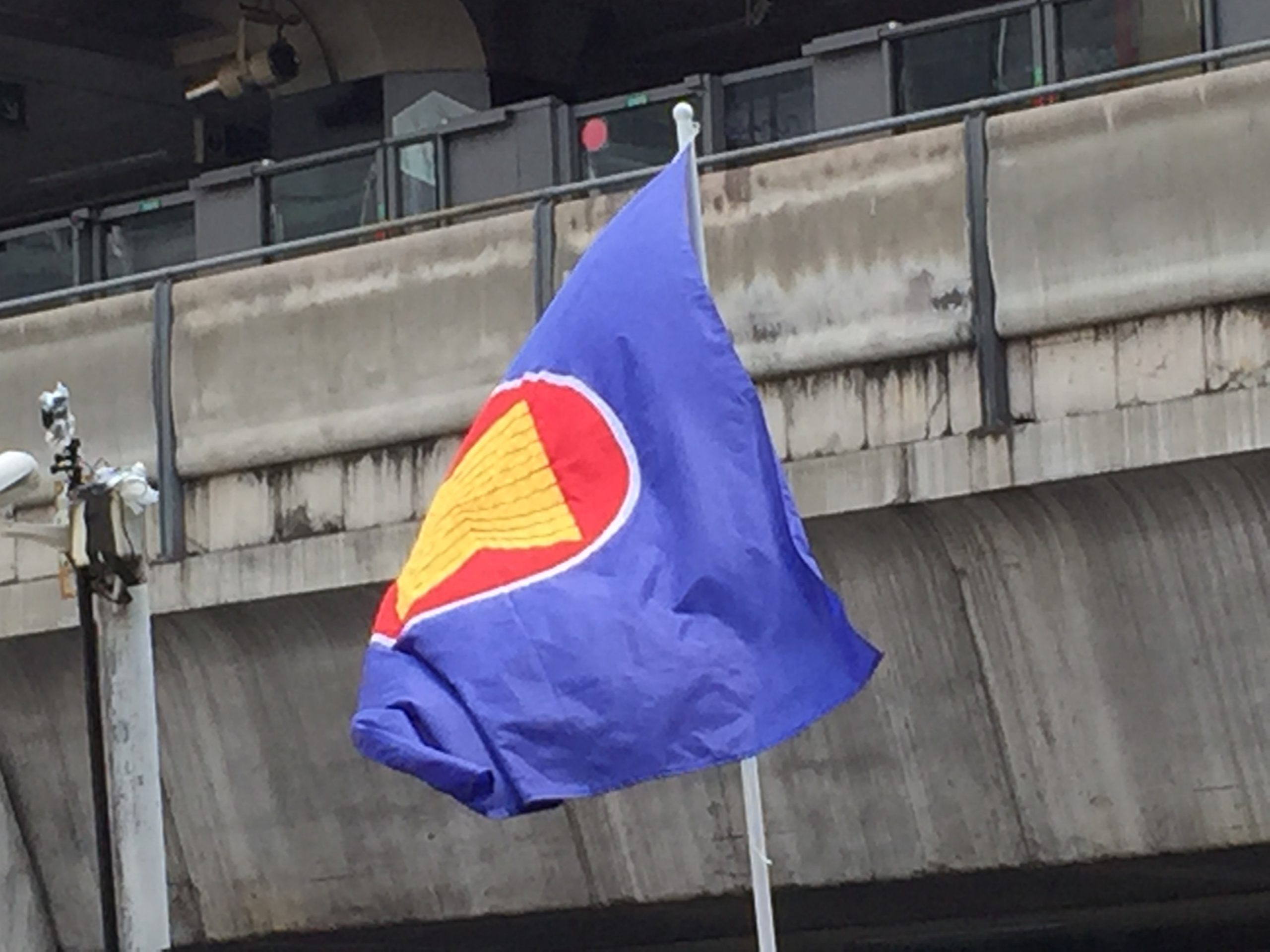 SINGAPORE, Aug 17 (Reporting ASEAN/IPS Asia-Pacific) – The clock is ticking towards the Dec. 31 launch of the ASEAN Community, but there remains a wide gulf between governments’ enthusiasm for it and the public’s limited understanding of what it really means and how it will change their lives.

ASEAN remains gung-ho over the launch of the Community that aims to bring together its 10 member countries politically, economically, socially and culturally.  The organisation marked its 48th anniversary on Aug. 8.

The action lines for the Community’s formation will be “completed with significant achievements across all three pillars (economic, socio-cultural and political),” the ASEAN foreign ministers said in a joint communiqué after their August annual meeting in Kuala Lumpur, the capital of Malaysia that is this year’s ASEAN chair.

In fact, this early, ASEAN is already looking to the Community’s post-2015 vision. Malaysian Foreign Minister Datuk Seri Anifah Aman was quoted as telling Bernama news agency: “It is not the end of our regional integration process but the beginning of a new era for ASEAN.”

But among ASEAN’s publics this close to the launch date, the ASEAN Community’s vision of having free flow of trade, seamless travel between countries and a sense of connectedness among peoples still remains largely at a higher policy level. 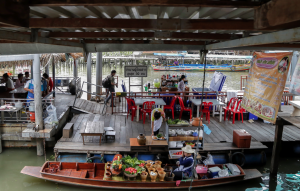 “I’ve heard about the ASEAN Community on the news, but I wasn’t paying attention,” Nur Suraiya Taib, a Singaporean medical technologist, said in an interview. “Half of the reason why I don’t really care is because I don’t know much about it. I just know that ASEAN always has summits.”

“To me, ASEAN means to be part of a bigger community, as there are similarities in the cultures, beliefs and lifestyles. But I have not actually heard much about the ASEAN Community,” added Erika Loh, a Malaysian student.

Their views echo the findings of public opinion surveys commissioned by the Jakarta-based ASEAN Secretariat and the ASEAN Foundation over the years, which show that awareness of ASEAN’s existence is high but does not translate into an understanding of what it does and how it affects their lives.

These findings show that much remains to be done in strengthening citizens’ identification with ASEAN, whether in 2007 – when the first study was done – or in 2014.

A fact sheet on the findings of the 2014 survey of perceptions of ASEAN among young people noted that while “positive attitudes towards ASEAN have remained generally consistent”, “self-reported familiarity (with ASEAN) declined modestly” compared to 2007.

Commissioned by the ASEAN Foundation, the 2014 survey was done by the Institute of Southeast Asian Studies (ISEAS) in Singapore, the National University of Singapore and Chulalongkorn University in Thailand. It polled students in 22 universities in 10 member countries.

The survey results are expected to be published in August. The 2014 project aimed to assess if there were changes in attitudes and awareness toward ASEAN among young people since the 2007 survey, which was also commissioned by the ASEAN Foundation.

Likewise, a separate 2012 survey commissioned by the ASEAN Secretariat found that while 81 percent of respondents were “familiar” with the general concept of ASEAN, 76 percent “lack a basic understanding” of what the organisation actually does.

The detached attitude toward ASEAN is especially prevalent in Singapore, the tiniest but most developed of all the 10 countries. One of the freest and most competitive economies in the world, the island city-state of 5.5 million people is a global financial hub with the world’s highest percentage of millionaires and a Gross Domestic Product (GDP) of 300 billion US dollars. Because it is already such an open economy, integration under the ASEAN Community is not expected to bring as deep a change as it might for other countries.

“Singapore eyes its competition with the advanced industrial countries and sectors. ASEAN is too small and limited for Singapore’s real economic growth,” Thanet Aphornsuvan, head of the ASEAN Studies Programme at Bangkok’s Thammasat University explained in an email interview.

In Thailand, the government has taken to heart the campaign to push awareness of ASEAN, from schools to government offices. Many more media programmes proclaim a focus on ASEAN today, though mostly on the level of getting to know the other countries’ cultures rather than about integration itself.

But even in a country where ASEAN gets an extra boost, the fact sheet on the 2014 awareness survey shows that Thai university students have a “greater ambivalence toward ASEAN as compared to 2007”.

This doesn’t surprise Thanet. “After the initial launch (of ASEAN) which received a lot of attention, people are now stuck with the same knowledge but nothing more in terms of intellectual or impressive political or economic discourse,” he pointed out.

Civil society groups, including at the ASEAN People’s Forum in April, have pointed out the need to popularise the ASEAN Community discussion, go beyond economic or business benefits and build more people-to-people connections.

Of the three pillars of the Community, the ASEAN Economic Community (AEC) gets the highest level of awareness among the region’s 625 million residents. Among the biggest strengths that an integrated community will have is a combined Gross Domestic Product (GDP) of 2.5 trillion dollars and intra-regional trade valued at 1 trillion dollars.

But even when it comes to the AEC – an acronym often mentioned in media and elsewhere these days – not everybody knows what exactly it entails.

Two out of three respondents in a 2013 survey called ‘ASEAN Consumers and the AEC’, done by the international advertising firm J. Walter Thompson, said they knew about the AEC and 60 percent expressed optimism about it. But when pressed, they could not identify what exactly it entailed. For this survey, there were 2,400 respondents from six countries – Singapore, Malaysia, Thailand, Indonesia, the Philippines and Vietnam.

Indeed, people like Toh Kian Eng, a wholesale seafood specialist here, merely express the hope that ASEAN’s big plans mean better business for all. “It seems that the AEC has to do with trade, which is good if it means more money in Southeast Asia,” he said. “As long as my business is not affected though, ASEAN can do whatever it wants.”

Such sentiments may not be what supporters of ASEAN integration want to hear with the Community launch around the corner.

But then, less than 20 percent of businesses are prepared for the AEC, even though small and medium-sized enterprises account for 30 to 50 percent of GDP and about 90 percent of job creation in the region, Lim Cheng Teck, chief executive officer for the ASEAN section of Standard Chartered Bank wrote in the blog of ‘The Financial Times’ newspaper.  “Amongst the people and businesses of ASEAN, there are those who believe in the benefits of the AEC, while others are sceptical and still others may not be aware at all of what is happening.”

Then, there are the views that a real community entails having enough in common to make ASEAN peoples – not just governments – a cohesive unit despite the wide differences among them. Indeed, ASEAN has among its members industrialised economies to countries with Least Developed Country status, varied economic systems, political systems that range from political democracies to monarchies to communist party-led systems, not to mention different cultures.

A statement by the ASEAN Peoples’ Forum has chastised the association for failing to “meaningfully address the people’s issues” by excluding them from decision-making processes.

“The three spheres of community-building are still seen as separate, even as the aspirations and priorities highlight the interconnectedness of the sectors of cooperation,” Moe Thuzar, lead researcher for socio-cultural affairs at the ASEAN Studies Centre of ISEAS, said in an email interview.

“We need to be aware of the economic disparity among ASEAN nations. Learning from the EU (European Union), there should be exigency and remedial action plans and protocols to mitigate possible challenges that lie in future,” Pingkan, an urban developer from Indonesia, said in an interview.

Activists like Evelyn Balais-Serrano, executive director of the Bangkok-based human rights group FORUM-ASIA, say there is some way to go before the ASEAN Community and its impact on people’s lives is understood well enough. She said: “The knowledge and understanding of ASEAN’s work is very limited. . . . Generally, people would not really associate ASEAN with part of their lives.” The organisation’s real challenge will be in creating a regional “people-centred” identity, she explains.

(*This feature is produced as part of the Reporting ASEAN: 2015 and Beyond’ series, a programme with the support of the Rockefeller Foundation and the ASEAN Foundation/Japan-ASEAN Solidarity Fund.)