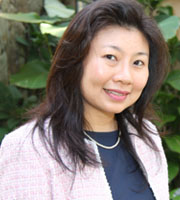 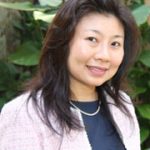 SINGAPORE, Aug 6 -ASEAN celebrates the 45th anniversary of its founding today. 8 August is ASEAN’s “birthday”, celebrated and commemorated in each of the ASEAN member states through activities that promote, assess and reflect on ASEAN’s accomplishments and aspirations for its future.

Half-way through its fifth decade, there is much for ASEAN to reflect upon, including the different changes each decade brought as well as all the possibilities the future holds for the Association and its member states. There are two important points for ASEAN to ponder as it celebrates its 45th anniversary.

What have been the high and low points this year?

The failure – for the first time in ASEAN’s existence – to issue a Joint Communiqué at the annual meeting of ASEAN Foreign Ministers in Phnom Penh in July 2012 will be cited as one of ASEAN’s low points.   At the 45th ASEAN Ministerial Meeting (AMM), ASEAN Foreign Ministers failed to reach agreement on how ASEAN’s views on the activities of claimant states in the South China Sea should be reflected in the Joint Communiqué.  While a silver lining can be found in the diplomatic leadership taken by Indonesia to secure a common ASEAN position on the issue, the events at the 45th AMM tarnished ASEAN’s image and gave rise to commentaries on whether ASEAN’s influence and reach as a collective body had waned.

However, the failure to issue the 45th AMM Joint Communiqué can also be seen as a “high” point for ASEAN, albeit more of historical significance than topical.  The furore in the media on the 45th AMM outcome focused attention on important learning points for ASEAN:  the unity of purpose in ASEAN community-building should not be overshadowed by national interests, and it is in no-one’s interest to divide and weaken ASEAN.

After 45 years of cooperation, what does ASEAN mean to the peoples in the member states?

ASEAN’s progress is not immediately visible in building and sustaining partnerships for community-building.  There is a tendency to overlook the reality that people are at the centre of any community-building process – whether political, economic or social.  ASEAN has tried to address this by consciously prioritising a “people-centred ASEAN” in its regional initiatives.

It is encouraging that ASEAN has stepped up efforts to address and assist the situation of migrant workers, particularly the lower-skilled workers who may not have access to the ease of movement across borders that higher-skilled professionals do.  ASEAN has taken a brave step forward in acknowledging (at the 12th ASEAN Summit in Cebu, the Philippines in 2007) the need to protect the rights of migrant workers in the region.  An ASEAN Instrument on the Protection and Promotion of Migrant Workers – currently in the final stages of consultation – to give effect to this acknowledgement.

ASEAN has also progressed in placing the human rights discourse on the regional agenda. Since it first enunciated its position on human rights in 1993, ASEAN has formally committed its member states to the protection of human rights in the ASEAN Charter (which entered into force in December 2008).  ASEAN now has two regional bodies on human rights: the ASEAN Inter-governmental Commission on Human Rights (AICHR) and the ASEAN Commission for the Promotion and Protection of the Rights of Women and Children (ACWC).  While these bodies can be said to be still in a nascent and initial stage, the fact remains that ASEAN members are now comfortable enough to discuss sensitive issues on the regional agenda in a way that was unimaginable a decade ago.

Many ASEAN projects and programmes have brought about imperceptible changes that impact the lives of people in ASEAN member states.   There is now a greater ease of travel and movement among countries in the region.  Universities in the ASEAN member states are collaborating on credit transfers among the members of the ASEAN University Network, and student and faculty exchanges.  A project on home-based care for the elderly has resulted in more attention paid to ageing societies and the attendant policies in ASEAN countries.  Annual discussions are held between government and non-governmental organisations (NGO) on social welfare and development concerns, including youth, women and HIV/AIDS. Communities of practitioners have been formed around transboundary concerns such as emerging infectious diseases, disaster management and emergency response, and haze pollution. More efforts are being made to bridge the gap between civil society and the policy community.

ASEAN is progressing. Much of it is happening at the national level. At the regional level, ASEAN facilitates the sharing and exchanging of ideas, challenges, and concerns.  ASEAN member states can build on this foundation as they continue their journey toward regional integration.

This article contains Moe Thuzar’s personal views. It is also available at the ASEAN Studies Centre website at http://www.aseanstudiescentre.org