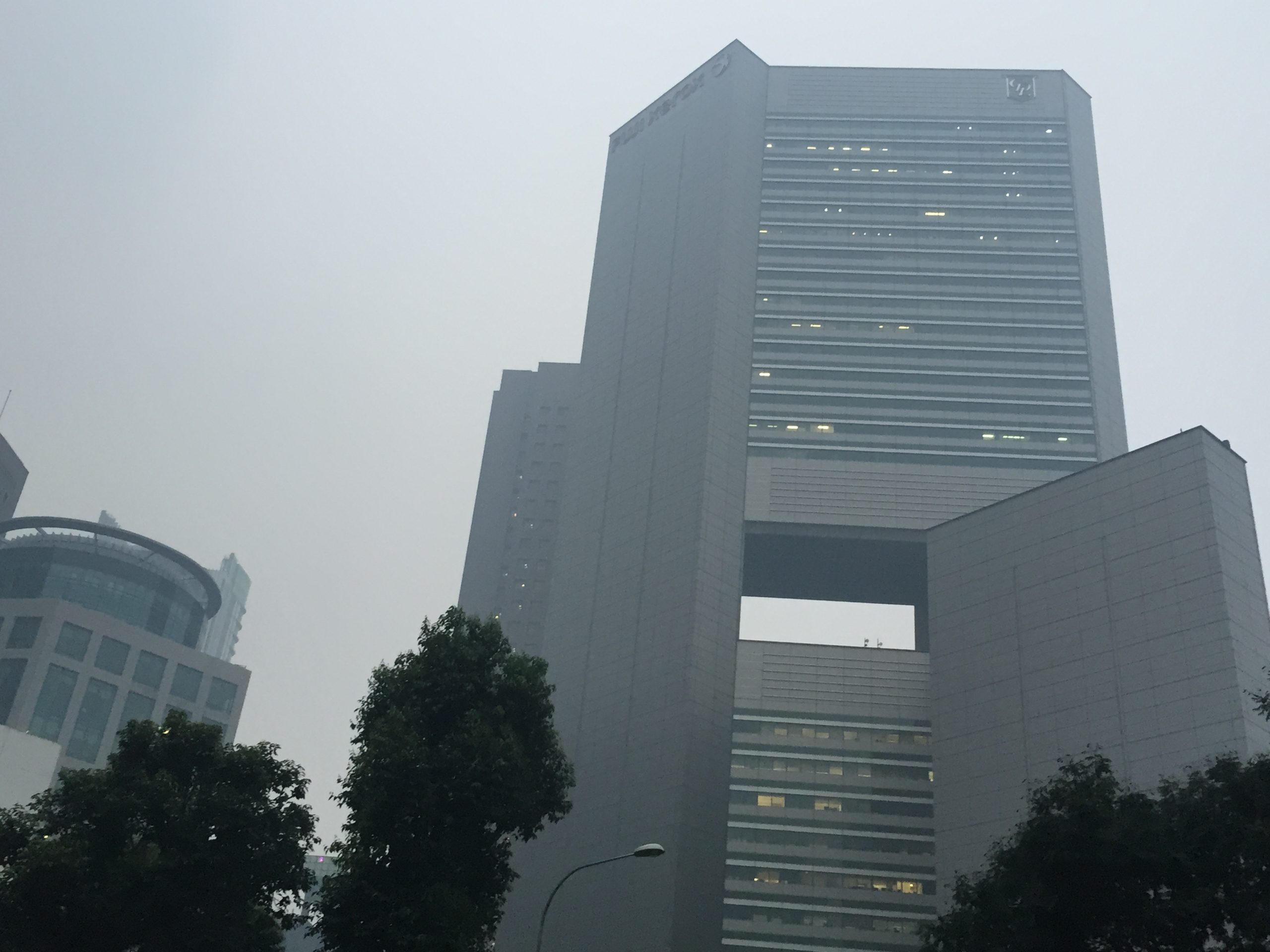 Home » Features » ASEAN Agreement On Haze? As Clear as Smoke

JAKARTA, Oct 10 (Reporting ASEAN) – A regional agreement on managing transboundary haze caused by fires raging in Indonesia’s forests and peatlands appears all but buried in the embers of frustration of its neighbouring countries.

Nearby Singapore and Malaysia, apart from eastern Indonesia, have been hardest hit by the haze, which has been sending air pollution indices soaring to unhealthy levels for more than a month now. In recent days, the winds have blown the haze to southern Thailand as well.

In parts of South-east Asia, a pall of grey hangs over the skies from morning till dusk, and scenes of residents walking around with masks have become common.

Over the past month or so, schools have been closed at some point, flights delayed, or outdoor activities cancelled or limited, with warnings about the risks to children and the elderly, as countries asked Indonesia, with whom they are members in the Association of South-east Asian Nations(ASEAN), to address the burning of forests and land in eastern Indonesia.

After months of digging in its heels and saying it can manage on its own, the Indonesian government was quoted as saying this week it believes foreign help would be needed to put out the fires.

“This has proven quite a challenge for us, so we see it as a necessity to work together with countries that have the available resources to extinguish the fires,” foreign ministry spokesman Arrmanatha Nasir said on Oct. 8. He said Indonesia’s foreign minister, Retno LP Marsud, had talked to Singapore, Malaysia, Russia, China and Australia “to discuss cooperation initiatives to overcome fire hotspots”.

But in these discussions about the fires, there has hardly been any mention of the 1997 ASEAN Agreement on Transboundary Haze Pollution, a legally binding agreement among the 10 member countries of the organisation. These are Brunei, Cambodia, Laos, Indonesia, Malaysia, Myanmar, Philippines, Singapore, Thailand and Vietnam.

In truth, activists say, they did not have much hope in the ASEAN haze agreement and ASEAN’s ability to hold its members to its own commitments.

“The agreement is said to be legally binding, but ASEAN has no court to try offenders,” Nur Hidayati, head of the advocacy department of the Indonesian Forum for Environment, known by its Indonesian acronym WALHI. She added that the haze accord would likely meet the same fate as the ASEAN Inter-governmental Commission on Human Rights, whose creation raised some optimism but is now seen by activists as a weak organisation.

Yet this year would have been an opportunity to show the teeth of the haze agreement, which ASEAN has long held up as an example of successful regional cooperation. The haze agreement was the world’s first regional arrangement that binds a group of states to tackle transboundary pollution from land and forest fires.

After years of resistance, Indonesia – whose inability to control the fires for nearly two decades has been an irritant in its ties with its neighbours – finally ratified the haze agreement in September 2014 and became legally bound by it. That is 12 years after Indonesia signed it with other ASEAN countries in 2002, a fact that has raised doubts about ASEAN’s ability – or will –  to enforce its own decisions.

ASEAN countries are also moving toward deeper economic integration and launching the ASEAN Community in December 2015, but addressing transboundary tensions continue to challenge the 48-year-old organisation.

“If the most powerful three members of ASEAN (Indonesia, Singapore and Malaysia) are not able to address a recurring and predictable problem (haze), what hope does the region have for economic integration with the ASEAN Economic Community that is going to be finalized end of this year?” asked a September commentary in the ‘Jakarta Post’ newspaper by Joseph Cherian of the Centre for Asset Management Research and Investments, Jack Loo of Think Business and Ang Swee Hoon of the National University of Singapore Business School.

Singapore and Malaysia have repeatedly offered assistance to put out the raging fires, but Indonesia’s officials until recently said they could manage on their own.

THANKS BUT NO THANKS

“For the time being, we are only thinking of exhausting all of our internal resources before seeking external assistance,” J S George Lantu, director of ASEAN functional cooperation of the Indonesian foreign ministry said in an interview earlier in October. “We really appreciate their offers of help but as a sovereign state we don’t want to seek to external help without trying hard enough to put out the fires. We can handle the fires ourselves,” the diplomat said.

But Indonesia is showing “complete disregard for our people, and their own,” Singapore Foreign Minister K Shanmugan told the British Broadcasting Corp earlier in October.

The head of the environment division of the Jakarta-based ASEAN secretariat, which oversees the implementation of the ASEAN haze agreement, said Indonesia’s responses to the fires were in line with the accord. “Obviously, Indonesia can deal with the fires with its own resources,” division head Ampai Harakunarak said. “All member states are standing by, ready to receive requests from Indonesia.”

In truth, “Indonesia ratified the agreement under strong protest from Singapore and Malaysia over haze pollution. It (the ratification) was more as a political gesture than a statement of intent,” said WALHI’s Hidayati.

President Joko Widodo had instructed government agencies to handle the fires in peatlands and forest being cleared by plantations for products like palm oil or paper. Foreign companies run many of them, prompting Singapore’s National Environmental Agency to name five companies with Indonesian concessions suspected to be contributing to the haze. 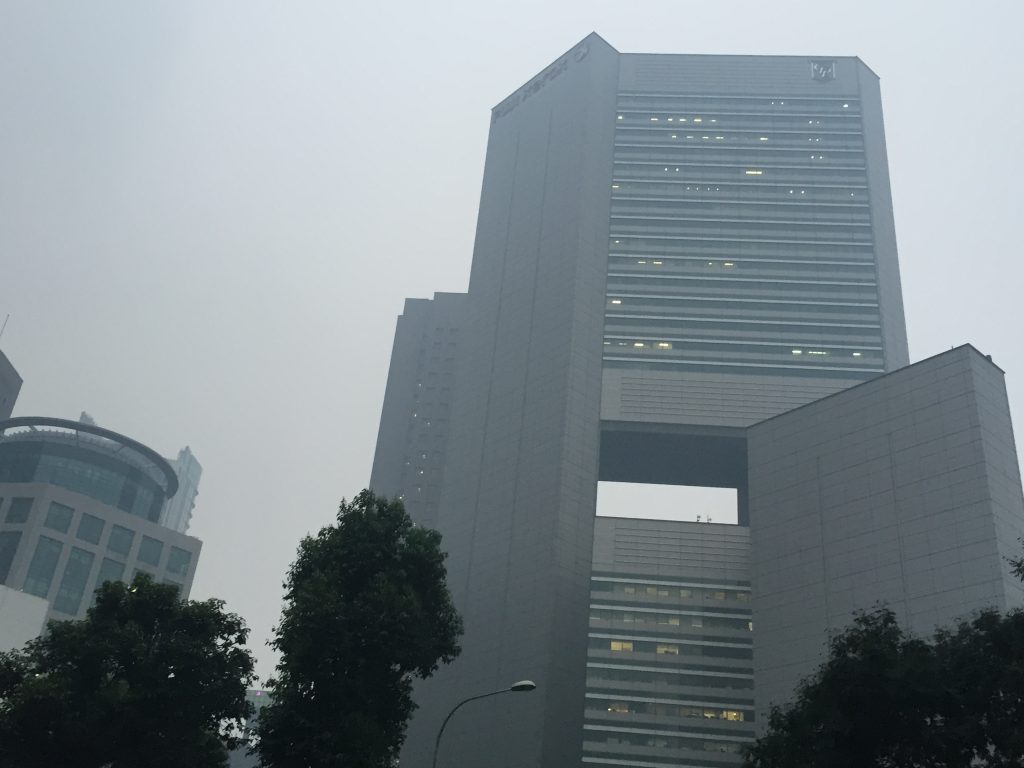 The Singapore Environment Council and Consumers Association of Singapore have urged consumers to use only products of companies that do not use burning practices in Indonesia.

Satellite images show that 70 percent of hotspots in Sumatera and Borneo islands in Indonesia in local plantations. Some 1.7 million hectares of land, more than a third of which are on peatland in Sumatra and Kalimantan, have been burned, Widodo said.

Clearly, Indonesia has a lot of cleaning up to do of the concessions it gives to plantation companies and enforcing of local laws, critics say.

Land and/or forest fires have plagued Indonesia annually over the past 18 years or so due to unprecedented expansion of pulp and paper companies and oil palm plantations and their conversion into easy-to-burn peatlands, according to WALHI.

“By nature, tropical rain forests are impossible to burn due to high humidity. However, when tress are felled and monoculture system introduced in oil palm and rubber plantations or forest estates, their humidity disappears and they become vulnerable to fires,” Hidayati said.

Government officials say they have frozen some oil palm and forest concessions, adding that they have fined some companies and that others are awaiting trial. “Previously, we only charged individuals or corporates violating the 2009 environmental law in criminal and civil courts. Since January 2015, however, we also impose administrative sanctions on them by either freezing or revoking their concessions,” said Muhammad Yunus, director of the criminal law enforcement division of the Ministry of Environment and Forestry.

But the government must review all forest and plantation concessions to determine whether companies can handle fires, Hidayati said. “A fire that breaks out in a plantation or forest estate should been seen as a concession holder’s inability to manage the land and thus serve as a ground to revoke the concession, regardless who sets it or whether or not it’s deliberate.”

Untung Suprapto, head of the land and forest fire control sub-directorate of the Ministry of Environment and Forestry, said his office is drafting a regulation that would require plantation and forest concession holders to have own firefighter teams, trucks and equipment. “The size of firefighter teams for each concession holder would correspond to the size of their concessions,” Suprapto said.  (END/Reporting ASEAN)

(*This feature is part of the ‘Reporting ASEAN: 2015 and Beyond’ series run by IPS Asia-Pacific and Probe Media Foundation Inc, with the support of the ASEAN Foundation/Japan-ASEAN Solidarity Fund and the Rockefeller Foundation.)