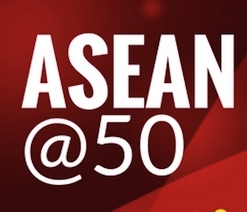 BANGKOK, Jan 8 (Reporting ASEAN) – ASEAN is 50 years old this year. That is a milestone for a loosely constructed regional organization, which five countries created at the height of the Cold War, to have come this far. Since then, its member countries have since transformed ASEAN into a rules-based entity encompassing all the countries in Southeast Asia. At the end of 2015, the ASEAN Community was officially launched.

The founding fathers would have been very proud of the accomplishments resulting from their three-day deliberations during the first week of August in 1967 in Bang Saen, a seaside resort located 80 kilometers outside Bangkok.

Obviously, the biggest prize for the grouping has been the preservation of peace, stability and 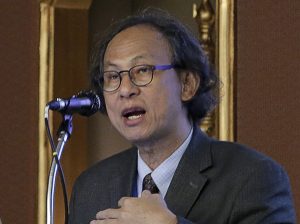 prosperity among the 10 member countries – and their close relations with dialogue partners. These stable bonds have propelled the grouping’s economic growth and boost its international profile. Through the highs and lows of the regional and international political landscapes in the 1990s and 2000s, ASEAN has managed to stick together and overcome the myriad challenges that have come its way.

It has become a norm in ASEAN that talking is better than making war or indulging in behavior that leads to the escalation of conflict. The ASEAN Way has allowed the peaceful settlement of conflicts within the organization.

Dr Surin Pitsuwan, secretary-general of ASEAN from 2008-2012, told ‘Reporting ASEAN’ that ASEAN leaders know the best way to fight outside threats, and this has kept the organization together. “With the current global situation and uncertainty, ASEAN must not rest on its laurels. It has to adjust and keep up with the global trend,” he emphasized.

He observed that as ASEAN member countries, including the new members, grow stronger both economically and politically, the ASEAN Code of Conduct must be more dynamic and open to facilitate deeper and more meaningful dialogue and consultation. “The objective is to increase solidarity and mutual understanding among the ASEAN members,” he said. “That way, ASEAN centrality is unshakable.”

After its enactment in 1976, the Treaty of Amity and Cooperation has been instrumental in uniting ASEAN and guiding its responses to the outside world. The principle of non-interference has provided its member states the much-needed confidence that other member countries would not meddle with their internal problems.

However, the South China Sea disputes, which have been making global headlines through the past six years, have raised doubts about whether ASEAN members could work together to protect their collective interest. As always, ASEAN’s slow decision-making process has drawn harsh criticism. Political pundits want to see ASEAN make decisions based on a results-oriented approach.

In the future, Surin reiterated, ASEAN must make decisions faster – but these must still be based on consensus. “Ways must be found to ensure that ASEAN can respond to crises or emergencies in time, especially those that render regional implications,” he pointed out.

As the Philippines is at the helm of ASEAN this year, there are fresh challenges that would require the chair’s leadership and tenacity. There are also high expectations that as the country that gave birth to ‘people power’, the Philippines would further strengthen the people-centered approach of the ASEAN Community.

Dr Suriya Chindawong, deputy director general of the ASEAN Department at the Thai Foreign Ministry, told ‘Reporting ASEAN’ that ASEAN has to be more inclusive and consider inputs from common people. “After all, the well-being of ASEAN citizens would be the barometer of ASEAN’s future success and longevity,” he said.

He said that ASEAN’s other challenges in the coming years would comprise both traditional and non-traditional issues such as climate change, food security and safety, terrorism, disaster management, poverty eradication as well as issues related to social protection.

As the ASEAN Community enters its second year, it has donned on ASEAN leaders that besides political and economic objectives, the most important aspect of ASEAN cooperation remains in the area of development.

“ASEAN has a clear vision to pursue sustainable development goals both within regional and international contexts,” added Dr Suriya, referring to the UN Sustainable Development Goals (SDGs) adopted in September 2016.

Thailand is serving as coordinator between ASEAN and the United Nations to ensure that their SDG goals are synergized and complementary to each other’s. “That way, ASEAN can move forward with the rest of the world,” he said.

It remains to be seen how ASEAN would be transformed during Manila’s chairmanship and beyond. It is obvious from now on, however, that ASEAN as a collective organization cannot be passive as it has been in the past, now that its member states have become more active in engaging in regional and global affairs.

(*Kavi Chongkittavorn is a columnist with ‘The Nation’ newspaper, and senior fellow at the Institute of Security and International Studies at Chulalongkorn University in Bangkok, Thailand. Visit the Reporting ASEAN site www.reportingasean.net.)