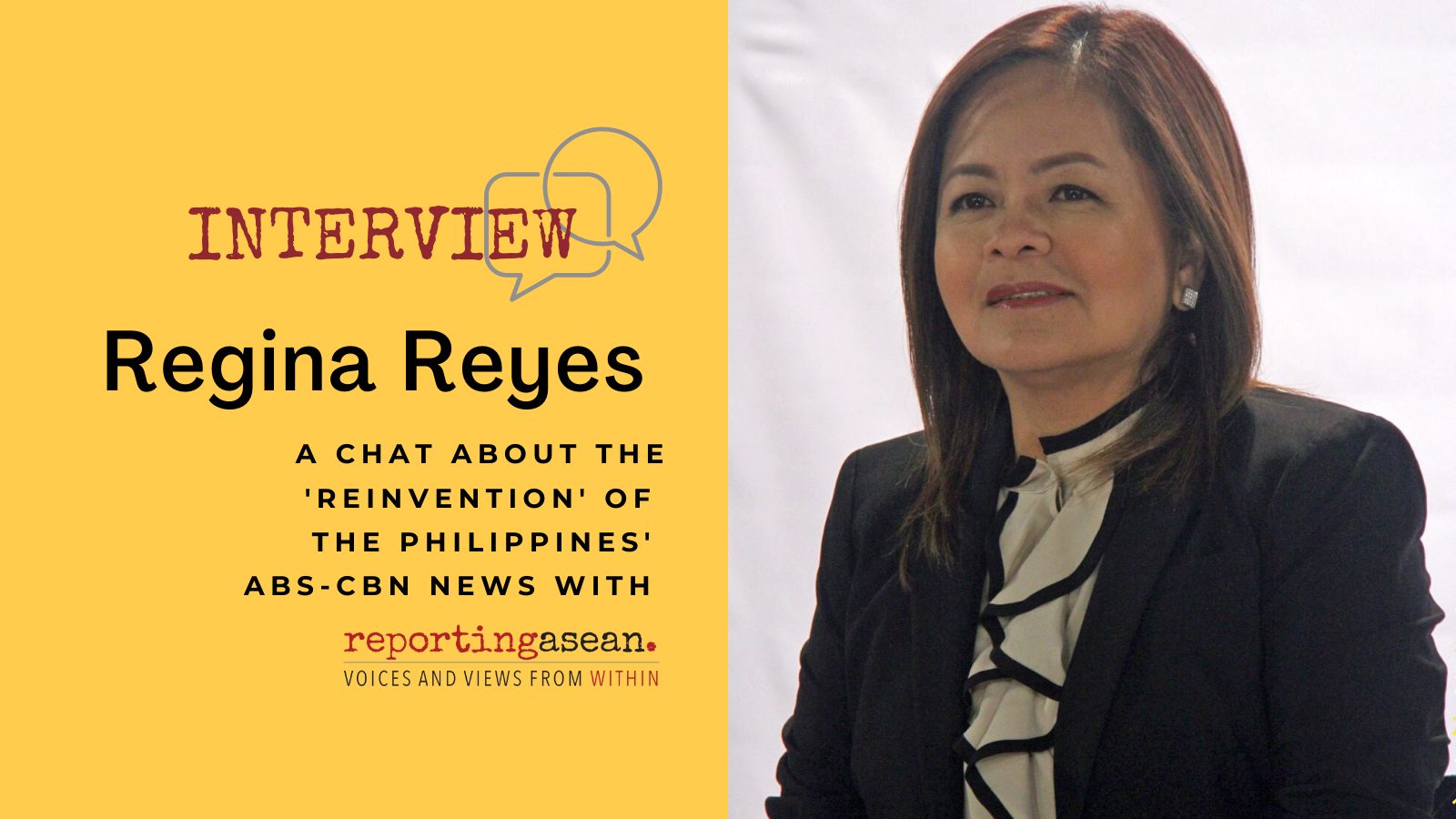 After the Philippines’ broadcast giant ABS-CBN network lost its franchise to operate in 2020, the prediction was that the country’s largest network would roll over and die. Indeed, it hurt badly: Massive retrenchment followed. Television and radio stations, including those spread across this country of more than 7,100 islands, went silent.

But eight months later, ABS-CBN is not just alive but has been migrating to the online world, where it has become the country’s leading local content producer for both news and entertainment, in digital.

Today, ABS-CBN News has nearly 12 million YouTube subscribers and calls itself “the most subscribed and most viewed YouTube channel in all of Southeast Asia”. On Facebook, it has almost 22 million followers. ABS-CBN’s entertainment unit alone has a combined audience of more than 50 million in Facebook and YouTube. Both news and entertainment units have a dominant presence on Twitter, Instagram and other streaming platforms.

After winning the 2016 presidential election, Philippine President Rodrigo Duterte began lashing out at the network for its critical reportage of his drug war, among others, and accusing it of bias. His repeated remarks against the renewal of the network’s licence paved the way for his political allies in Congress – Philippine law requires it to issue 25-year franchises – to make this a reality in July last year.

Whether ABS-CBN get its broadcast franchise back remains uncertain. Reyes calls the experience of losing its license amid a polarized and partisan political setting “traumatic” for all of them.

At the same time, “our reinvention began years before the ABS-CBN franchise was killed. It so happened that the shutdown of our broadcast operations fast-tracked our digital transformation,” Reyes tells Booma Cruz in this Reporting ASEAN conversation below.

Legacy media – ABS-CBN is Southeast Asia’s oldest broadcaster that started in 1953 – are often seen to be less than nimble in digital transformation. But Reyes, who is senior vice president and head of integrated news and current affairs of ABS-CBN Corp, says the network now combines its legacy brand and audience with its younger, online-all-the-time community but cannot “lose sight of our purpose as journalists”.

Reporting ASEAN: Did you expect the President to make good on his threat?

Reyes: In the beginning, when the attacks were about the unaired political ads (in the 2016 election), I harbored some hope that it was a misunderstanding that would eventually be ironed out, that there was a lack of proper communication. . . . But when the attacks escalated into threats directed at the franchise, I noticed a dramatic change in the tone and in the President’s choice of words.  Since that time, I had always expected the worst.  I guess it was instinctive.

As a manager facing such a threat, how did you prepare for such an eventuality?

Reyes: No matter how much I prepared myself for the worst, the cease-and-desist order on May 5 (before the final non-renewal of franchise) stunned me. But I had to take charge and give direction to the news team.

In the months preceding that day, the news management team had talked about how to break the news on our digital, TV, radio and cable platforms, who’d make the announcement to the people, how would the story be covered and carried in our platforms, etc. We also went full blast on all our digital plans beginning in 2017 as part of our overall organizational strategy. It served us well when we lost our free-to-air (broadcast) platform.

One major strategic initiative we are pursuing are international partnerships involving content for more news consumers to watch and read. Growth is really outside. We have to go beyond the Philippines. We actually started pursuing this in 2019 even before the shutdown. I knew this day would come.

ABS-CBN news is very much alive. How did you do it? How is the news team able to cope with all the political challenges in this administration, a very competitive media industry, and a killer virus?

Reyes: We’ve constantly pursued innovative ways in the way we gather and deliver the news. Over the years, our news organization has learned to blaze new trails, adapt to disruptive changes, and reinvent itself. We also did our best, with the help of the Research Group, to really get to know our audience and what they needed from us as a source of news and information. We made sure we excelled on radio and television, but we also embraced digital early on. . .

We also knew that the news consumers of today have so many choices, the digital audience have the whole gamut of online shows, videos, articles, posts, stars, and influencers to click or follow. I believe our reinvention began years before the ABS-CBN franchise was killed. It so happened that the shutdown of our broadcast operations fast-tracked our digital transformation.

What is/was the biggest challenge for the news team? The biggest need? How are you trying to make opportunity from all these “problems” or challenges?

Reyes: Our biggest challenge remains to be covering the news during a pandemic. We’ve been following a set of editorial guidelines to ensure that we don’t lose sight of the vital information that the public needs to know about COVID-19, the vaccines, the lockdown and restrictions, and how government and communities are responding to this health emergency. We’ve been observing strict safety protocols to make sure our news teams and production staff remain in good health while they do their jobs.

The continued attacks against ABS-CBN are a major concern for our news people. It adds to the feeling of uncertainty. Almost 31 percent of the network’s news personnel were laid off following the shutdown. The events of 2020 were traumatic for us all, and it doesn’t help that the franchise has become a recurring news item, courtesy of some politicians. As News Chief, part of my job is to boost morale and push everyone to keep going, and not lose sight of our purpose as journalists.

We can no longer use our broadcast transmission equipment — those big trucks carrying our satellite dishes that were so useful during calamities are part of the services covered by a franchise — and access to some offices and agencies can sometimes be a problem. But the difficulties we now face as we cover the news have pushed our teams to tell better stories and to deliver them in the most engaging ways possible.

What innovations, new methods, have you tried?

Reyes: Our pivot to digital began a few years ago, so by the time the broadcast shutdown took place, many of us have embraced the digital-first workflow in the newsroom. Of course, that was a long and difficult adjustment for us that required a major culture change. After all, the flagship news program ‘TV Patrol’ was the center of all the work, manpower and resources for many years.

How is the news team adjusting to the ‘new’ digital setting? Is there more room for “experimentation” in digital media platforms than in television?

Reyes: The digital pivot was exciting and full of new opportunities. This was something that we evangelized to the team, to get them on board or support the numerous digital projects that we launched.

Going digital meant limitless possibilities, which gave our people room to explore and experiment, fail and try again, until they come up with a good product. Producing for digital is definitely cheaper than for TV, but then, TV still rakes in the bigger advertising revenue. Way, way bigger. Which is why we had to shut down our current affairs programs. We didn’t have the financial wherewithal to continue producing them without a broadcast platform and its corresponding ad revenue.

With the change in media platform, who is ABS-CBN news’ audience?

Reyes: I believe that we owe much of our digital success to the deep and lasting relationship we’ve had with our legacy audience. A majority of our digital audience knew us from our ABS-CBN shows. As they discovered this new digital platform, the social media networks and others, they also discovered that we were present there. But apart from our TV shows that are now on digital, we also attracted new audience with our unique digital offerings never shown on TV.

Currently, our digital audience is a good mix of users from the Philippines as well as outside the country. We enjoy very strong digital traffic from North America and the Middle East.

ABS-CBN entertainment shows are now back on air in two channels through block time arrangements. Are there similar plans for ABS-CBN news?

Reyes: We will continue to push for additional platforms to carry our news programs.